The Sideshow S3|02: Jinkies! Looks Like We’ve Got Another Mystery on Our Hands - Roll For Combat 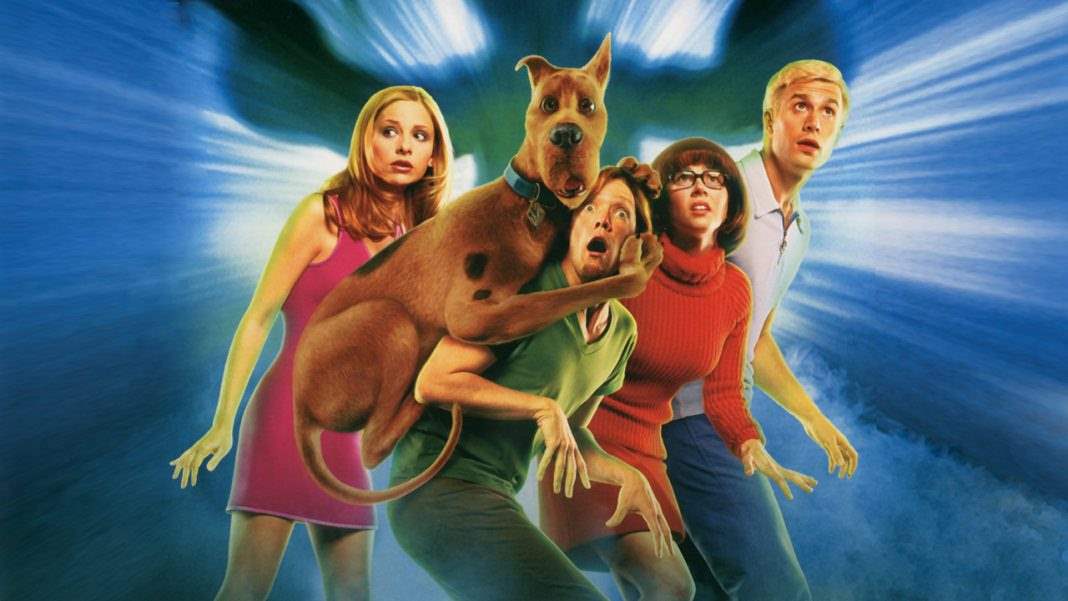 Jason recaps the events from Three Ring Adventure S3|02: So, Come Up to the Lab, and See What’s on the Slab!

First, a brief confession. I almost accused Steve unjustly. I thought the name of this area was the “Swordlands” and Steve was doing some obnoxious “Whil Wheaton” thing with his pronunciation. I was prepared to jump all over him for mispronouncing words again… and then I saw the map, and it’s actually “Swardlands”. A “sward” being an expanse of grass. So… OK. The mildest of mental apologies for the false accusation I JUST stopped myself from making.

This is one of those transitional episodes that’s a little hard to write about. It’s nobody’s fault, and it’s not even a bad episode. It’s just all transition… we’ve got to tee up a bunch of stuff that’s going to be important to the plot moving forward, and there’s no other way to do that except to have the characters grind through a bunch of talk-y stuff that takes as long as it takes to make their rolls.

It’s still entertaining, but it’s held together almost entirely by the banter between the players, and that can be tough to really comment on. It’s one thing to bring back one funny line that stood out. It’s another thing to just regurgitate 10 or 12 of them and have that be the whole column.

So as we join the episode, we learn that YES, Opper Vandy has ulterior motives for being so outgoing with our heroes, but it’s not as dire as we might have imagined. He’s not evil (as far as we know) and he doesn’t have a basement full of zombies we need to clear out (again, as far as we know)… he’s just been haunted by a ghost for the past 14 months and there’s been a string of… maybe-mysterious deaths? One might argue that hauntings would be an occupational hazard for a mortician, and maybe he’d be a little more prepared for weird undead shenanigans, but whatever… Vandy wants our crew’s help.

(For the record, a chunk of our Discord channel STILL thinks Opper Vandy is the Big Bad Evil Guy. For the moment, I’m cautiously disagreeing – he feels like a catalyst character that gets the plot going and then steps off to the side. But I’m emotionally prepared to be wrong on this one.)

I also couldn’t help notice that the Scooby-Doo parallels are thickening by the minute. I forget the exact context, but I mentioned that comparison back when Riley first joined the party, but now we’re doubling down on it. We already had our four-person crew plus a dog, now we’re going to have an actual haunted manor house to investigate. I suppose we just need to figure out who the fantasy equivalent is for Old Man Weatherby, who wants to knock the funeral parlor down to build condominiums. Slap an ascot on Darius, and we’re halfway to a cease-and-desist letter from Warner Brothers. Or a visit from the Harlem Globetrotters.

And OK, Gibzip can be the Scrappy Doo character that they put in the show to appeal to small children, but everyone not-so-secretly hates.

While we’re on this, can Ateran summon a magical conveyance? A machine that carries our team to their investigation of mysteries, perhaps? We might even call it a [REDACTED BY WARNER BROS LEGAL COUNSEL].

The team’s investigations don’t really offer up a smoking gun. There’s no horrific story of a young girl who fell down Vandy’s well and died and he’s been drinking lemonade from her corpse-water or something like that. After a bunch of digging, the best we came up with was investigating the death that marked the FIRST appearance of the ghost – a farmer named Currew, who lived up the coast to the northeast. Coincidentally, this is ALSO in the direction of the first tower AND an area of stronger corruption. So there might be a two-fer involved here. Knock out a tower AND solve Opper Vandy’s problems for him.

I guess the other clue is Ateran finding the receipt for Vandy’s FIRST funeral. Off the top of my head, I don’t see how that fits the puzzle since the haunting came WAY later, but it’s also hard to totally ignore because Paizo tends to stick to things that are plot-relevant; they don’t tend to include a LOT of extraneous stuff. Especially if you have to do a search to find it. And OK… it’s hard to imaging a guy JUST starting his business in a new town and giving a funeral away for free.

As the team looks at the clues and decides how to proceed, there’s a bit of a dilemma in how to sequence things. Because oh right, there’s still the circus to tend to. Does our team want to have a show first, or do we want to get right into the investigation? Particularly when it comes to doing the advertising, which has a shelf life – if you don’t do the show within a week of promoting it, that effort goes to waste. For the moment the team goes with a few days of investigating, which totally makes sense… might as well get a sense of the scope of the problem before committing in any particular direction. But they ultimately decide to head on up to Matten Cleave (only 8-10 miles away) and see what’s what.

(As an aside: now that they absorbed a bunch of extra acts from the Celestial Menagerie, would they have the option of just designating other performers to do all the other acts and just put the circus in passive mode? I’m not saying they SHOULD do it that way, but COULD they? Kind of a “we got promoted to management” thing.)

Now… regarding travel distance. I don’t want to be too nitpicky, but I was briefly into running, and some of this sits in my craw a little. Even something like 3mph is a fairly casual pace… I could walk 3 mph and not even break a sweat. Even 4 or 4.5 mph is still more of a fast walk than a run, and I’d say jogging starts around 5mph. Now, OK, maybe our team moves a LITTLE slower if they’ve got to carry gear, but the point is STILL that they should be able to make it there in a few hours; it really shouldn’t be an all-day thing. And we didn’t even get into hiring a coach or having Ateran summoning the [REDACTED].

Though as an aside, the idea of Darius and Alhara giving Hap and Ateran a ten-mile piggyback ride is pretty hilarious and I’m all for it. Honestly, I’m making that canon, whether they actually go through with it or not. Hap would probably get a kick out of it, but I suspect Ateran would probably find the whole thing undignified and awkward.

But we’ll actually get around to DOING that next week. This week, it’s just milling around the town collecting rumors. Something about… a circus being in town and crop yields being disappointing?