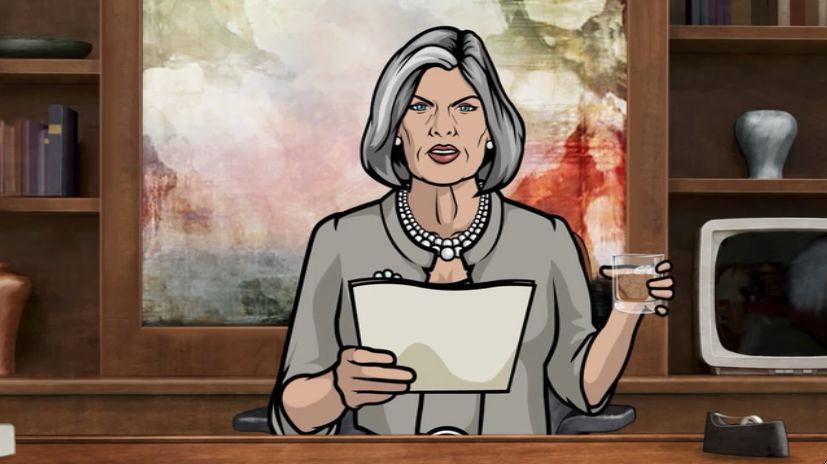 OK, so this is kinda turning out to be a wild ride as we come down the final stretch of this third book.

First, it’s got more false endings than Return of the King. Thessekka felt like the final boss, and it seemed like it was time to break out the party hats when she was defeated. Then there was the dero (Ginjana) that seemed like maybe SHE was the final boss. This time, after killing Ginjana, our group even manages to check the box of visiting the stone and getting the inspiration, so… we’re REALLY done now, right? But then, at the last minute, Ateran goes through Ginjana’s notes and realizes that there’s a THIRD entity – the night hag — unrelated to the xulgaths and Ginjana, and she’s been behind the deaths Opper Vandy originally wanted the group’s help with.

Among other wrinkles, it comes as a bit of a left turn because it SEEMED like the mysteries were starting to converge into a single entity. The room with the brain jars in particular suggested that it was all related: it seemed like the xulgaths are just modifying their tactics or moving into a new phase where they’re attacking civilians in addition to just taking the towers, and they allied themselves with the dero to do that. But now it’s all diverged again, and it turns out we actually have COMPETING serial killers running around here. Ginjana is killing people to further her goal of finding a way to withstand sunlight, and the night hag is doing her own thing, and we’re back to the two mysteries not being related at all.

And we didn’t even get into the possibility that the night hag might be Ateran’s mom! I assume this was just a retcon by Steve: my assumption is that a night hag was always the big bad of this book, and since Ateran is a witch anyway, they decided to make the story a little more personal by folding Ateran’s backstory into it. The only thing I don’t know is where the creative balance lies between Steve, Rob, or a collaboration of the two. I mean, I guess unless Rob P. cheated and read ahead in the adventure, it probably had to start with Steve, but based on how he’s run our other games, I doubt he would’ve made a change like that without SOME level of input from Rob.

Philosophically I like that they went that way with it. You can be cynical and say “well, that’s just too much of a coincidence” or complain about how it’s not what the original writers intended, but this is ultimately supposed to be YOUR (GM and players) story. I feel like it’s setting a nice balance of still respecting the work the original writers did, while still making it your own and personalizing it in ways that put your characters more at the heart of it. If anything, that’s part of what makes a tabletop RPG more dynamic than a static video game. If we all play a Final Fantasy game, we’re all having the same basic experience, though maybe there’s that one weirdo who really LOVES blitzball. In a TTRPG, we can each have our own version of the story that can be dramatically different, and comparing the notes about how we did it differently is part of the fun. And not just the players, the GMs should be allowed to savor the twists they added to THEIR version of the story too.

If you disagree, just think of it as a multiverse. Since I’ve just seen both Everything Everywhere All At Once AND Doctor Strange: Multiverse Of Madness in consecutive weekends, I’ve got multiverses on the brain right now. Just think of Roll For Combat as Golarion-616, where the night hag terrorizing the good people of the Swardlands HAPPENS to be Ateran’s mom. In your Golarion-3210, it can be Generic Night Hag Who’s Not Related To Anyone. Heck, in Golarion-1284, it’s not a night hag at all, it’s actually a hairy male running around killing people.

Sorry, Vanessa… “hail mary”, “hairy male” is gonna stick around for a while.

There was some other action in between. First, we had another new variant of xulgaths. It’s getting to the point where it’s like different flavors of Mountain Dew… how many do you really need?  This fight wasn’t too rough overall, though it got a little messy once one of the xulgaths got into the backline and put a whuppin’ on Hap. Doubly so when she tried to stand back up and got hit with an attack of opportunity and dropped again. But our crew pushed through and ultimately prevailed.

Next up, our team got to visit the aeon stone and formally check the blessing box, though this time, they’re rewarded with arguably the most useful boon yet. Full-time darkvision is already a huge win. Darkvision with COLOR is even better: the one drawback of darkvision is that it’s black and white, so one might be losing some finer details in some situations. This feels like best of both worlds. And if that wasn’t enough… they get a CYCLOPS BLAST as the daily power. Stoneskin was a pretty good one. Raising and lowering the level of ambient water in an area… meh overall, but I have a suspicion there’s gonna be some Lara Croft puzzle later that requires it. But FACE FULL OF DEATH RAY excites me to no end, even if it is just once a day. Just as long as it doesn’t come with Scott Summers’ dickish personality too.

Then our team goes back down for a somewhat frustrating encounter with the golem in the vegetation-clogged passage. First, trying to burn off the vegetation sets off explosions, which is actually kinda cool… a little trap action to mix things up is always welcome. But then they’re facing off against a golem when a) they gave back the water flask, so they lose their best damage source against golems, and b) the golem decides to play the long game and force the party to come to it. (Or, perhaps it’s just defending the area it’s been assigned to, and won’t go outside a boundary.) Unfortunately, the situation settles into a stalemate, and given their depleted resources, the party decides to leave the situation alone and call it a day.

Now, I’m not going to criticize the decision to not go in. Close quarters, difficult terrain, depleted resources: that’s a lot of negatives for what feels like a fairly optional encounter. But I can’t help but feel a little bit curious about what have been on the other side of the golem, ESPECIALLY if it was actually assigned to guard something. Vegetation doesn’t really fit any of the themes: it’s nothing I’d associate with the xulgaths or with Ginjana, so I’ve got some natural curiosity what’s behind that door. But not enough that I’d want them to wipe the party finding out.

So next week, I imagine the team has to return to Kerrick and fight the night hag. The good news is they’ll be able to rest up and tackle it with full resources. The bad news is… well… pretty much everything else. It’s a big bad (does it really have Level 9 spells?), it will probably have a nightmare as a pet, and if it turns out to be Ater-Mom, there may a layer of weird emotional baggage on top of everything else going on. If this is FINALLY the real end of the book, it’s gonna be a doozy.

As always feel free to drop by our Discord channel or other social media and let us know what you think of the show. Thanks for listening and we’ll see you next week.