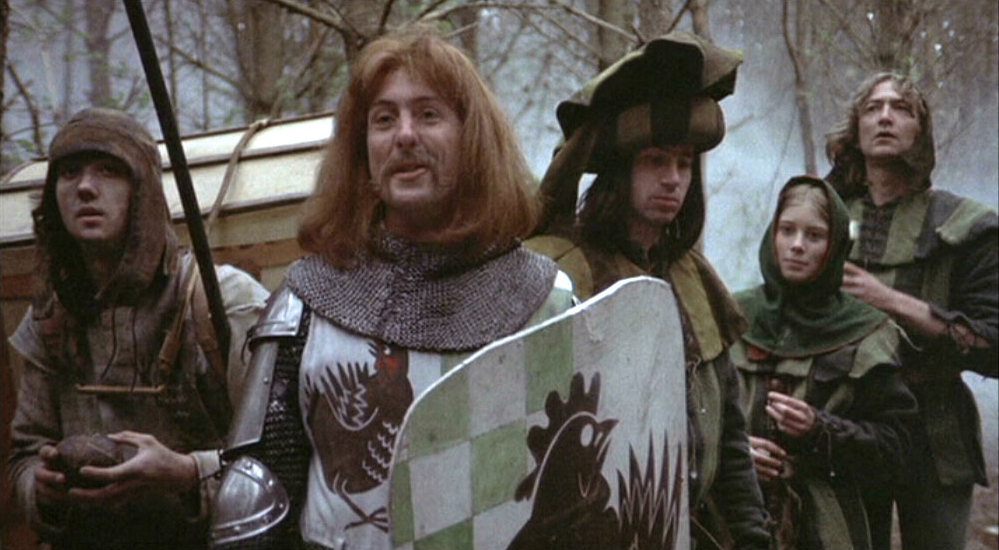 OK, I’m gonna start this Talking with a note of personal bragging. By the time you read this (like, literally… my appointment is today), I should probably have a second dose of Moderna in my arm. One step closer to whatever normal looks like, right? I suppose it’s at least show-related in the sense that it’s a step closer to getting back to in-person conventions and maybe restarting my in-person home game and all that goodness. I don’t know. Progress feels good and I’m excited, so I hope you aren’t rolling your eyes too much that I feel like shouting it from the rooftops a little.

While we’re talking about in-person conventions, the president of GenCon posted an update regarding how they’re planning to handle things so far. With the caveat “there’s still five months for things to change”, you can read it here. Cliff’s Notes: capped attendance, more spaces between exhibits, halls closed for 24-hour gaming so they can do overnight cleaning, but still planning on holding it. Also, they lose the Lucas Oil Stadium space just because moving to September conflicts with football season.

I’m going to actually start with the end of the episode because it was mentioned FIRST in the show notes, and Loren’s been low-key fretting in our group chat about what my reaction is likely to be… the “fight”. We’re calling that a fight? Really? I mean, if one person doesn’t threaten to quit, it hardly even counts, does it?

First, as Steve alluded to in the show notes, “our” group (the original Dead Suns/Edgewatch group) has had MUCH bigger blow-ups than that. Now, I tend to not be the center of many of our dust-ups – I’m the quiet Beatle, after all – but even I have gotten salty once or twice. I’ll just say my big personal red-line is people being too aggressive about telling me what to do. I don’t mind a suggestion like “delay until after me so I can buff” but if you’re basically playing my character for me, that’s when I get a little ornery.

When it comes to the Bag of Holding “fight”, I think there were two different arguments here, but the first was mostly just a rules clarification. At one point it SOUNDED like Steve was saying some spells cast into the bag affected everyone and other spells only affected one pocket dimension, but that wasn’t really what he was saying. First, at least when it came to the fireballs, I think he was just generally joking. But even for the other spells, it was more like “if you buff yourself before you enter, yeah, that buff stays with you, but if you cast a spell on someone already inside, it’s a crapshoot whether you can actually target them”. So I think that one cleared itself up once Steve explained it better.

The more big-picture question is whether the idea of using the bag as transportation itself was tactically sound or cheesy. Setting aside the “Did That Ever Happen On T.J. Hooker?” test, I can see why Loren felt it was sketchy, but I do ultimately side with Steve.

The game has a pretty rich history of using extra-dimensional space in weird ways. It was only a month ago Ateran made a magical freakin’ candy house, and we didn’t hear any complaints about that. Heck, for a more apples-to-apples comparison, I’d point to the spell Rope Trick. It’s a 4th level spell (2nd-level back in First Edition) that creates an extradimensional space at the top of a rope. You climb up the rope and there’s a little space you can hang out in and take your long rest in safety. So other than the fact that the bag of holding is a smaller space, there’s ample precedent that people can live in extra-dimensional space for short periods of time. If the GM wants to say there’s only a certain amount of air, so you can’t stay in there for long, that’s fair. But the tactic as a whole seems sound.

That said, when I was listening, my concerns were more related to the inconsistent definition of bulk. On one hand, the “general” rules on bulk start by saying one unit of bulk is 5-10 pounds. So that would put a 200-pound human at 20 bulk. On the other hand, there’s a later table that specifies that a Medium creature (aka most humanoids) are explicitly listed as 6 bulk. That’s a pretty large difference. And the bag’s capacity is 25 bulk.

So you see the problem. If you use the “humanoid = Medium creature = 6 Bulk” definition, it’s tight but everyone fits. If you use the “1 Bulk = 10lb” definition, there’s no way all three of those characters fit at the same time. Alhara and Ateran are each probably 1-something, and Darius is built like an NFL linebacker, and those guys are north of 200 pounds/20 Bulk. So it’s either a flat 18 bulk or “anywhere from 40-50”, depending on how you interpret the rule. So I can at least see why it might’ve made Loren’s Spider-Sense go off. Of course, you could also get around that by making multiple trips, but nobody mentioned that option at the time.

And OK… maybe the size of the aperture matters too. Is the Bag Of Holding a big ol’ potato sack, or is it more like a designer backpack? If the former… yeah, jump on in. If the latter… good luck entering and exiting through an aperture that’s probably narrower than the average set of humanoid shoulders.

I think at the end of the day, I’m OK with this as a tactic, as long as it doesn’t turn into a Get Out Of Circumstances Free card… that there’s SOME sort of cost or risk associated with it. If you’re putting your team in the bag and throwing them past hazards willy-nilly, yeah, it does start to get a little stupid. Which is why there should be SOME sort of downside to keep it in check. In this case, the cost was that Hap had to use a fairly powerful magical resource (the flight spell) to make the tactic work. If you’re going to put your friends in a bag and throw it to the other side of an uncrossable chasm, there ought to be a chance (even if it’s small) you short the throw and they fall in. Or maybe the consequence is that there’s an N percent chance the bag can’t handle the strain and permanently breaks. Things like that. I think it only becomes a problem if it becomes an “I Win” button with zero drawbacks or consequences.

Circling back around to the beginning of the episode, that fight with the krooth was kind of interesting for a couple of reasons.

First, I was a LITTLE surprised they bailed on the fight SO quickly. I thought they’d give it a few rounds before retreating. But to be fair, I guess it wasn’t so much a full Sir Robin “Run Away!” retreat as it was luring it to a place where the fight would be on more even terms, and then they happened to switch over to blocking the door when it was proving to be a nastier customer than expected. It’s totally valid that they wouldn’t don’t want to deal with the krooth and the effects of the extra-planar gas at the same time.

The other thing I wrestled with a little is “was it too meta-gamey on their part to let the summon spell expire”? And I’m going to say no for two reasons. First, they seemed relieved and surprised it worked. So either they didn’t realize it was going to expire and it was a surprise to them anyway, or they had the idea but weren’t quite sure it was going to work. In either case, it didn’t seem like they built their entire plan around surviving 10 rounds; they just lucked out. I’ll also give it to them BECAUSE you’ve got two casters in the party, and didn’t Hap used to have a summon spell at one point? (I seem to recall her summoning some useless creature that immediately got one-shotted.) It seems legit that if you can use something, you’d recognize it when it’s used against you.

The other major moving part in this episode is the guardian statue and the door. Based on another campaign with a similar puzzle, I kind of half-expected that one could disarm the statue by posing as a follower of Aroden. So other than some damage from unfortunate turn order, that part of the puzzle is solved. But how do they get past the door? Based on the broken door pieces scattered throughout the room, it looks like somehow breaking the door is the answer, but how do you do that without pissing off the statue again? Giving the statue a command to open the door didn’t seem to accomplish much, but maybe it’s a matter of having the right command. Or… to borrow from video games… is this a thing where you have to make the statue mad, stand in front of the door and taunt the statue, and then dodge the punch so he breaks the door for you? X, X, Triangle, Circle… win!

I guess we’ll find out the answer to all these questions next week, won’t we? As always, feel free to drop by our Discord channel or other social media and let us know what you think of the show. Thanks for listening and we’ll see you next week.