The Sideshow S2|09: Making Kids Cry On Their Birthday - Roll For Combat 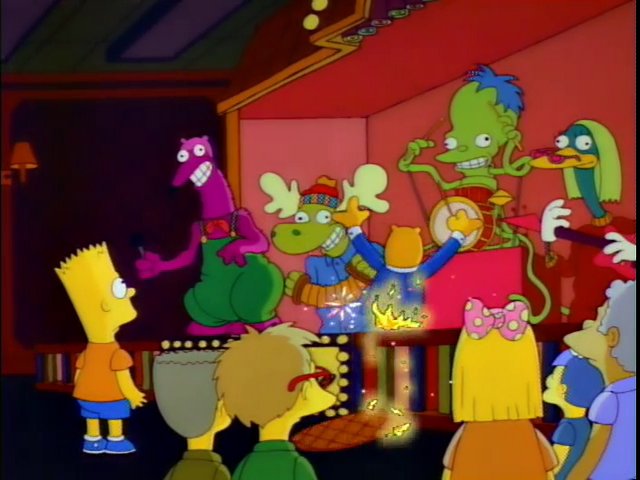 Sorry, Steve. You can disclaimer it all you want, but we the listeners have taken a vote, and you’re a monster for ruining Hap’s birthday. AND FOR HAVING THE PROFESSOR YELL AT HER! You’re just lucky there’s still a pandemic, which limits our ability to assemble a proper torch-wielding mob.

And it was off to such a good start, too.

Before we get into the birthday stuff, we started with a little more investigation into the lost compass, but it doesn’t really go anywhere. All we really learn is that it’s probably even older than originally thought, and the bag of holding likely preserved it. That said, I got a little kick out of how excited Ateran seemed to be about digging through historical resources… they’re such a blank slate in some ways, it’s nice to see a little side of their personality that’s not usually on display. Now… I’d criticize Rob T. for saying the wrong circus’ name, but didn’t Rob T. just do that a week or two ago as well? Does ANYONE know the name of their circus here?

Now… on to birthday merriment.

First, we had our second appearance of the Roll For Combat Birthday… ummm… Song? It’s just so gloriously bad that it becomes great. It’s almost like the scene in Elf where Buddy free-forms the “I Love You” song for his dad, but even less melodic. I’d challenge Steve to have some birthday music commissioned, but I think our composer would probably resign in frustration.

For the second birthday in a row, we have gifts that are thoughtful and touching. Matching outfits for Hap and Riley, accessories crafted from fallen opponents, a birthday wish… Though, OK… Cynical Me wants to quibble a little bit about the likelihood of two people assembling 1000 paper cranes in the span of a few hours. SHOULDN’T YOU HAVE TO ROLL FOR THAT? Then again, Cynical Me also wants to suggest that maybe you don’t give benevolent pyromaniac paper products as a present. I mean, that’s basically throwing a big pile of kindling into her trailer. But the Hap liked her presents, especially the origami cranes, and that’s what’s important.

I am curious what the “deeper level” is on which Alhara’s gift resonated. Is it something about Hap’s backstory that we don’t know, or is it from outside the game, and it’s something that resonated with Loren herself? Part of me wants to know, part of me worries it might be something more personal than she really wants to reveal, so it’s probably OK if that’s just her little secret.

Of course, that moment of sentimentality was quickly balanced out by Steve’s “oh, yeah, your heart-warming friendship is nice, but I have the power to give out magic items” present from the Professor. “Friendship is magical, but what’s REALLY magical is a Necklace of Fireballs.” (I’m pretty sure that’s what My Little Pony was trying to say…) It’s a complete power move: it’s like the dad swooping in to buy her an iPhone when everyone else kept it to 50 bucks or less. Having made fun of it, it’s practical as hell, and there’s NO chance it’ll go to waste. Heck, once the party has more money, check back in a few years and Hap will be getting Necklaces of Fireballs like other people get socks.

As far as a birthday every week… ehhhhh… no. I like the birthdays for the party members themselves, but I’m not sure I can sit through a birthday party for some random clown we’ve never spoken of before. And I DEFINITELY can’t sit through the Birthday Song too many more times.

But then we have The Twist. The moment that redefined the back half of the episode.

Should’ve known that chaotic evil wouldn’t stay quiet forever. However he pulled it off, Kalkek managed to summon Riley to his cave and is now holding him as a soft hostage. Riley’s unharmed, and Kalkek seems (for the moment) to be using him more as an insurance policy than anything else, but still… it completely ruins Hap for the rest of the episode. Kalkek’s deal… Riley is willing to vouch for you, but just in case you were getting any ideas, he’s gonna hang out with me until the performance is over.

And ohbytheway, Kalkek also embiggens himself, just to flex on our team a little more in a “shoulda killed me when you had the chance” way.

At first, I thought this might have been a gambit to force a decision on Hap performing – if she can’t control Riley and do an animal act from the wings, she has to perform, doesn’t she? Except Hap takes a different direction and decides that if Riley’s in danger she can’t do anything at all and locks herself in her trailer. Don’t get me wrong… that’s a very human reaction from a roleplay standpoint. But it adds to the problems this first performance is going to be facing.

And then things go from bad to worse. Not only do we have a hostile takeover effort from the Celestial Menagerie, attempting to use both carrot (double your pay) and stick (unspecified bad things will happen) against the Wayward Wonders folk, but someone snuck in and made the animals sick. AND the clowns are out after coming down with Clown Lung. (As a nod to our Edgewatch show, someone needs to check and see if any of them have a build-up of black goo at the mouth. Maybe there’s the connection that lets our cops show up to investigate!)

If that wasn’t bad enough, the cherry on the shit sundae comes in the form of the Professor losing his temper at Hap and yelling at her for neglecting the animals. I’m not criticizing Steve – it’s a TOTALLY valid roleplaying choice. It’s their first show in Escadar, the Celestial Menagerie is screwing with the Professor’s business… I have ZERO trouble believing he’d be incredibly stressed in that situation and might snap. But it just makes Hap’s bad day even worse, and I felt genuinely sad for Hap at that moment. Poor kid.

Look, I know I’m making a lot of jokes about how mean Steve is, but I’ll also say it’s pretty inspired insofar as it subverts people’s expectations. We’ve had almost three straight weeks of LA-DI-DAH niceness; it was a good idea to break that up a little. And somehow I never thought it would be Hap’s celebration he’d mess with. The flip side argument to “Steve is mean” is that nothing TRULY bad has happened, but it shocked everyone out of their complacency a little. In that sense, I do give Steve credit for zigging when we thought he would zag.

So as we end the episode, we’re about an hour from showtime and almost everything’s in meltdown mode. The only GOOD news is that Fidget is available (and in a real-world show note, it sounds like Loren will play her with Hap sulking on the sideline). But everything else… I guess we’ll just have to see, won’t we? But that’ll be next week. For now, feel free to drop by our Discord channel or other social media and let us know what you think of the show. Thanks for listening and we’ll see you next week.