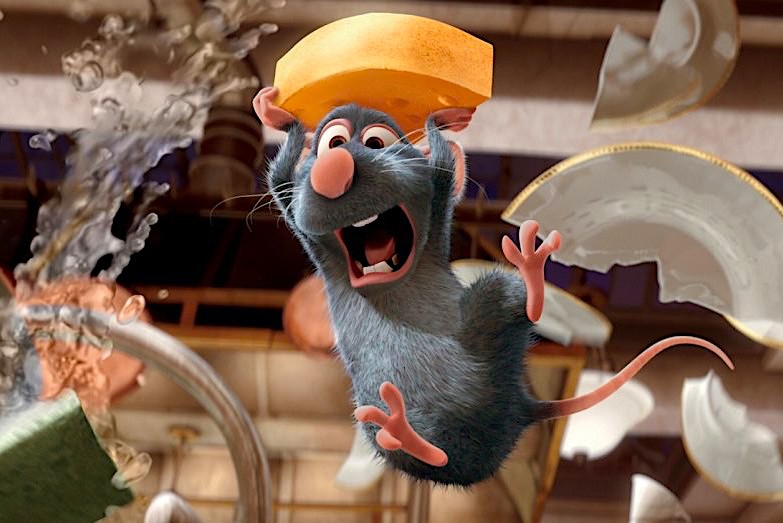 For a short episode, this week had a fair amount of interesting stuff going on. A near-death experience for Riley, possible new additions to the circus… for an episode with a single, fairly easy fight, a decent amount of stuff going on.

First, put me down for a hearty HELL YEAH at the idea of Riley wielding a weapon in his mouth like Zoro from One Piece. In fact, go all the way with it and make it a katana.

At the front and back ends of the episode, we have the ongoing question about what to do about Kalkek, the greater barghest. One of the most interesting aspects of this is that Hap clearly has her own ideas that she’s choosing to not share with the rest of the party (as evidenced by delivering breakfast to the beast). For the moment I love it… but we’ll see where it ultimately leads.

It can be tricky to manage competing agendas within the party. On one side of the equation, it creates drama and generates interesting story moments above and beyond what’s already in the adventure. At the risk of being a little chippy, it’s also a way for the players to assert control even over the GM’s story… as long as it doesn’t reach the point of dysfunction, where it’s impeding the party’s ability to accomplish goals and/or just dragging the FUN of the game down a black hole. It’s a fine line to walk, but I think this group has earned the trust to see where they go with it.

At the end of the session, the overall plan on the barghest is to either kill it, convince it the townspeople would band together to kill it to try and scare it away, or try to convince I to relocate to the abandoned keep, which is even further away from human contact. Now, they’re welcome to try what they want, but personally, I don’t get the sense the townspeople scare it; if anything, they represent a nice little snack. However, I think Steve was dropping a hint – perhaps intentionally, perhaps not – about Madame Dusklight… that the beast is scared of her. Maybe you could leverage that against the barghest…. just tell Kalkek that Madame Dusklight figured out where he is and it’s time to go.

Of course, there’s also the 20/20 “full knowledge of the rules” answer which still exists: a barghest that’s manifested on the Material Plane generally just wants to get off this plane. So maybe help it do that. But in-game, they haven’t gotten that much information on barghests yet. Ateran got a LITTLE information during the fight, but they haven’t gone back and done a deep dive.

Next up, we have Riley’s brush with death, courtesy of the thunderstone trap.

The first thing is, it came perilously close to triggering the “massive damage” insta-death – Steve didn’t remember the exact number, but he said Riley had something like 50 hit points. If he had 40 or less, 80 would’ve been enough to kill him with no further interventions. It’s easy to forget that animal companions tend to be a little weaker than PCs – lower saves, fewer hit points – so that was a real bullet dodged.

For the record, we actually dealt with this during the Plaguestone campaign, but the various death rules DO apply to PCs “and their companions”. In that game, we had a moment where Ember dropped and we needed a ruling on whether she was just dead-dead or I could use Lay on Hands to bring her back, so we’ve done this research already. So yes, things like casting stabilize and the dying condition… all of that applies equally to Riley. Interestingly enough it’s GM discretion when it comes to bad guys and NPCs. I think that’s more story-based: “if it makes the story more interesting to let the NPC live, you can allow it, or if you want the NPC to be permadead and move on, that’s fine too”.

So Riley lives by the narrowest of margins, but he’s at least temporarily deaf, and he’s still pretty banged up even after some healing. So Hap is on the warpath when they soon encounter the people who likely set the trap – a trio of ysoki. At first, it looks like another fight might ensue, but the standoff turns when Darius mentions the circus that he can’t remember the name of, and it turns out the main ysoki, Fidget, is a juggler who uses fireworks as part of her act. This defuses the situation with three-fourths of the party – it turns out the ysoki were just protecting themselves from Kalkek – but for poor Hap, Fidget’s act just adds a layer of professional jealousy to her anger about Riley’s injury. At the other end of the spectrum, Ateran actually finds kindred spirits in Fidget’s brothers, who are both alchemists, and they spend some downtime talking shop.

The party then explores a little further on the way back to camp, which leads to… well… we’ll call it a fight, but really it ends up being a chance for Hap to blow off a little steam. Centipede swarms? Meet fireball. You lose. If there’s a silver lining, it’s that Riley gets back in the game, helping to finish off the swarm that the fireball didn’t quite kill. GOOD DOG! Darius punches bugs, Alhara adds some AoE with alchemical fire, and Ateran finishes the fight off with a crit from Old Reliable (aka Telekinetic Projectile).

Ateran also hones their comedic talent with “turns out the log is not safe”. Well played, Rob.

After the centipede “battle”, the party returns to camp, spends a little while debating the Kalkek situation a little further, and that’s where we’re going to leave it for this week. Next episode, maybe we get back to circus business? Or do we finally resolve the Kalkek thing? Guess you’ll just have to come back next week to find out. As always, feel free to drop by our Discord channel and let us know what you think of the show. Thanks for listening and we’ll see you next week.