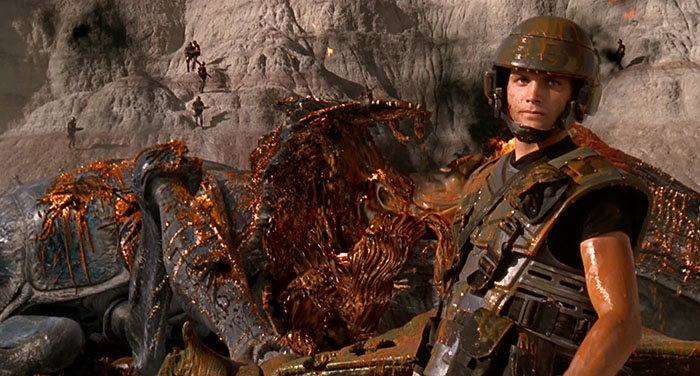 Despite my best efforts, tonight’s column comes to you from the land of distracting myself from refreshing election coverage sites to see where things stand. As with Monday’s column, don’t worry… I’m not going to get all strident about politics, except to note that I’m ready for the thing to be done. And OK, as a resident of Pennsylvania, it’s a little weird to have my state be one of the epicenters of things this time around. (I’m western PA which hasn’t really borne any of the controversies, but still…)

I wanted to start with Steve’s whole idea of the family unit from the show notes. It’s been kicking around my brain – the idea of playing a character that’s closely linked to another character on a roleplay level. I have to admit, going back through all the different characters I’ve played over the years, I don’t think I’ve ever played a character like that. Some of that is just the fact that our group is roleplay-light, but I also think it’s not traditionally been something I’d be interested in. I suspect it comes down to autonomy and wanting to control my own character’s story: if you’re playing someone’s father’s brother’s nephew’s cousin’s former roommate, you’re handing over part of your character’s identity to the other person in whatever relationship you create and hoping they make choices you’re going to enjoy playing through. I’m not a selfish player in terms of making party decisions or sharing loot or whatever, but when it comes to the story of who my character is, I kinda like to be the captain of my own ship. I’m a loner, Dottie. A rebel.

Having said that, this Extinction Curse crew is doing such a good job of playing out their connected stories that I find myself wanting to give it a try someday. I’m starting to feel like it would be kind of neat to play siblings or a father-son thing or even just a longtime adventuring pair who had a pre-existing relationship before meeting the rest of the party. I’ll be honest that the whole “romantic relationship” angle isn’t something I’d want to try, but other than that, I will admit this show has expanded my roleplaying horizons a bit. You know… two years from now when we finish this adventure path and start the next one.

At any rate, back to the show action.

First, Loren gets the gold star (and a Hero Point) for working an Old Woody reference into the show early on. I’m OK with making “Old Woody contains liquefied gelatinous cube” canonical moving forward. Then again, that’s kind of the beauty of Old Woody: it’s so open-ended you can pretty much put ANYTHING in that cup if you want to. The only thing I’m worried about is that people don’t start to try milking this to get Hero Points and Old Woody becomes as played-out as the Budweiser “WHAZZAP?!?!” commercials. All things in moderation.

We also get another hint early in the episode that maybe something is environmentally unstable about this place, as the area the party is resting in starts heating up to the point where it damages everyone. (Except Hap, who considers it sweater weather.) Add that to the earthquake in the middle of the fight, and the booming noise later in the episode, and you get the feeling this whole thing is resting on top of an active volcano or something. If this ends in the mining-car chase from Temple of Doom, I am DOWN with it.

The main focus of this week’s episode was the Great Gross-Out Fight. Since we were just dealing with a new flavor of xulgath and it was the first fight after a long rest, it still wasn’t that difficult of a battle, but give Steve credit for pulling out all the stops on stomach-churning special effects. And here I was thinking Darius punching through a guy’s chest a few shows back was pretty hardcore.

We did reach a bit of a dilemma for Ateran: what to do when there’s no handy ammo for Telekinetic Projectile? You wouldn’t think this would come up too often; fantasy settings in general and dungeons, in particular, are usually dirty, run-down places with lots of handy debris scattered about. Not too many fights take place in NIH-compliant clean rooms. But thanks to the gel cube buddies, there’s not much to throw in this particular room. It does suggest if you’re going to use that spell as your damage cantrip, you should probably buy a few sling bullets or caltrops or something that can be chucked in a pinch.

(Also, Rules Lawyer time: can you Telekinetic Projectile an alchemist bomb that someone makes for you? Just thinking out loud here.)

Truth told I’m going to wrap up there for the week. I’m a little fried, and a one-fight episode against easy enemies is a little bit of a challenge to write about. That’s alright. They can’t all be epic sagas. Maybe I’ll give you some extra words next week. As always, feel free to drop by our Discord channel and let us know what you think of the show. Thanks for listening and we’ll see you next week.