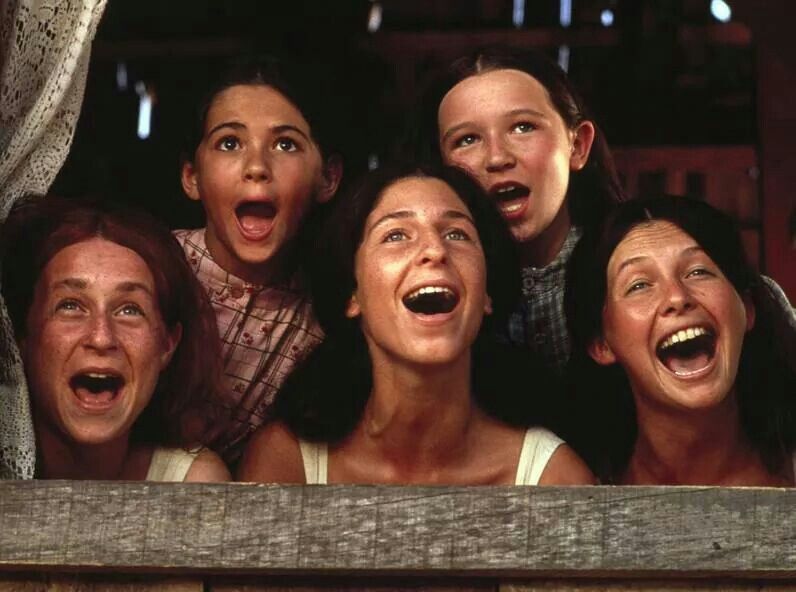 First, note the general title change: “Talking Circus” is now “The Sideshow”. Consider it fallout from the start of the Edgewatch show. I decided to call the recaps for that one “The Bird’s Eye View” because I’m playing a tengu in that game, and from there the wheels kept turning and I came up with a new name for this one. “Talking <Blank>” was getting a little old anyway.

So… back to this week’s action. I have to admit, I feel a little underwhelmed by this week’s episode.

Given the title and the big splashy picture, I thought the initial meet-and-greet would be a little more… bloody? I guess I thought we’d be getting right into the circus performance and see what sort of things Evil Clown Energy could bring to the show.

Not that the squirming and audible discomfort that resulted was BAD, mind you. It was kind of funny to watch everyone (except Hap) process their unease at the new member of the troupe. (Somehow Ateran’s dead stare was actually my favorite initial reaction.) But given that I thought we’d be counting up severed limbs or something, general awkwardness was a bit of a letdown.

But hey… file this away for now: I feel there’s at least a 15 percent chance that a year from now, Jellico will turn out to be a serial killer in Book 4 or Book 5, and this whole interlude will be whole new levels of embarrassing in hindsight.

On the other hand, delving deep into New CHDRR’s legacy pleased me greatly. I’m not above a little bit of ego… having my robot creation from Dead Suns (or a version of it) make its way into the new story was pretty cool. Of course, it’s going to take on its own life here, and I’m not going to have any hand in that, but it’s still neat.

Back on the circus front, I think it makes a certain amount of sense that the Professor would hire Jellico (and vice versa). From Jellico’s standpoint, it’s not like circus performers in a fantasy medieval setting would have guaranteed multi-year contracts or anything, and depending on the notoriety of the two circuses, Jellico might be more of a featured act in this circus. (Or again, maybe Jellico is a serial killer on the lam and he changes circuses every few months to evade the authorities. Still on the table.) Meanwhile, looking at it from the Professor’s side, adding Jellico would definitely raise the quality of the Professor’s roster AND he’d be taking a performer directly from a competitor. But mostly it just makes for great storytelling. Why have a boring old animal act or something when you can have a creepy-ass clown? And the fact that it’s a bit of a wild card act the players have no control over is compelling.

The other major theme of this episode was the shopping trip, and that spawns a few interesting side conversations.

First, put me down with Vanessa… I don’t generally enjoy roleplaying out shopping trips; I’d much rather just put a list together and get on with things. Having said that, some of the banter with the priest was entertaining, so it wasn’t a total waste. I guess I’d take a middle ground here – if shopping is somehow interesting to the story, then sure… play it out. But at some point, it really is just book-keeping, so better to just get it over with and move on to more interesting things.

I do think, as Steve points out, there’s value to doing it at the table, though, because you want to avoid the two extremes. At one end, particularly when resources are scarce, you don’t want to “waste” money by multiple people overbuying the same resources. On the opposite end, you don’t want to do all of your shopping in separate bubbles, and then get back to the table and realize nobody bothered to buy… say… healing. So I do think there’s value to kicking ideas around at the table in a semi-live setting. But in our game, we’ve been fairly successful doing that in chat and email, so maybe it doesn’t have to be “live”-live.

The other thing – and this is going to contain a VERY mild Edgewatch spoiler by comparison – is watching availability become an issue. In Edgewatch, we’re right in the heart of Absalom. Our group can pretty much buy whatever we want – we kind of liken it to New York City, where you can run to a CVS at 3 am and buy what you need. Out in the sticks, you’re much more restricted in what you can craft, as this group is finding out: half their shopping list vanishes because the local shops just don’t have anything that fancy.

In fact, this sets the table for a discussion of crafting. Crafting isn’t really THAT great in Second Edition, compared to First Edition. In First Edition, it was a flat 50 percent off for crafting your own items, so there was a clear and immediate benefit to doing it. And GENERALLY, the roll was shrugged off as automatic. In Second Edition, you need to pay 50% upfront, and the other 50% (or some portion of it) is dependent on how many days of downtime you can afford to spend. So if you have unlimited time (between adventures, for example), yeah, you could approach that same 50% cost. But if you have to craft something quickly, you pretty much end up paying full price. At the point of “I need this now so we can continue the adventure”, there’s no discount at all.

Here, with Ateran, we start seeing the one place where crafting is still useful – counteracting limited availability. If you’re in a place where you are trying to get a rare item that’s not available in stores, you can still possibly find more common ingredient items and craft it yourself. At that point, getting it at full price through crafting still beats not getting it at all.

The one remaining thing that stands out about this episode was Csillagos learning the spell by eating the scroll. I have to admit that one slipped by me when I was reading the Advanced Player’s Guide. I remember the part about familiars being able to trade spells by talking to them, but I missed the part about scroll-eating. That’s fantastic. Though if I ever make a Witch, I’m going to make my familiar be a picky eater. YOU EXPECT ME TO EAT THIS? IT’S NOT EVEN SEASONED PROPERLY.

As we end the episode, it turns out that there are five days until the circus performance, so it looks like the new plan is to go to the xulgath tower and deal with that situation first. So I guess Jellico’s first show will have to wait. Back to dungeon crawl… now with dinosaurs! While we’re waiting for next week’s episode, feel free to drop by our Discord channel or other social media and let us know what you think of the show. Thanks for listening, and we’ll see you next week.