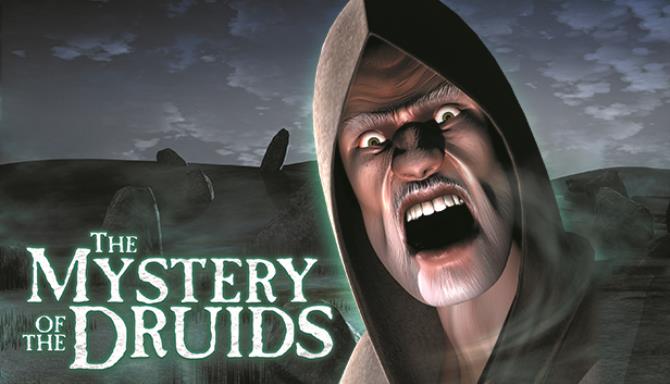 Jason recaps the events from Three Ring Adventure S1|20: The Wind And The Waves.

Well, it finally happened. We all joke about COVID-19 making so life so weird and time so fluid that you can forget what day it is, but this week it actually happened to me. I went out to walk the dogs this morning, started thinking about my day’s schedule and where I was going to fit the final polish of my review of the Advanced Player’s Guide, and the brain kicked in: “Yesterday was Thursday, weren’t you supposed to write a Talking Combat?”.

So… no, I wasn’t donating a kidney or fighting crime dressed as a giant bat; I just forgot what day it was. My bad.

So this week we pick up with the “assault” on the hermitage, though it starts out fairly pleasantly, with Hap knocking cheerfully on the door like she was the local Girl Scout troop on a cookie run. And then Druids-But-Not-Druids start swinging on them. How uncouth!

First, let’s discuss this whole “it turns out they’re not really druids” business. I’m sure it might feel to some of our listeners like it was a bit of bait-and-switch to have Ateran complaining about druids for weeks and then it turns out it’s really some combination of “priests” of unknown abilities. But it’s not something I’m going to lose a lot of sleep over.

First and foremost, this feels like one of those things where there’s the brand and the generic concept, like someone who refers to every soda as a “Coke”. There is the Pathfinder class called the “Druid” and that means specific things in terms of game mechanics. But there’s also the layperson definition of a “druid”, which is “Do they have some sort of magical power and screw around with plants and animals? Then they’re a druid.” If you’re some sort of farmer who sees a spell cast once or twice a year, those two might as well be the same thing. So if it helps square the circle in your brain, imagine that the bumpkin townspeople don’t really know the difference between a “druid” and a cleric who happens to be wearing a green cloak and acts chummy with the local squirrels.

Having said that, I will say that Second Edition kinda blurs the lines on this stuff a little, anyway. Thanks largely to the implementation of the sorcerer as a class that can choose from any of the schools of magic. If you duck your head into our Black Lodge campaign, we have my character Nella (an actual druid) and Seth’s character Nixnox (a primal sorcerer) and they have a LOT of overlap in their spell list. I’m sure they’ll grow into more distinct entities as they get more into their signature powers – for example, right now I don’t use Wild Shape because it’s largely useless in combat at low levels – but we had a Level 1 fight where Seth and I were both casting the same spells: Produce Flame and Heal. If some random townsperson was watching from afar, they might think we were both druids too.

It actually dawns on me that, intentional or not, this could be a way to combat metagaming as a GM – let your NPC’s be wrong about stuff occasionally as a way to throw the party a curveball. As players, we’ve gotten into this routine where – unless it’s specifically a “palace intrigue” story and we’re given hints to expect deception – we accept our missions from the NPCs and just assume everything they tell us is accurate. But strictly speaking, there’s no reason it HAS to be. I suppose you’d have to factor in the experience level of the “quest-giver”: I’d expect the head of a local Pathfinder Lodge who’s been adventuring for 20 years to have better intel than the drunk guy on the corner stool of the local pub. And you’d want to limit how far you take it – you don’t want to have the party waste an entire session lost in the wilderness because the NPC didn’t really know where the bandit camp was. Creating some “fog of war” through selective misinformation? Cool. Derailing entire sessions and wasting people’s time? That’s a quick way to kill a game.

So the fight gets going, and I think what struck me was the style – it was basically a battle of knock-out punches. Mostly big swings for big damage on both sides, which led to a pretty quick battle. Normally you end up chipping away (or outright missing) a lot more – this fight felt like those YouTube videos of Russian slap-fights where they just take turns slapping each other as hard as possible and see who drops first. Unfortunately, in this case, the first to drop was Alhara, but the last of the (presumably) barbarians was close behind, so no long-term harm done.

On a roleplaying level, I’m interested to see where Loren takes Hap with this increased reluctance to actually harm people. We always bake in the assumption that adventurers are true believers – committed and fired up to go do good and right wrongs (or at least fired up to go make money); it continues to be fun to see someone who’s actually kind of ambivalent about the whole adventuring experience. One of these days, I’d want to take that to its ultimate conclusion and try playing a full pacifist – buffs and heals, no offensive abilities whatsoever – but it would probably have to be with a different gaming group. I think the members of the Black Lodge group would probably shoot me out the airlock if I ever tried something like that.

So once the fight is resolved and everyone’s back on their feet, we resume exploration and free the mayor. It’s a little fun here watching Steve navigate the terrain of what the mayor would and wouldn’t know based on how long ago he was kidnapped; I think I caught at least one slip-up and Steve had the mayor mention something from the second circus performance. Or he said, “people are talking about it”… so, wait… your captors went into town and checked out the circus and then talked about it when they got back? I’ll put it this way: even if Steve got it right and I mis-heard it, that’s what I’m going with now. I’m now imagining the master druid of the enclave rolling their eyes and saying “FIIIIIIINE, you can go to the circus tonight. But you have double shifts next week!”

The exploration continues, and we end the action this week at a Big Ominous Door. What’s behind it? REAL druids? The creepy clown from the other circus? A storage room filled with bacon where Darius will give up his adventuring and live out his days? I guess we’ll find out next week. As always, feel free to drop by our Discord channel and other social media and let us know what you think of the show. Thanks for listening and we’ll see you next week.

And yes, next week’s Talking will be back on Thursday. Promise.