The Sideshow S1|21: We Come In Peace, Shoot To Kill - Roll For Combat 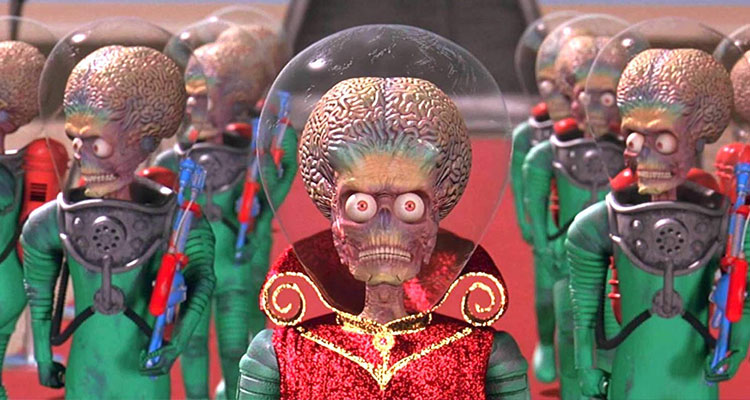 This week, the players attempt to fight Gygax’s First Law of RPG Gravity: combat is (and will probably always be) what the system does best.

Since it’s the eve of GenCon, I’ll give you the ten-cent history: Gary Gygax and his friends (Dave Arneson among them) were into tabletop wargaming (anyone remember Avalon Hill?), and around the time Lord Of The Rings got big with hippies, they decided they wanted a set of fantasy wargaming rules so they could have wizards and dragons and armies of orcs and elves fighting instead of Panzer divisions and cavalry. From there, they borrowed a pinch of what game designers would now consider “legacy games” and decided their commanders were distinct individuals with their own lives between the war campaigns, and then they started sending their commanders on adventures without the armies. That’s what eventually became First Edition D&D.

If you really want to drill all the way into this, I’d recommend checking out Jon Peterson’s Playing At The World. Peterson gets all the way in the weeds with first-person interviews and also by delving into the newsletters and other correspondence Gygax and his collaborators were exchanging at the time they were building this stuff. I’ll warn you the tone is a little dry and “academic”, but it really gives you a full picture of how this whole thing sprang into existence.

Sorry… book plug done. The reason I mention all of this is that while TSR/Wizards and Paizo have made admirable efforts to beef up the “social interaction” side of the game over the last few decades, it can still at times be an exercise in pulling teeth to do anything other than draw weapons and start whaling away. Which is kinda what happened here – the two sides went round and round for about 10 minutes and then we had the moment from the Conan sequel where Conan (played by Rob in this case) says “ENOUGH TALK” and throws a dagger into dude’s stomach.

For the record, sorry Steve, but I was on the player’s side on the dispute with the two guards. If you break it down, the players were offering them a BETTER deal than what they were insisting upon. The players were offering to let them leave WITH their weapons, and the guards were digging in their heels on the idea that they should give up their weapons first? In an area that’s potentially a hot spot for undead activity? If they really wanted to get as far as possible from the ghouls in good faith, they should’ve jumped all over the party’s offer. Frankly, given that there were reinforcements on the way, it doesn’t seem like their faith was that good in the first place. Seems more like they were trying to stall for time and get some help.

Of course, the battle itself is a total afterthought, thanks to Hap critting on a Burning Hands that hits all three targets. Two of the three dead immediately, the other basically on his last legs, and finished off with the next attack. So much for a peaceful resolution, I suppose. Not even a chance to render them unconscious.

Next, we have the fight with the person that we’ll assume for the moment is the boss… at least this time, she’s unambiguously evil – both in her own actions, the defaced holy symbol and in the fact that she’s got a demon riding shotgun. Only much to Steve’s chagrin, we don’t really get to see what she can do: Alhara manages to evade her first big spell, and the melees basically pound her into the ground before she can do much else. Including yet another crit, this time by Rob. Team GM just can’t buy a break tonight.

It’s funny… I had never really thought about it before now, but Steve’s got a point. As a GM, for the story to progress and the game to continue, the GM ends up bearing the burden of losing. Over and over again. Maybe you push the party to their limits, but at the end of the day, you usually end up on the wrong end of the scoreboard. And you can be the most party-friendly GM in the world, and I imagine that would get a little tedious after a while. I mean… the guys who play for the Washington Generals probably take some satisfaction in helping the Harlem Globetrotters put on a good show, but deep down I bet every one of them wants to cut loose one night, play a legit game, and just run the Globetrotters off the court.

In a setting like that, I guess one of the few comforts would be that you get to test-drive different creatures and use powers that maybe the players don’t even have access to. You lose, but you get to lose with style. But if the party lands a crit or two and beats your enemy’s ass in basically one turn… you just get to take the beating and watch the players celebrate.

As an aside, the best one of these I ever participated in was a sub-boss battle in Iron Gods. It was an archer who was going to be taking free shots at us as we worked our way up a winding staircase. There were a few places to take cover, but it was probably shaping up to multiple rounds of misery. But I landed a Hold Person spell, and then Steve failed three straight saves to break free. So while the archer was stuck in stasis, we full-round moved up the steps and coup-de-grace’d the archer without him ever firing a shot. Not very sporting, but effective.

Back to action, the party ties up the witch and does a little healing, which brings up the abstract question of the evening – how effectively can one “tie up” a caster? Now, the easiest of the three to deal with is material components: if you take away their stuff (including their holy symbol/focus item), they can’t cast any spells that require stuff. But that doesn’t take away as much as you would think – a lot of lower-level spells are just Verbal and Somatic anyway. As far as Somatic, the rules explicitly state a caster can’t do Somatic gestures while restrained, so Somatic is meant to be more than “wiggle your pinky”. So on the surface that suggests you could actually tie a caster up pretty effectively. However, that’s assuming you’re some expert at tying restraining knots and or securing them somewhere that would be hard to escape from. If you leave someone unattended while you explore the rest of a dungeon, what’s to say they can’t break free of their bonds and escape to fight another day? I have a feeling we may yet learn the answer to this question.

In the meantime, our party of intrepid adventurers continues their exploration, and basically finish the session by roughing up an old married couple. Nice. For the third straight combat, a crit shortens the fight quite a bit, though at least this time they were explicitly doing non-lethal damage, so they didn’t kill anyone. I don’t usually feel sorry for Steve (rooting for the GM is like rooting for the dealer at a casino), but yeah… 0-for-3 with each fight basically lasting one round was a pretty miserable evening.

And still no sign of the undead that they’re supposed to exterminate. Watch… that’s when all those 20s will turn to 1s. But I guess we’ll find out next week. As usual, feel free to drop by Discord and let us know what you think of the show, but also, if you’re reading this Thursday, I hope you’ll drop by virtual GenCon tonight and check out our live Black Lodge session. Thanks for listening and we’ll see you next week.