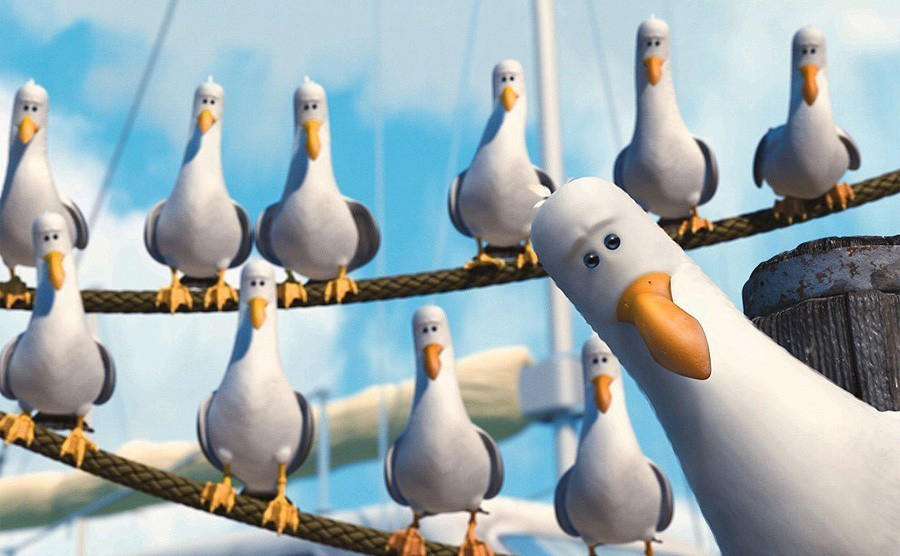 Jason recaps the events from Three Ring Adventure S1|19: He Slimed Me.

I wanted to start this week’s column with a quick product plug, though a fairly non-controversial one given the likely audience for this podcast. If you hadn’t heard, Paizo has a pretty great Second Edition Humble Bundle going on at the moment. Even at the entry-level of $5, you get a PDF of the Core Rulebook, the Plaguestone module, a couple of Quests, and a few other goodies – a pretty good starter package if you’ve been thinking about taking the plunge on 2E and haven’t done so yet. At the top end of $30, you can get a physical copy of the Core Rulebook for less than it goes for in stores, along with all the other toys from the lower levels. (No, I don’t get a commission. Just figured I’d mention it.)

OK, my days as a pitch-man are over for now. On to this week’s episode.

I wanted to start with a little discussion of our old friend, the Dungeon Crawl. I don’t think that dungeon crawls are inherently good or bad; they have their place in the world. Where things break down a little is that long dungeon crawls don’t always play nice with the storytelling aspect of the game, ESPECIALLY if there’s a time constraint built into the story. The mechanics of the game demand long rests if you want to keep adventuring, but sometimes the idea of just shutting down and toasting S’mores while surrounded by hostiles can feel a bit… what’s the word?… ridiculous. Look at the final assault on Vilree’s hideout in Plaguestone – I think we ended up taking two long rests during that exploration, which is kind of silly when the captain had already turned on THE TOWN IS ABOUT TO BE DESTROYED sign.

That said, if you’re willing to just suspend disbelief or go into low-story mode, dungeon crawls can be a lot of fun though, since it distills the RPG experience down essentials. You explore, you fight, you loot, maybe you level. Lather, rinse, repeat. Sometimes rolling dice and bashing heads is just plain fun to do. My pre-pandemic home game was working on a run of the Rappan Athuk mega-dungeon, and our GM handwaved the logistics by building a town within a day’s walk of the dungeon. So basically the dungeon was just turned into Disneyworld, and you went back to your hotel at night after visiting the park during the day. Problem solved.

I do think, as Steve says, a little of that goes a long way. At some point, it’s more fun to have a reason for what you’re doing. To choose an example from the computer gaming world, that’s why I never got into the Diablo series all that much. Compared to something like the Neverwinter Nights or Baldur’s Gate games, there just wasn’t enough story to make it interesting… go down in the dungeon and kill stuff, to get better gear and more powers, so you can kill more stuff. Yay.

As we get into the story itself, the first thing that jumped out… which actually caught me off guard but is fortuitous timing… is the release of real live Advanced Player’s Guide material and the formal updating of Ateran and Alhara’s characters from the Playtest to the live version. I’m not going to regurgitate the changes exhaustively – and at least in Alhara’s case, it’s a fairly minor moving-around of some feats – but it’s generally exciting to finally see this stuff set loose in the wild. More selfishly, it also means the Advanced Player’s Guide review that’s been percolating in my documents folder will be headed your way soon.

So our team is done with circus life and sets off to the druid hermitage to search for the mayor, and the first challenge is attempting to get the frog-creatures guarding the entrance to go somewhere else. Not only was the party’s attempt to resolve the issue without combat pretty clever (Bird Lore? Where in the hell did that come from?), but I’d like to petition to have Alhara’s Albatross Toss added as a demonstration sport at the next Olympic games. TBD whether it should be for distance, accuracy, or both. Or did she just introduce Golarion to a precursor to lacrosse?

But come on. We can’t NOT have combat. IT’S RIGHT THERE IN THE TITLE OF THE SHOW. It’s not Roll For Clever Conflict Avoidance. Sure enough, we eventually get a fight, not just with the beasties, but with an environmental hazard of slimy rocks to navigate. The fight doesn’t end up being too burdensome, but it did present us with an interesting bit of roleplay at the end when Hap decides to not finish off the fleeing critter.

I’m of two minds on this. On one hand, it’s kind of fun when characters have little quirks that take combat outside the box a little. Combat can get a little rote sometimes, and injecting some of your character’s personality is a good way to spice it up a little. “I won’t kill creature XYZ”. “I want to see my enemy die up close, so I’ll always want to melee even when a ranged attack would make more sense”. The whole “once I draw my blade, it has to taste blood.” Stuff like that.

On the other hand, it’s still a team effort, and there’s a point at which the team’s survival should take priority over roleplaying moments. (See also: just about everything Mister Peepers does in the Black Lodge game.) To be clear, Hap refusing to kill one fleeing critter doesn’t qualify because the battle was basically won. Unless the fleeing critter came back with reinforcements, it wasn’t going to endanger the party to let it go. But if Hap drops her guard in the middle of a boss fight and the party wipes… not sure how I’d feel about something like that. At the very least, THAT level of commitment to roleplay is something everyone should be on the same page about before you do it.

Speaking of roleplay, we got a LITTLE more development on Ateran’s mistrust of druids, and on Darius’ weird brand on his arm. Which… full disclosure… I had kinda forgotten about the latter. Taken in conjunction with Rob’s comments about finding an archetype he was interested in, I wonder if the brand is going to pay off with a dip into some sort of magic class at Level 4. Barbarian? Champion? Really beefy sorcerer? I guess we’ll see eventually.

I have to admit it’s a little hard to envision how big the hermitage is, but it sounds like it’s a larger main building with maybe one or two smaller buildings (sounded like a storage shed was mentioned?). Things look kind of abandoned – does that mean the druids are waiting for an attack, or does that mean something worse attacked them? The party decides to just knock on the front door and is met by a big brute of a guard working the front door. Despite Hap’s attempts to be friendly and convey the secret handshake, looks like next week’s episode will start with another fight.

As usual, while waiting for the next episode, feel free to drop by Discord or other social media and let us know what you think of the show. Thanks for listening and we’ll see you next week.