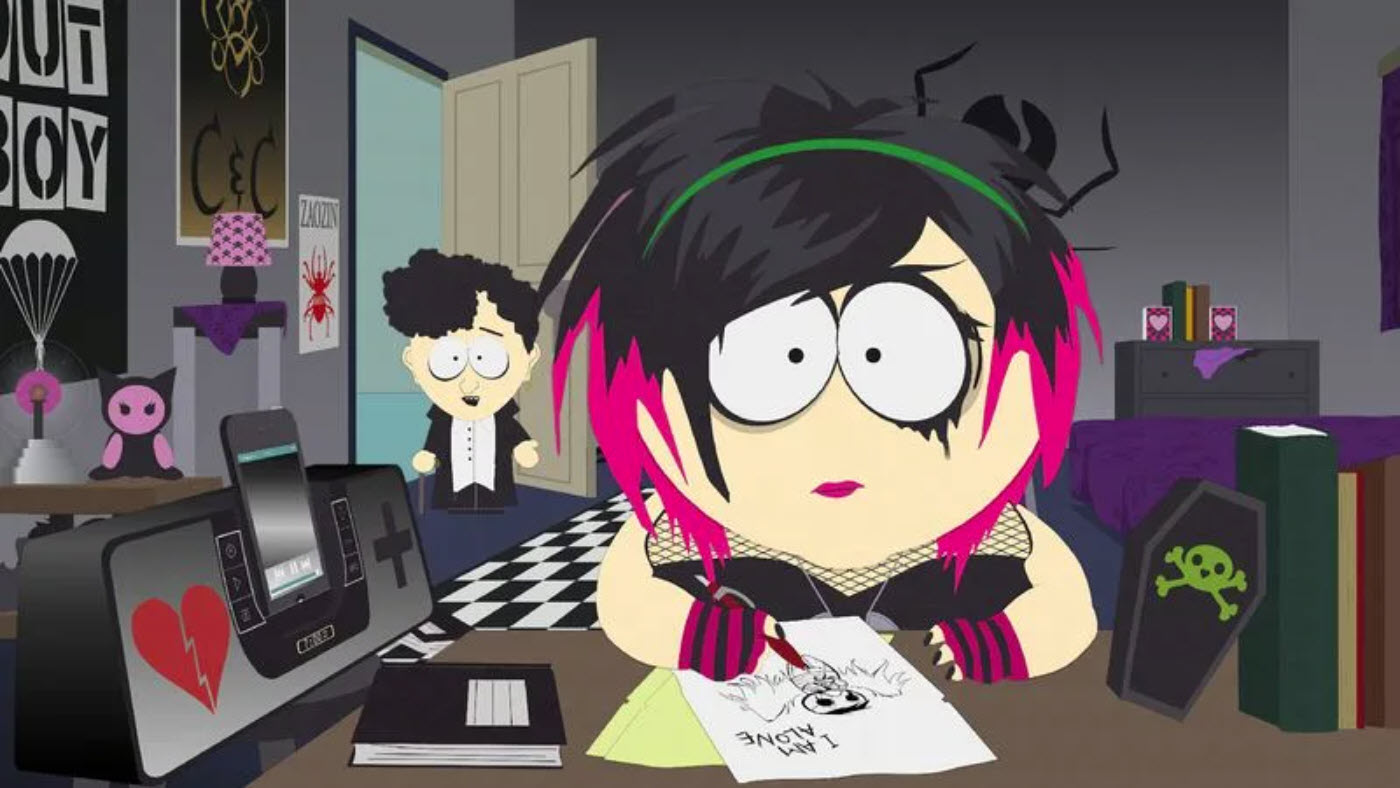 Jason recaps the events from Three Ring Adventure S1|07: Thunder is Down Under.

I’m going to start this week on a bit more of a “serious” note by nodding just a bit to this weird coronavirus landscape we find ourselves in – it’s not going to be some 20-page foam-at-the-mouth rant, just a few things that are adjacent to the Roll For Combat universe.

First I wanted to give a shout-out to a great piece Rob Pontius wrote for Know Direction about gaming in this weird reality we find ourselves in. When writing these blog posts, I’ve always been in a little mental tug-of-war about how much to acknowledge the reality we’re all swimming in, versus keeping the reindeer games light and keeping the escapism turned up to 11. Theoretically, part of why you’re here is to take a break from that other stuff. But since Rob wrote something that really resonated with me, I’m willing to throw in my two cents’ worth of endorsement and point you in its direction.

To the substance of what Rob wrote: for me, it’s not the isolation. I’m an introvert by nature, I still have work duties that give me remote interactions with people, and I also have my kids living under my roof. For me, it’s feeling like the ways I’m spending my time are trivial, and feeling like I “should” be doing things that are more morally redeeming. Creative. Helpful. Whatever. I go the opposite direction and sometimes feel guilty that I’m “just” sitting around playing games (Pathfinder, but also a shit-ton of Persona 5 Royal). You’ve got doctors and nurses out there saving lives, and I’ve almost got the theme from “Duck Tales” (ooo-OOO-ooo!) memorized. But I appreciated what Rob wrote, and I wanted to put it on your radar if you hadn’t seen it yet.

The other thing: I know this was recorded a while ago and no one intended it, but this is the week it reached critical mass and became a little weird that we had an in-game issue with characters being sick with multiple illnesses and figuring out how the circus was going to navigate that. At one point, I was worried they were going to break the circus into essential and non-essential acts and lock people in their trailers. I don’t want to dwell on it, but I’m taking a moment to acknowledge the weirdness of the whole thing.

But whatever… back to the lighter side. First, I’d like to file a formal protest against the group for coming up with 80s parody songs without me… that’s, like, my whole thing! TRADEMARK INFRINGEMENT! Also, if you’re gonna go to all the trouble to cover the B-52s, you really gotta lean into that Fred Schneider part. Don’t do it halfway. (I’d like to lodge a second protest about the anti-druid sentiment expressed in the last few episodes, just because I’m playing one in Black Lodge. This non-stop druid hate has to stop!)

We start this week with an introduction to the team’s Level 2 characters. There end up being no major surprises here, since they started to get into some of this last episode. Darius… very by the book. Mostly the same with Alhara, though the ability to ‘rassle’ bigger opponents seems like a bit of an odd choice since it goes a little against the theme of a dexterity/finesse-based fighter. But we’ll see how it plays out in real life.

That brings us to the two out of four multi-classers – Hap takes a dip in bard to add some dance flavor to her casting skills while Ateran went with the sorcerer dedication. Ateran, in particular, feels like they’re pointing their boat a little bit toward “party healer” between the feat selections and the choice of the divine flavor for the sorcerer dip. I like that we have two different “takes” on multiclassing to look at here. Loren has had a really specific idea for her character since Level 1, and to enact that concept, she needs to add performance flourishes to her casting. Rob seems to be coming at it from the other direction, taking Ateran where the story wants them to go – the party has gone through a lot of fights, taken all this damage and all these diseases, and it’s exposed the need for some healing, so it feels like Rob took the sorcerer dip to try and fill that hole in the party (and storywise, Ateran wanting to help their new comrades) a little.

Personally, I’m still on the fence on multi-classing. The main argument in favor is that I don’t actually ever expect to run a character all the way up to Level 20, so getting hypnotized by level 20 skills I’ll never actually use seems kinda pointless. If you can get a more flexible character at the low to mid-levels, it’s probably worth doing. And multi-classing generally does seem more flexible and fun in Second Edition than in First. On the other hand, every time I think about multi-classing, regardless of system, I start having that knee-jerk “so I’m going to give up Level X abilities and get Level 1 abilities instead?” reaction. I guess I just like getting my core class toys as soon as possible, I guess.

As we finally get underway and start playing, I think the highlight of this week was the extended interaction between Hap and Ateran during their trip to town. First, it’s two characters who generally haven’t interacted with each other much – part of that is intentional since Rob is playing Ateran as a mysterious figure, but still… we’ve seen Ateran and Hap interact with other characters here and there, but not a lot between the two. And the specific interactions were a lot of fun. Hap trying to play matchmaker between Ateran and Alhara was so perfect, and the idea that Ateran has a secret sweet tooth was a wonderful little twist. We’ve gotten like… 20 words out of Ateran the entire adventure so far (most of them disparaging druids), but put a pie in front of them, and it’s like they’re a whole new character! Who knew? Also, while not directly Ateran-related, I love how little regard Hap has for money – whether it was paying the baker a 60% tip on the pies or dumping out her coin-purse to help Ateran afford alchemical components, it just reinforces her whimsical nature. Good stuff.

Meanwhile, back at the camp, it was also kind of entertaining to see the Varus siblings both exhibit various levels of stubbornness about just taking a break and resting. I mean, they’re both down with illness after a full day of fighting – you could forgive them for wanting to take a break, but neither was having it. You wonder how much of it recognizing that the circus needs leadership in this crisis situation, and how much of it is simple sibling rivalry – I’m not gonna rest because you’re not gonna rest. (And in Alhara’s case, how much of it is putting on a brave face for Ateran’s benefit?)

After everyone’s back at camp, the major items on the to-do list are arranging Thunder’s funeral and making their saves. I liked the home-grown funeral concepts the party came up with, like giving one of his “closing time” speeches from the show and the “book of deeds”… the latter in particularly sounded like sending his resume into the afterlife with him. The saves on the other hand… oh boy. That’s gotta be frustrating that ALL the NPCs succeeded and ALL the party members failed (even with burning a Hero Point). That’s probably the point at which I would’ve wanted to end the session for the night. Especially when the one magic item was revealed to be an anti-plague AFTER the party missed their saves for the day.

As Marvin’s funeral/pie-party is winding down, the circus gets a visit from the mayor of the town, which provides a path forward in the overall adventure, as well as possible salvation on the disease front. It turns out there’s a hermitage of nature lovers that may or may not be affiliated with the attacker, and the mayor would like the party to investigate and represent the town’s interests in the matter. The mayor can’t really think of a reason why they’d want to attack, but who knows if he’s telling the truth or not? In return, the mayor is willing to hook them up with his private doctor, which I assume means a few extra, and or better, saves to remove their disease conditions. Since the circus probably can’t perform again for a few days anyway, might as well take him up on the offer, though the NPC acts are going to spend a few days in town doing marketing and drumming up ticket sales.

And that’s where we’ll pick it up next week. Don’t get me wrong… I’m definitely curious to learn more about the Bearded Man and the Dog-Faced Dog, but I’ll save that for when we get to know them better. As always, feel free to drop by Discord or other social media and let us know what you think of the show. Thanks for listening and we’ll see you next week.