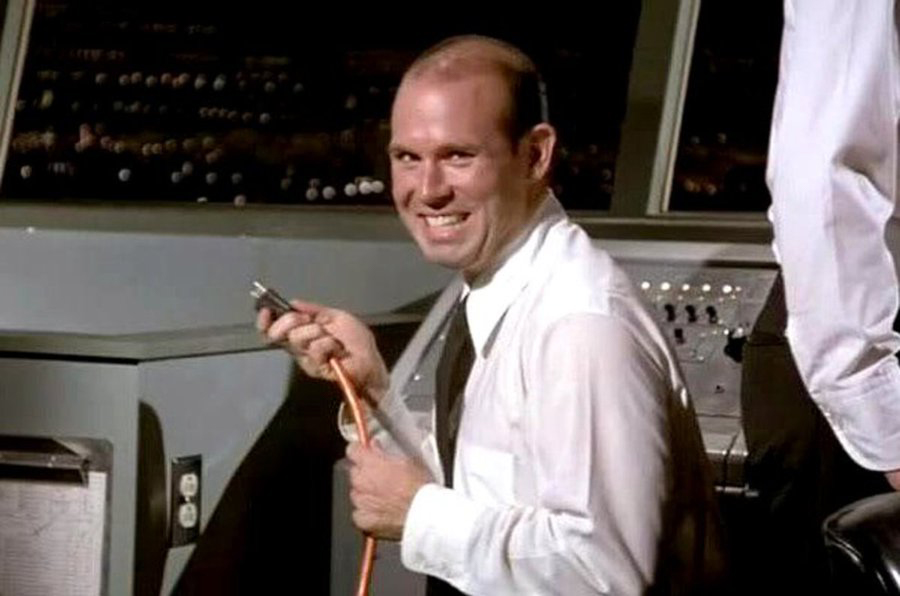 The tower! Rapunzel, Rapunzel! We’re going to the tower! (If any of you AREN’T imagining that line delivered as Johnny from Airplane!, the RFC Movie Club has your next assignment for you.)

I’m gonna begin this week’s column with a few Picky Points. I fully acknowledge none of these are particularly disruptive to the game, they’re not the difference between life and death… I just find myself scratching my head a little. Yes, I’m gonna be the whiny guy who points out continuity errors in movies for a few minutes. (“You see, when they show the wide shot of activating the time portal, Cap is standing to the LEFT of Black Widow, but when they go to the wide shot, he’s standing BETWEEN Black Widow and Hulk!”)

First, is it just me or did the climbing seem like it was a little too slow? I think what’s leaping out at me is that since default land movement is 25 feet, that makes default climb speed 5 feet. So if you don’t crit, you’re looking at eight rolls to climb a 40-foot ramp, and that seems excessive. Could it be that’s supposed to be in combat rounds and maybe it’s supposed to be fewer rolls in exploration mode? Or maybe that should be the speed on vertical surfaces and inclined surfaces should be a bit faster. Looking at it in real-world terms. If you have six seconds (a round), how much of a vertical surface could you really climb in six seconds… probably not a LOT more than 5 or 10 feet. But even a 15 or 20-foot flight of stairs seems like it would be doable in six seconds. I don’t know. It’s not enough to spend a LOT of time on, but I can’t be the only one (including a few of the players) who thought it was a bit much.

While we’re on the topic, it also seems like a mildly impractical design to have a ramp going 40 feet up to the entrance and then stairs immediately going back down once you get back inside. At least for a place of worship. For a military outpost… yeah, make those invaders give themselves heart attacks climbing up and down steps while you shoot at them. But as a religious facility? Just put the door at the bottom where it belongs. COME ON, PEOPLE.

I also feel like the whole “xulgath stank” sickness thing needs some clarity, even beyond Steve making them roll multiple saves, which I covered last week. My daughter was big into animals so we went to a lot of zoos over the years, and I’m here to tell you that an elephant cage still smells like an elephant cage, even if the elephant is outside in the yard. So I guess what I’m saying is… are the xulgaths spraying some additional odor or is their habitat just rancid? If it’s the latter, shouldn’t the party either be continuously sickened or eventually get used to it and not have to roll saves at all? If it’s an additional odor source… yeah, that ebbs and flows. If it’s the olfactory equivalent of background noise, you’d think it would either be always on or the players would get numb to it.

Again, none of these are ruining the story for me… just the places my overly analytical mind goes wandering to.

But OK, let’s stop nitpicking and get onto things I do like about this episode.

I mean, first… dinosaurs. Granted, just wimpy “glorified lizard” raptors; not anything cool like a triceratops or a T-Rex. But it’s a start, and we’ll take it. My inner five-year-old is pleased.

Next, between this scenario and the final fight in the druid hermitage, I’m really digging the increased commitment to using environmental challenges in the fight. I feel like this is a bit of a Second Edition thing… the three-action economy and removing attacks of opportunity have opened up adventure authors to get a little weird with their battlefields in ways that either might not have been possible in First Edition. (Or, might have been possible, but wouldn’t have been as interesting as everyone would just five-foot step their way through it.)

I think one of the things I like about environmental hazards is that it’s a way to more gently fine-tune the difficulty in what’s already a pretty swing-y combat system. We’ve talked plenty of times about how there are more, and more painful, crits in 2E, so if you just make the enemies tougher, that can make an encounter quite a bit more deadly. But if you make the battlefield a little harder to navigate, add some low-level environmental status effects… that feels like a more subtle way of doing things. It’s harder, but not “potential TPK” levels of harder. An elegant weapon for a more civilized GM.

Having said that, mild spoiler alert: check back with the Edgewatch show in a month or two, and you’re gonna see me swear up a storm about environmental challenges. Bookmark this page under “hypocritical takes that did not age well” and I’ll see you in a few months.

The other thing I really like about this episode is we’re finally starting to see the power of the healing system in Second Edition, with Darius’ growth into the role of Back-Door Paladin. (Bow-chicka-bow-wow!). Can we use “Pocket Paladin” instead? Oh wait, that’s not really a lot better. In fact, possibly worse.

It’s no secret that at low levels, healing has been frustrating in Second Edition. Potions only heal 1d8, with no floor, so sometimes you roll a 1 and waste 4 gold. There aren’t really many dedicated healer classes – a Cleric with the healing font gets a couple of extra spell slots dedicated to healing spells and can take feats to make their heals more effective, but for a Druid or divine Sorcerer to carry enough spells to pass as a healer, they pretty much have to sacrifice ALL their utility. Even the once-trusty wand, the staple of First Edition, is only usable once per day without running the risk of blowing out your wand. (And wands are pretty expensive compared to the loot you get at low levels anyway.) There are out-of-combat options, but they tend to be a little time limited by the cap on how often you can receive Treat Wounds – if you happen to have hours to rest between encounters, you’re sort of OK, but if you’re in a story where time matters, an hour is definitely out and even multiple 10-minute breaks start to bend the immersion a little. Think about our final assault in the Plaguestone campaign: we’d basically do a room or two, and then go hide for an hour while we topped off with Brixley’s Lay On Hands, even knowing that the evil alchemist was ACTIVELY planning the demise of the town we were protecting. Something always seemed off about that.

But as Darius has grown as a character, you can start to see the promise of the system, as feats are starting to narrow that gap quite a bit. We’ve been seeing the usefulness of Battle Medicine for a while now, which lets you perform the healing portion of Treat Wounds while in combat. Now Darius gets Continual Recovery, which lowers that temporary immunity for Treat Wounds from an hour to 10 minutes. That puts his healing on a rough par with a Champion’s Lay On Hands, though the champ gets a fixed amount while Darius gets a variable amount. Eventually, he could also take Ward Medic, which would let him heal multiple people with the same 10-minute window – 2 if your Medicine is Expert, 4 if Master, 8 if Legendary. Add in that his Medicine will naturally climb and make the check easier as he levels up, and you’re eventually looking at a system where after-combat heals will become almost trivial… as long as someone in the party puts the feats into it.

Having said all that, in-combat heals will still be at a bit of a premium, but both Hap and Ateran have spells that will help, and access to better consumables will fill in the gaps quite ably. We were doing the math on the Edgewatch show, and while 12gp for a Lesser Healing Potion seems expensive when you’re a low-level character, it’s really just the equivalent of buying three minor healing potions and buying a guarantee that at least one of the rolls will be a 5.

Terrain aside, the fights in this episode didn’t seem that difficult. There was a brief “oh crap” moment when the gargoyles were resistant to Darius’ punches (since he’s traditionally been one of the best damage-dealers), but the rest of the party picked up the slack and took care of business. And I mean… come on… they’re made of stone, so you had to expect something like that. Xulgaths… we know from last week’s fight that the rank-and-file aren’t that tough; check back when we start bumping into their bosses. The dinos were a little trickier since they handle the terrain easily and have attacks of opportunity as part of their arsenal, but they still didn’t seem to have all that many hit points.

You know what I bet has a lot of hit points? A T-Rex. Just Sayin’. I swear I feel like a kid opening presents on Christmas, and if I don’t get a Real Dinosaur, I’m gonna lose it. T-Rex. Triceratops. I’ll even accept a pterodactyl in a pinch. So I guess we’ll convene back here next week and see if I get my wish. As always, feel free to drop by our Discord channel or other social media and let us know what you think of the show. Thanks for listening and we’ll see you next week.