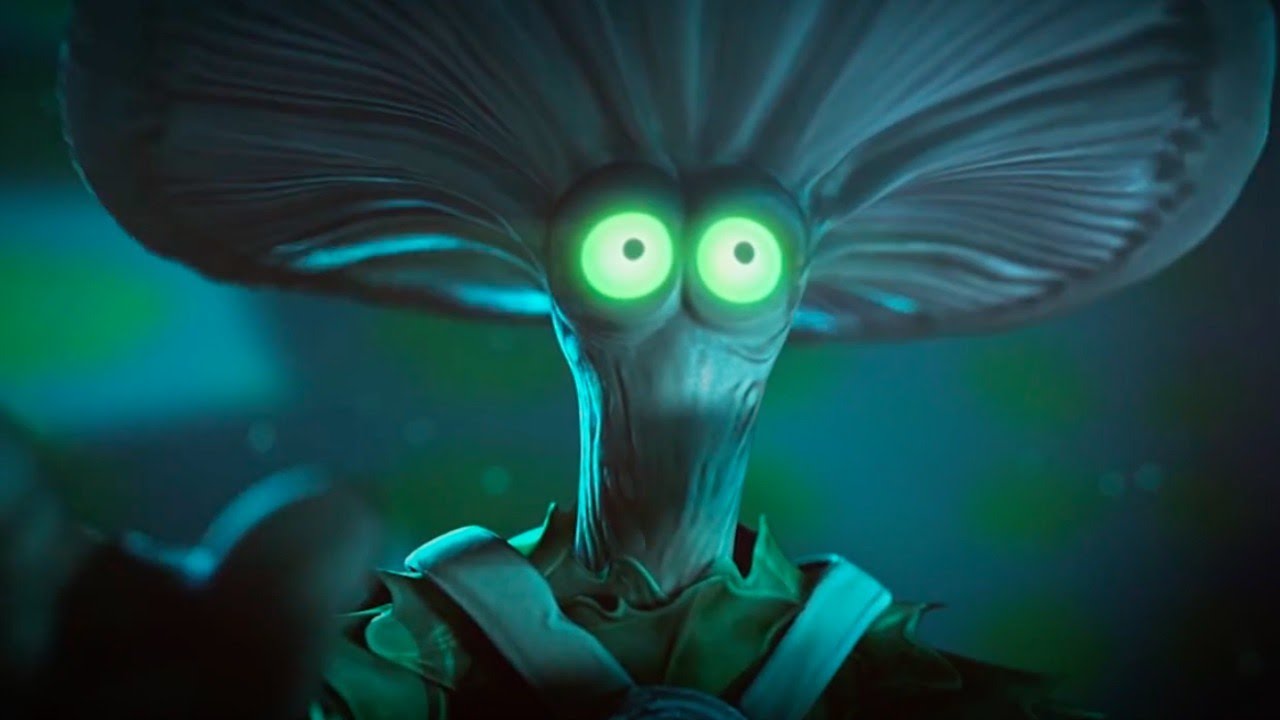 Jason recaps the events from Agents of Edgewatch S2|22: We Call That “A Lo Mang”.

First things first: I LOVE Steve trying to wrap pseudo-intellectual trappings around his love of poop jokes. “It’s relatable, it’s like doing a day of yardwork”… ummm, no. You just like throwing your players into poop as often as you can. It’s almost become part of the show’s appeal like we were some fantasy RPG version of Dirty Jobs.

On the other hand, I do think I’ve wrapped my brain around why this natural cavern system needs to exist… it introduces variety into a dungeon that otherwise doesn’t actually have that much of it.

When it comes to dungeon design, there’s a trade-off to be managed. You generally don’t want your environments to just be some random collection of creatures; you want there to be a theme that reinforces the story you’re telling. On the other hand, if all the monsters are TOO similar, it’s like playing on a treadmill and things get old fast. (See also: the Extinction Curse campaign where… OK… sometimes there’s a few too many xulgaths for my tastes.)

Looking at THIS dungeon through that lens, there’s basically two main pieces of this dungeon system. You’ve got the corrupted temple level, which is full of undead and undead-adjacent stuff. And then you’ve got the cultists, so… humanoids and THEY also play around with undead constructs. If you don’t throw something else in it runs the risk of getting bogged down in sameness and get kinda boring. So this underground cavern system adds a bit of a new biome and allows for some “natural” creatures to make an appearance. Allowing Steve to cover us in poop is just an added bonus, I guess.

So we start with the otyughs. Looking at the stat block for these guys, they’re really not that challenging. They’re CR 4 monsters, they only have 70 hit points, they’re slow and fairly easy to hit. It’s almost like they have a lot of the worst qualities of oozes, but without the positives of being immune to all that “extra” damage like oozes are. Granted, when the fight first starts and we don’t know how weak they are, it looks a little scary when they rush us; but once we get going and actually start landing blows, it’s a fairly easy fight.

In the aftermath, we don’t get anything in the way of treasure, but we do get a sense that the Graycloaks came through here and lost at least one of their members. It’s at least some encouragement that we’re on the right path. Seeing that, following the path to the north seems like a good bet. However, there’s a couple of problems with that plan. First… at the end of the path is the roper, so if we go up there, we’re in the same position we were in 4 or 5 episodes ago. But then we also find the mushroom men and the nook they’re… for a lack of a better word… worshipping. Only the object of their worship is a skitterstich – that’s right, a giant spider made out of corpse parts.

This fight… it’s a LITTLE tougher than the previous one, but still more of a warmup than a real challenge. On one hand, it’s a single enemy, so it’s one against four. On the other hand, it’s a higher-level challenge – hits harder, has a few special abilities, and so on. The other thing is… at least early on… it’s hard to get a read on how the mushroom men are going to react to us attacking the skitterstitch. On one hand, they treat it almost like an object of worship; on the other hand, they also seem to like Gomez a lot as well.

The other good news is that it’s just as susceptible to fire as the regular skinstitch we faced back at the bank. So we’ve got that going for us.

So we chip, chip, chip away… and we eventually get it down. It spawns a swarm when it dies, but a critical hit from the necklace of fireballs takes care of that in one shot. Also… somewhere along the line, Gomez became King Of The Mushroom Men. I’m still not quite sure I understand how that came to pass, but OK. You know having an army of followers is just going to go to his head, right?

The other outcome of defeating the skitterstitch is that we find what almost has to be the missing headpiece to the statue that the Elven Ghost Girl was watching over. I don’t know if this is going to be a recurring theme, or just a one-time phenomenon, but this would imply they’re using magic items from the temple to power their constructs. But finding this one means we can go ahead and take that back and put it back on the statue… which, for the moment, we’re going to assume somehow releases the spirit. (Extra credit: does this imply they did something similar with the dullahan’s chain?). And collect experience for it.

Now, I have to admit the end gets just a little too metagamey for my touch, as we spend five or ten minutes grilling Steve about where we could get enough experience to level up. Now, sometimes it’s a necessary evil because if we level up and don’t have our N+1 characters ready, we could have to halt mid-session and end up wasting part of a session. So sometimes, the logistics of the show demand that Steve give us a hint that we should prep our next characters. So… I don’t mind if we DISCUSS it, but it starts feeling a little uncomfortable if/when we start talking about which specific encounter(s) we can fight to push us over the top.

Looking forward, the presence of the roper makes this particular route a dead end, so next time we’ll have to retrace our steps and choose one of the other paths we didn’t take. That will almost certainly lead us past Elf-Ghost, so I guess we’ll cross that off as well. And then it’s on to Cultist-Land! As always, feel free to drop by our Discord channel or other social media and let us know what you think of the show. Thanks for listening and we’ll see you next week.