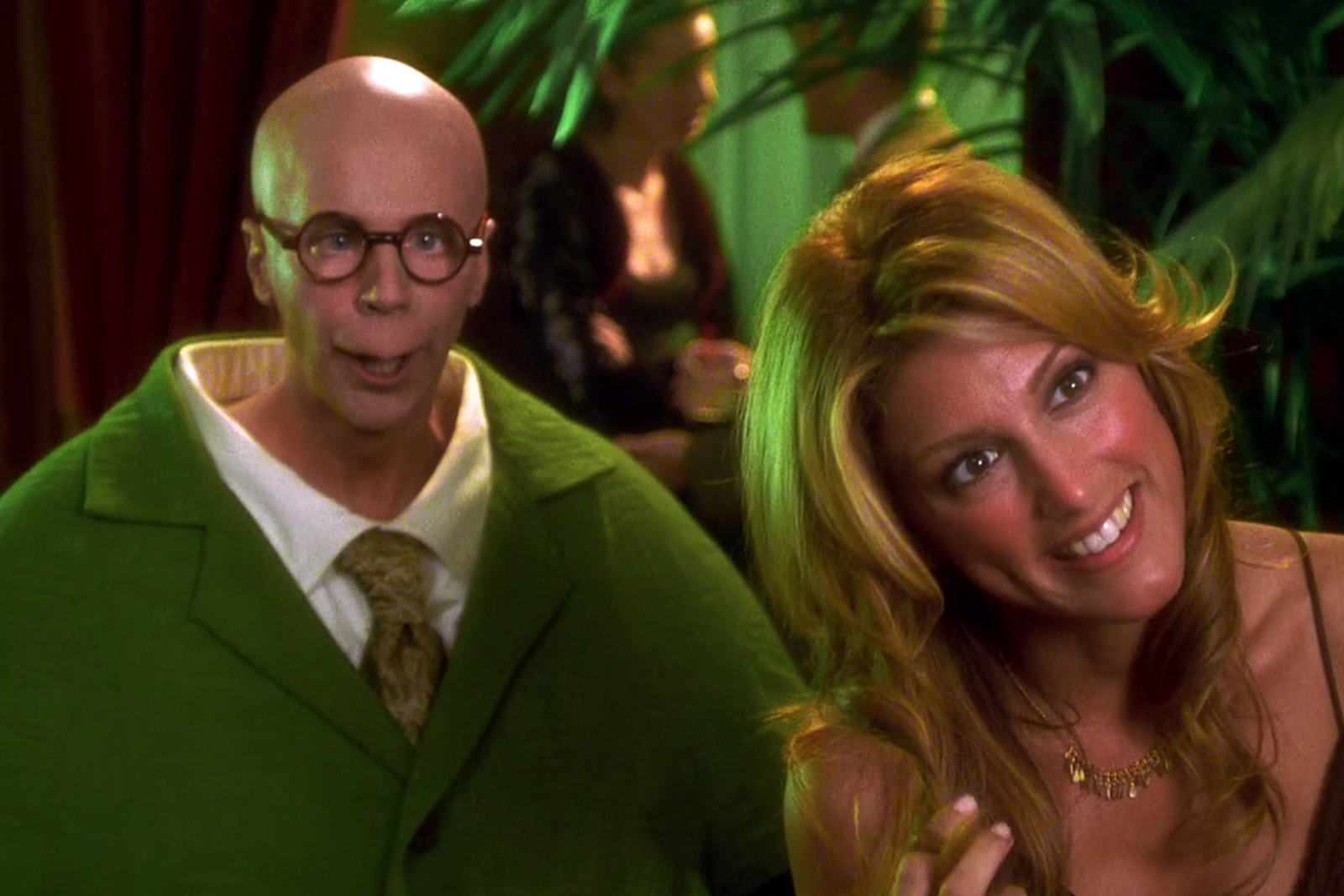 Jason recaps the events from Agents of Edgewatch S2|10: Who is Doguieman?

We start this week with a recap of Steve’s announcement for the show as a whole, although since you’re reading this on Monday, it’s moved from the future tense to the present tense. The Plaguestone crew is indeed back. The Three-Ring Adventure show had some scheduling conflicts mostly centered around Rob P. – not to point a finger at the guy; more to explain how the show can have scheduling conflicts while three of the four players and the GM are still available for another game – so we decided to use that window to bring the Plaguestone Four out of semi-retirement. We even recorded our first episode(s) last night, so it’s formally moved from theoretical to actual! We’re just not yet sure when it will air, for a variety of reasons mostly on Steve’s side, so stay tuned for that.

I won’t bend your ear too much about a show that won’t even air for weeks, maybe months, except to say it was fun to slip Brixley’s boots back on, and I’m already excited to see where we go with it. The only thing I’ll mention is length, to set an expectation on that front – it’s a single-book adventure (we’re playing Malevolence, but with a few tweaks to incorporate Celes’ backstory), so it should be of a similar length to Plaguestone. Maybe shorter since it takes place in the middle of nowhere and there’s not as much “infrastructure” (NPCs, shopping, etc.) to interact with. No three-episode filler arc where the characters go on dates, and Hamlin’s Hots hasn’t opened a franchise there. As far as we know.

Turning back to THIS show, it’s a bit of a transition week, so not a lot actually happens. We get our next breadcrumb for tracking down the Copper Hand gang and spend an inordinately long amount of time planning our next move. And Gomez wants to pretend he’s Barack Obama, for some reason? Did I get that right?

First I briefly wanted to jump the fence and talk about an interesting set of Tweets from the Pathfinder Papa himself, Jason Bulmahn: I wanted to jump in on this because it’s something I’d personally like to explore more in my characters going forward. Not necessarily loading your characters down with “flaws” exactly, but having a character’s backstory be more of an unfinished story than a destination. I think sometimes we see backstory as The Reason I Became A Level One Adventurer, and from there, it’s just time to start cracking whatever skulls the adventures put in front of us and forget about it. I really like the idea of having one’s characters continue an ongoing journey of personal development that pre-dates their life as an adventurer, and that they’ll fill in those blanks as well as leveling up and getting cooler spells.

Currently, I’m not as far along with this as Jason is, though I do like to have a broad personal motivation for my characters beyond getting rich and famous. Only the criminally insane engage in lethal combat against monsters for fun, and money only carries you so far as a motivation, so what’s driving the character when you peel that back? Sometimes I’ll share it with Steve; more often, I’ll just keep it under my hat, but use it as a compass to guide how my character would react in certain situations.

With Tuttle Blacktail (Dead Suns), it was discovering new knowledge that would get people to take him more seriously as a scientist. We only had one or two Starfinder Society games, but Nala Trienzi was a juvenile delinquent who recognized her current path was a dead-end, so she wanted to find a more productive path, but without sacrificing her sense of “fun”, and having the Starfinder Society pay her to explore sounded like a good option. In the case of Brixley Silverthorn (Plaguestone), I think there’s a sense that he KNOWS deep down he’s a bit of an “all hat, no cattle” lightweight going into Level 1, and wants to accomplish things that make him worthy of the external swagger he clothes himself in. Lastly, in the case of Basil Blackfeather, it’s finding the life that’s been laid out for him unsatisfying and wanting to do something that makes more of a direct difference in people’s lives. And heck, maybe that’s why I never really clicked with Nella Amberleaf (my druid from Pathfinder Society) – I never really got in her head and figured out WHY she was doing what she was doing. She was just… there because druid seemed like a cool class to try next.

Something to think about while we go over the plan for the THIRD time this episode, I guess.

Seriously. I got a little frustrated on this one, and I think the predominant issue is that Seth really sunk his teeth into the idea of using a disguise and just couldn’t let it go. The central choice was “pretend to be members of the Copper Hand” or “do initial recon as generic adventurers”, and I listened carefully… at some point, EVERY other member of the group says “let’s just be adventurers” and Seth just wouldn’t let it go.

And look… I get it. It’s fun when the planets align and that skill you never got to use before suddenly becomes useful. You want to Do The Thing because it may be your only chance ever. (See also: Tuttle saving the day with his teleportation puck in Dead Suns.) It’s human nature and I don’t really fault Seth for feeling that way. Especially when he built Gomez almost ENTIRELY around weird edge cases like that. (Let’s remember this is the same man who paid 50 gp for an anchor feather token on a dry-land adventure). I don’t even mind having the disguise kit as a plan B. If we fail to infiltrate as “adventurers”, our next step might have to be sending someone in as a member of the gang, and then… yeah, let’s do it. But he did get so locked in on it that it kind of sent the conversation around in circles a bit.

In other news, we gain a new level, and the big news for me is that Basil gets his first level 2 spells. Hooray! Basically, the multiclass archetypes lag the actual classes by three levels; so if a “real” wizard gets Level 2 spells at character Level 3, a Pocket Wizard gets them at Level 6. And it’s still only one slot per level, though there are some ways to raise that.

And yes, I fully admit I looked at Loren’s test paper and copied what Hap did with regards to Longstrider. Look… I get ONE spell at each level, so it’s all about bang for the buck. I might as well get something that has some duration. A 10-foot bonus to movement that lasts 8 hours… especially now that I’m screwing around with archery and might need to tweak my range… seems more useful than a lot of other things I could take.

Though for the record, I took Comprehend Languages and Invisibility as my free spells. With Comprehend Languages, I actually took it more with an eye for the heightened Level 3 version that lets you converse in other languages. I suspect we can take writings back to the lair to decipher them, but I want to be able to TALK to nasty creatures if necessary. Invisibility is invisibility. Its uses are obvious.

I also took Snare Crafting as a skill feat, though I’m already getting a feeling that may have been a case of “spending resources to solve the previous problem”. Here’s the thing: when we were preparing for the bank robbery, snares seemed so useful, and it was something nobody else in the party could do. But as I’m thinking about it, snares are FAR more useful when defending a fixed position, and our role as police officers almost always puts us in the role of aggressor, kicking down doors and invading bad guys’ spaces. Guarding the bank was the exception, not the rule. So I’m already feeling like Snare Crafting MIGHT not have been a good choice, and I may yet retrain out of it later.

In terms of actual plot development, our next lead takes us to the Foreign Quarter, where Captain Melipdra of the Sleepless Suns has our next lead. He’s got a rowhouse that serves as Copper Hand base, but he can’t infiltrate it because the local gang members know his guards too well, so he needs some outsiders to do it. So we shut down the gang, funnel some of the collars to him (“collars”… LOOK AT ME USING COP LINGO), and it’s a win-win. And he teaches Lo Mang to be a better monk.

(Aside: this is one of the cooler things about 2E we see occasionally: NPCs that can teach feats or even, in this case, entire archetypes that aren’t otherwise available. We saw one or two of these in our Society games, but I’d like to see more of them included going forward. The idea of learning from wizened experts is a pretty cool one.)

So join us next week when we… pose as adventurers? Let Gomez do his disguise? Hell, I don’t know anymore. However, we go about it, we’ll be looking for the Copper Hand gang so we can put a stop to their shenanigans. As always, feel free to drop by our Discord channel or other social media, and let us know what you think of the show. Thanks for listening, and we’ll see you next week.