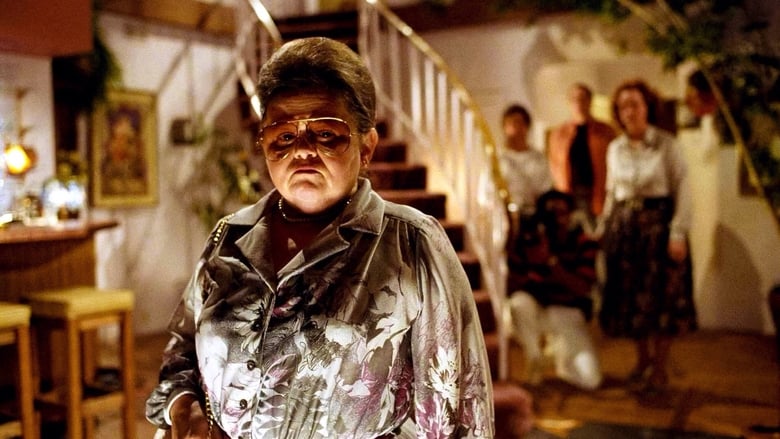 Jason recaps the events from Agents of Edgewatch S2|09: A Penny Saved.

Welcome back to the conclusion of the great bank heist on Roll For Combat. We spent at least a month running down leads, and it finally comes down to beating down a droid…. errrrr… construct.

The first question I ask myself when playing through, and when going back and listening, is… why did this feel so (comparatively) unsatisfying? It’s like… we spent over a month figuring out the logistics of the bank robbery, we finally shut it down, and I still felt like it was kind of anticlimactic.

To answer my own question, I have two reasons.

First, not to get all Bernie Sanders on y’all, but there’s something that hits different about defending a bank vs. stopping a completely demented serial killer operating a murder hotel. I will grant that the banks of Absalom are not FDIC-insured, so a robbery could literally ruin the Penny and Sphinx, but protecting people’s lives will always feel more heroic than protecting people’s money. And the only lives at risk were arguably the customers that we put in danger by attacking before fully assessing the situation. So the Heroism Needle for this particular engagement dropped from a good solid 8 or 9 to maybe a 4 or a 5? If that makes sense.

The other thing is, these guys had some tech that was above their paygrade that made them a tough fight, but they weren’t the masterminds. The Big Bads of the Copper Hand gang AND the Skinsaw Cult are still out there. Yes, the skinstitcher and the construct were formidable opponents, but they were in the hands of a relatively minor threat… a few minions on par with the guys we beat at the docks, and the banker’s stepson. So while we beat the threat in front of us, the larger threat remains, and knowing that makes the whole thing feel like unfinished business, even as this part of the adventure draws to a close. Say what you will about the Pratchett encounter; tossing a guy into an ochre jelly definitely provides closure.

One thing I found myself struck by as we began this episode is that we probably made a bigger deal out of the caltrops than we needed to. It’s a 5-foot penalty to movement and ONE whopping point of bleed damage. That’s not going to kill anyone. And yet, here we are at the top of the steps in Tactical Analysis mode for… well, FAR longer than the threat really dictated.

Though in my case, I also wanted to clarify the rule for future use. My ancestral ability essentially works like Feather Fall: I can use my wings to fall slowly, with no real restriction on the vertical distance. But it was worth knowing whether my ability worked with a horizontal component – could I glide or just drop, but slowly? Physics 101 would suggest I should get a little bit of horizontal movement as I fell. But in this case, the fact that it was a set of stairs imposed additional considerations on the vertical side: if I fell too fast, I’d still land in caltrops, but if I fell too slowly, I’d smack my head against the descending ceiling above the stairs. (Heck, if you want to get technical, would there be enough room to fully extend my wings in a staircase?) So all in all, I think Steve’s ruling was fair – give a reflex save to account for those shifting conditions, but otherwise, give me the horizontal movement I would’ve gotten from a leap (plus maybe a little extra for the glide path).

So we get everyone downstairs, and we reveal the construct in all its glory. As expected, it hits HARD, and the ability to hold people down and drill into them is a nice cherry on the sundae. On the other hand, I guess I was a little surprised its defenses weren’t more formidable. I’d expect a construct made of metal to have some damage resistances, but no resistances and fairly easy to hit as well. The two sidekick rogues were easy pickings, and even Kolo wasn’t that tough once we got rid of some of the “noise” and were able to focus on him.

With all of the combat resolved, a picture of the full heist emerges. The crew upstairs were mostly diversionary, designed to stall any Token Guard that showed up later. The Skinstitcher held the stairs to the vault, while the machine took care of opening the vault. You figure if we hadn’t been there, either help wouldn’t have arrived at all, or it at least would’ve taken a WHILE to get there – someone would have to escape the bank and go get the Token Guard, come back, navigating through the float wreckage in both directions, and dealing with the guys upstairs.

There are still unanswered questions. First, what role did Kolo play? Is he actually a cultist, or just someone’s greedy Useful Idiot? I think it’s the latter, but you never know. I do wonder which attackers were cultists and which were Copper Hand, though that’s mostly about vindicating our handling of the upstairs. If they were Copper Hand, maybe we could’ve negotiated with them. If they were Skinsaw Cultists, they would’ve started killing as soon as they had what they needed anyway, so we just cut to the chase. And of course, the big question… who’s behind it all, and how do we find them?

As the post-game starts to unfold, one thing happens that I have to comment on: Seth paying 55 gp for a single feather token that PROBABLY has zero practical use… the anchor. It’s one thing to spend a little money trying out different gear (particularly consumables); I did so myself with a couple of magic arrows. But those were only 10 gp a pop, and you could immediately see how they’d be combat-relevant. To spend 55 gp on a boat anchor, when there’s absolutely NOTHING to suggest we’ll even be leaving Absalom, much less on a boat… I’m not sure whether he’s insane or just the most dedicated roleplayer I’ve ever seen. Maybe a bit of both.

Watch, I probably just reverse-jinxed it and the Skinsaw Cult has their own boat that they’ll use as a getaway craft. Make me eat my words.

So next week… it’s hard to say what happens. We level up, so that’s always nice, but in terms of the larger story, unless we can get something from the guys we captured during the heist, I’m not sure what the next move is. Maybe Kolo saw or heard something to point us in the right direction? Maybe the wreckage of the construct contains clues? (Do those things come with a “black box”?) I guess we’ll find out next time.