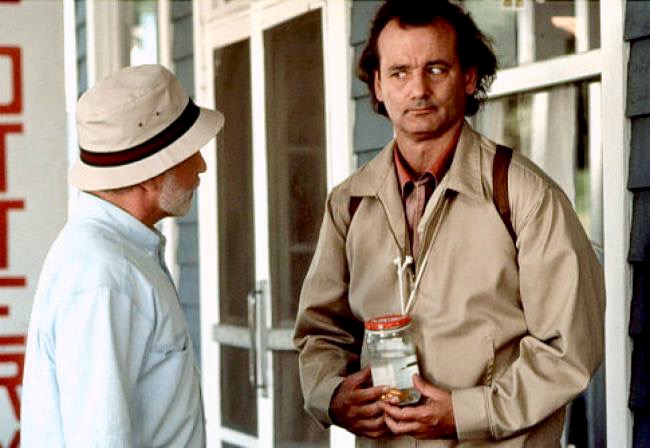 Let’s be honest. This week’s episode is a mostly ordinary combat episode, but with one BIG surprise. The return of Bob Markee to Roll For Combat.

If you somehow managed to miss the two-year-plus Starfinder podcast that preceded this show, Bob was/is part of the original crew that launched our show when we did the Dead Suns campaign, playing the anti-hero Envoy Rusty Carter. But when we finished that one up, he decided he wanted to take a break from the gaming group. No falling out or anything like that; he just wanted to do some other things for a while. To be fair, this same iteration of the gaming group has been together for about a decade – Chris, Bob, and I have been the constants, and then we’ve had a different fourth (and occasionally fifth) join us here and there. Sometimes you gotta mix things up a little bit.

But when I heard Bob would be coming on to play Sharky for a week, it was definitely a welcome development. Aside from the general “it’s fun to have him around”, I can think of at least two specific reasons our table is better with him around.

First, he’s a little more toward the calm-and-diplomatic side of things like I am, which helps break up some of these pissing matches that occasionally arise. Don’t get me wrong: Bob has his own pet peeves – particularly about starting and ending on time – but getting worked up about a rule interpretation and letting it derail a session isn’t among them. He’s in the “we talk about it for a minute, reach a decision, and move on” camp like I am (unless someone dies, at which point you take time to stop and get it right).

The other thing is that he might be the best roleplayer among us, which adds an additional dimension to things. Even though it isn’t relevant to taking over an existing character, he comes up with some of the best character concepts. When I say “roleplay”, he doesn’t particularly do VOICES (I don’t think those work well with the all-online table anyway), but he really gets into the headspace of his character and figures out how that would affect his actions and puts some interesting and unexpected choices into it. Like, the part about Sharky just opening his mouth and waiting for the rest of us to feed him instead of just wading into combat: that’s a total Bob move. And he plays well off other players’ cues – I don’t think I told Bob in advance that Basil was wary of Sharky; he just kinda picked it up and ran with it. Though I suppose Steve might’ve briefed him a bit.

(If he were going to be here longer, I’d say the third main benefit of Bob’s return is that he always took the most thorough notes of any of us, but he’s probably not going to resume his stenographer duties if he’s just here as a guest star. So I guess that task still falls to me.)

The episode itself… is mostly taken up with the battle against the former adventuring party, and I LOVED that little twist. That ripple of horror that went up when Steve revealed it was them… that was a totally genuine reaction. I’d been expecting that we might meet some of the “officially” missing people like the zookeeper or Kemenelis, but I never thought that throwaway encounter from the first session would find a way to worm its way back in. And as deaths go… having your skin flayed off and turned into an undead creature is pretty viscerally awful. Unlike Seth, I don’t particularly hold us responsible in any way – our job at the time was to get them to calm down and leave the bar, and we accomplished that. But still… as “shocking” moments go, that one was right up there.

The fight itself ends up not being that tough for the party as a whole, but Basil takes a pretty good beating. Whatever… I was due for one. I did like the subplot of Sharky using Basil’s feathers as decoration… that amused me quite a bit. We heal up, and as usual, John is complaining about healing. I get some of his frustration, but I also feel like we’re a level or two from healing getting a lot more interesting. Remember that once we hit Expert in Medicine a) the DC15 check should be ALMOST automatic for anyone with a decent base score, and b) you can upgrade to a DC20 check to heal an additional 10 HP. Right now that would still be risky, but once that’s a little easier to hit, that would make after-combat heals go a lot smoother. Also, in different circumstances, there’s still the option of proceeding directly to the hour-long heal, but that’s not really a great roleplay choice during what’s supposed to be a hot pursuit.

Our next (and for this session, last) set of doors leads us to the room that resolves the ochre jelly mystery. Holes in the ceiling for the chutes from the guest rooms; hole in the floor contains the jelly. Easy peasy, lemon squeezy. I was a little miffed that John just wandered up to the edge of the pit, but then again, the existence of the net for fishing out valuables indicates there’s probably SOME way to operate safely within the room. It’s not like you can TRAIN an ooze, so even Pratchett would need a way to function in here. In an adjoining room, we find a makeshift smithing operation, which is pretty much designed for melting down valuables retrieved from the dead guests. Specifically, we gain evidence on our missing zookeeper (Archibald Knight) as well as one of the names on the general list (the ice wine merchant).

Now, look… I realize that maybe I’m reading a little too much into it, but I think the veterinarian’s whereabouts and intentions are still a little suspicious. For one thing, Knight hadn’t sent the breakup letter to his wife yet, so that indicates he hadn’t yet made a final decision about leaving her. And SOMEONE poisoned the animals, making it odd that she was away RIGHT when that happened. There’s also the fact that that digger went missing, almost as if the menagerie incident was cover for that. So I still think there’s SOME sort of thread to be untangled there. To be clear, I don’t think she was part of THIS: not saying she was in league with Pratchett and luring Knight to his doom; I think that part was picking the wrong hotel to shack up in. I just think there are unanswered questions and we still need to find some sort of more definitive resolution of her status. (I know it’s an old point and not relevant to the chase we’re on now, but wanted to keep it on the radar.)

So next week we resume the chase. I checked, and we’ll still have Bob with us for at least one more episode – never sure how the footage turns into finished shows – so that’ll be fun. We’ll continue to explore the torture workshop, hopefully, unravel the remaining mysteries, and maybe even take Pratchett into custody and end this nightmare. While waiting for next week’s show to arrive, feel free to drop by our Discord channel or other social media and let us know what you think of the show. Thanks for listening and we’ll see you next week.