The Bird’s Eye View S1|24: Take A Literal Bite Out Of Crime - Roll For Combat 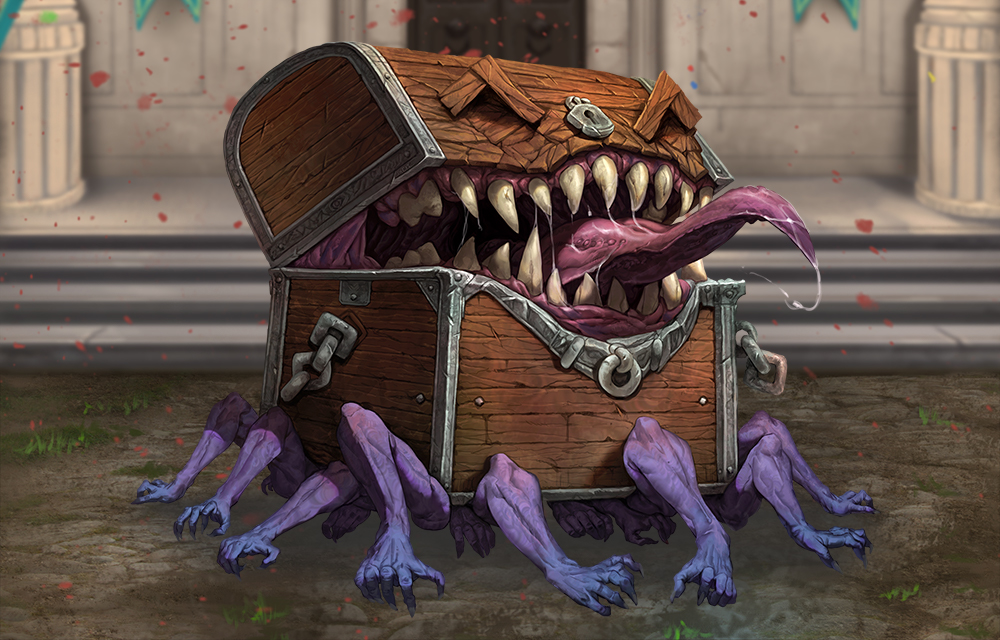 Jason recaps the events from Agents of Edgewatch S1|24: You’ve Got A Friend On Me.

My internal chronometer was thrown off a little by this week’s episode. I generally thought we jumped in more quickly, and SPECIFICALLY, I thought we had a special guest performer for Sharky from the moment we ventured into the basement. So some of the column I was writing in my head will have to wait for next time. Oh well.

I don’t want to beat a dead horse, but the big thing this week is Steve allowing us to take a long rest and level up. Strictly speaking, it’s not rules-compliant, but it is what it is. The usual ebb and flow of Pathfinder generally assumes an adventuring party that can proceed at its own pace; it’s a system that just doesn’t always handle being on a clock gracefully. And it’s not just the “cops” setting or even a Pathfinder issue; it was even an issue to a lesser extent back in Dead Suns as well, where we had infiltrated the enemy flagship and then holed up in a storage closet for 8 hours.

But what are the other options, really? The realism of the campaign breaks down entirely if you just shut down a hot pursuit for 24 hours (imagine being on the tail of Ted Bundy and just deciding to take a day off…), and if you “call for backup” and let other officers help you, your party members are relegated to supporting actors in their own story which doesn’t make you feel very heroic.

So Steve came up with the best compromise he could, which means we’re level 4 and fully rested. Really the big change for Basil was bowing to reality and taking Battle Medicine – that gives us a few chances to make those heal scrolls and potions last a little longer. I also took a wizard archetype feat that will EVENTUALLY give me first, second, and third-level spell slots… but for now, just a single first-level spell. So… add one blast of Color Spray to my arsenal.

Incidentally, this character is REALLY forcing me to rethink how I analyze spell choices. To summarize, the wizard archetype gets two spells (though they can still learn spells from other sources), and can only have one slotted at each level. Somewhere in the teens, there’s a feat you can take to get an additional spell slot, but for now, one spell per level is all I get. Under those constraints, I’m pretty much choosing for utility. I’m not going to say ZERO offensive spells, but I’m looking at stuff that hits multiple targets or has a duration or SOMETHING that makes it stand out over a single-target ping. In the grand scheme, a spell that deals 20 or 30 points of damage is a drop in the bucket, but if I can give Dougie and Lo Mang flat-footed for multiple rounds, that has legs. At later levels, I may even move toward non-combat options like Invisibility, Comprehend Languages, and other tools that will help the investigative side of the house.

But for today, Color Spray it is. USE IT IN HEALTH.

Next up is the recruitment of Sharky, which is another bit of rule-bending that I’m just going to chalk up to “good radio”. On one hand, Sharky DID critical fail against Seth’s intimidation, so that DOES mean he’ll be pretty compliant. (Strictly speaking, Gomez “controls” him for a week now.) On the other hand, I still think asking it to risk life and limb to go fight creatures would represent a greater danger than anything Seth’s intimidation implies, so maybe Sharky should get a new save or something.

The long and short of it is that one can come up with a rules reason why it’s a dumb idea, and I wouldn’t even argue it too strenuously. But from a standpoint of making things FUN, it’s an absolute winner. It introduces a new dynamic to combat, it makes the party a bit more survivable, and as you’re going to hear next week, it lets us bring some old friends back into the fold for a visit.

So for the immediate future, bring it on. The Avengers have a Hulk; we have a mimic. Though Basil’s going to be keeping one eye on him the whole time.

Which brings us to a little bit of a dilemma. You’ll remember a few weeks back I wrote about feeling a little frustrated about the teasing at Basil’s expense. (The jokes about the fingers resembling worms.) Yet this week, I was pretty much doing it to myself: jokes about Basil “tasting like chicken”, jokes about Basil being distracted by shiny objects. So what’s the difference that makes this time OK?

I think it comes down to two things, though maybe they’re two aspects of the same basic thing. First, I think most of the teasing was about my character’s actions, not the character itself. Setting aside Basil, another thing I’ve noticed about when we tease each other is that it’s usually based on things we DO: Chris always demanding healing, John playing a tanky character, and then complaining about having to actually trade blows and take damage. In this case, I CHOSE to play Basil as wary of Sharky’s intentions; that was a roleplaying choice on my part, so I can’t really fault other people for then reacting to that roleplay choice as they see fit. If their response is to pile on and make jokes about Basil looking like a good snack or whatever… I kinda invited that reaction. Also, I think there’s something about self-deprecating humor… it’s easier to laugh along with something when you’re making the jokes yourself.

So we head down into the basement – for real this time – and we face off against the pickled punks, which has the feel of a classic “stretch your legs at a new level” fight. Paizo tends to put these fights in their adventures; they know roughly when people are going to level, so they usually give you a fairly easy fight out of the gate to figure out how the new tools work before throwing anything too difficult at you. The punks don’t hit that hard with their initial attacks, and don’t even have THAT many hit points (a little more than a one-shot, but most of them didn’t last more than two hits); the only real danger there is the persistent damage if you leave them attached for too many rounds (or get too many of them on you at once). But we manage the fight fairly effectively, and it’s pretty much a walk in the park.

So… the rest of Murder Hotel’s Inner Torture Sanctum is going to be that easy too, right? Please?

Guess we’ll find out next week. As always, feel free to drop by our Discord channel or other social media and let us know what you think of the show. Thanks for listening and we’ll see you next week… with a very special plus-one!