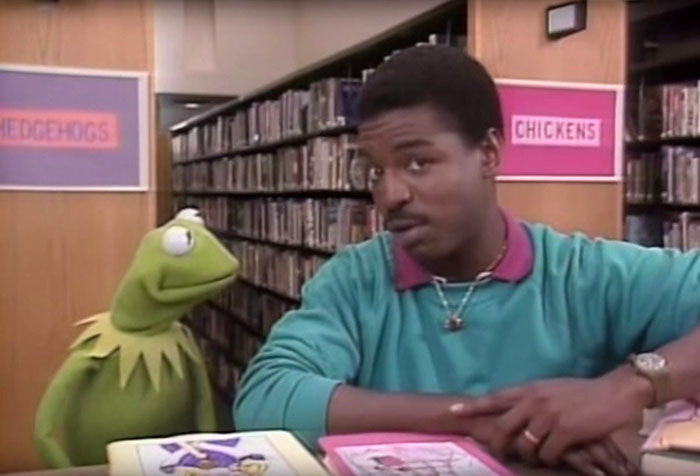 Jason recaps the events from Agents of Edgewatch S1|26: Taking A Bite Out Of Crime.

First and foremost… 300 episodes. Wow. That’s pretty crazy. I mean, the math checks out, even just calculating it off the top of my head. Dead Suns ended in the 130s or 140s, and Plaguestone was about 45 episodes. Those both ended around the same time, were replaced by Three Ring and “Black Lodge + Edgewatch”, and these shows just hit the one-year mark, so 104 there. Add another few episodes of Starfinder Society and other one-offs, and that’s absolutely in the ballpark of 300. (And since Steve is the only one who appeared in ALL of them, I’ll trust his count.)

This is one of those episodes that’s a little weird for me because I forgot about chunks of it. I have to admit I thought last week’s episode was the entire session and forgot about this additional room/fight. That starts to happen the longer the lag gets between when the episode records and when it airs. I’ve never forgotten a boss encounter or major plot point, but every once in a while, a room or two will get lost in the shuffle.

If you’re curious – what we’re listening to now might have still been recorded in 2020 (I believe). Depends a little on how many sessions we missed over the holidays, but my email says I sent my L4 Basil to Steve around Thanksgiving. Just to give you some perspective on how fast we generate and burn through our content.

As far as Steve’s show note about the game forcing you to handle certain content at certain levels: the VAST majority of the time, I’m not too proud to take the rest when we need it. Sometimes I get my back up and want to see how close to “E” we can run our characters, but most of the time, I’d much rather survive the adventure and get a nice clean win with all our resources. The big thing this time was the story… breaking off a hot pursuit to regain resources… but that’s ultimately Steve’s call as GM/”director” of the show. If he didn’t think it spoiled things too badly, I’m willing to do it.

The funny thing is that my pre-COVID home game was very much the opposite. Our GM was basically using the Rappan Athuk mega-dungeon as an adventure tourism destination and built up a town specifically to serve adventurers’ needs. So going to the dungeon was ALMOST like clocking in at a 9-to-5 job for our characters in that one. We’d go explore the dungeon for a day… MAYBE stay overnight if we could find a safe spot to long-rest… and then come back at the end of the day. And the overarching story, such as it was, was more banging away at individual quests that sometimes linked into a larger story. With that group… you take the rest when you need the rest. Period, end of story.

Neither is wrong. Obviously, the latter model fits the game system better, but I do like having a slow-burn story that unfolds over the course of the game rather than an almost WoW-ish “bring back 10 skeleton bones”.

As we turn back to the “forgotten” fight at the heart of the episode, it was not devoid of interesting developments.

First, we get a reminder that Drained is a NASTY status effect, at least in part because it’s a slippery slope. There’s a status effect that just slaps on a negative and then moves on with its day, but then there’s a status effect that also lowers the saving-throw score, making it even harder to get rid of/easier to extend to higher levels of the affliction. So to summarize, Drained a) inflicts hit point damage which it b) gives to the enemy as healing and/or temporary hit points (sometimes), c) lowers the player’s max hit points by the same amount, so even if they have access to healing, they can only recover to the newly-lower ceiling, and d) lowers their CON so it’s harder to make additional saves. Ouch. The only saving grace here is that Paizo knows this is cruel and unusual punishment, so it usually caps the effect at Drained 2 or Drained 3… otherwise, it would just snowball into a bunch of corpses with Drained 8 or Drained 11 on them.

On the bright side, the Corpse Pendant gets a chance to prove its worth, with a pause for a brief rules lawyer moment. The thing is undead can’t perceive you unless you attack… but if you cast heals or other support magic, that doesn’t break the charm. So Gomez was pretty safe… EXCEPT. He’s still got object permanence. He still exists, so what happens if a wight tries to move through his space?

I think I would’ve been a bit more generous on my ruling than Steve was. I think I would’ve made moving out of the way a reaction that automatically succeeds in normal terrain, but requires a roll if it was difficult terrain. Putting it in other terms: if they’re in open space, it shouldn’t be hard to see the wight coming and step out of its path; if Gomez had to maneuver around a workbench or something to do it, then yes there’s a chance of not getting far enough away or making noise while doing it. Nevertheless, Gomez makes his roll, so we’re all good there.

The other big development of this room was finding the treasure trove of magical items. Now… I don’t think we’ll be able to make use of Kemenels’ stuff since he’s still alive. I am toying with the idea of visiting him later and asking him to TEACH me some spells, but he should get his stuff back. But Pratchett’s book? Oh, I’m calling dibs on that… assuming we survive. And it’s not all avarice: now we have a good handle on what he can cast, and it’s almost all necromancer spells.

Now we have a bit of a dilemma, but it’s of the more normal kind. Gomez has the bulk of 10 minutes where he’s basically invisible to undead, which would be really useful for scouting the remaining rooms. On the other hand, Dougie (in particular) took quite a pounding so we really need to heal, and unless Pratchett is secretly a vampire or something, there’s at least one NON-undead who will see Gomez just fine if he walks into the wrong room. This isn’t “long rest or not”; this is just normal allocation-of-resource questions every party has to deal with and eventually we decide to get Dougie back up because the value of knowing what the next room looks like is limited if we start the next fight with our biggest damage dealer at death’s door.

Sometimes I worry that I’ll touch off some blood feud between John and Chris when I say that. Truth told, I didn’t run the numbers and I don’t KNOW who deals more damage, but I feel like John’s maul gives him the edge at the top end. And note that I’m not saying “best fighter”… just “biggest damage dealer”: Lo Mang has mobility and more ability to spread his strikes out on multiple foes, which can be priceless in certain encounters. But in a single-target slugfest, there’s nothing like critting for 30 or 40 points in one shot.

So we finally enter the room… and in one of the day’s least surprising developments, it’s a shrine to Norgorber, and particularly the most bloodthirsty and vicious sub-cult of Norgorber. And over in one corner, we find the equivalent of a signed confession in the form of a diary of Pratchett’s crimes… written in (we can assume) the blood of his victims. Captain Crazypants it is!

And there’s one more door, which, just based on the layout of the level, Pratchett pretty much has to be hiding behind. The basement has ultimately taken the shape of a big “U”, so there’s a 40 or 50-foot hole in the map and then we’d be back in the room with the flying undead pork rinds. That sounds like an inner sanctum to me.

So next week, we kick down that door and see how much of a tough guy Pratchett is when faced with trained agents of the law and not helpless hotel guests. It’s funny… there are bosses where I fought them because it’s checking the box or moving the story forward. Given the awful shit we’ve seen in this dungeon, I really want to take this guy down. I don’t even want him running away and getting caught by the officers that are now theoretically outside. I wanna knock the smug right off his face. This whole ordeal of awfulness has actually provoked a genuine desire for some revenge and/or justice.

But… patience, dear readers. That’ll be next week. While you’re waiting, feel free to drop by our Discord channel or other social media and let us know what you think of the show. As always, thanks for listening and we’ll see you next week.