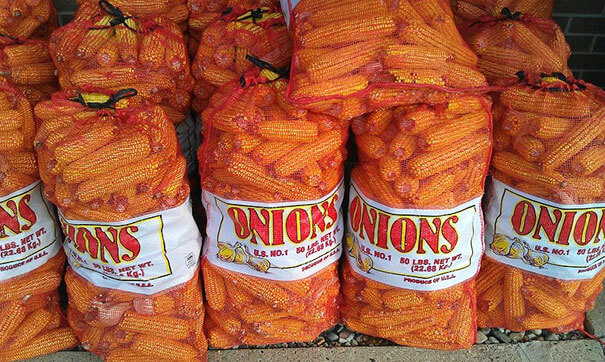 Jason recaps the events from Agents of Edgewatch S1|05: Pathfinders For The Ethical Treatment of Animals

I’m going to start this week in an odd place, with a note on spelling. At least of proper names. This mostly comes up in relation to the creatures we face this week – the almiraj and the ankhrav. As well as, to a lesser degree, the names of the zoo owner and the veterinarian.

I’m always a little torn between being an authoritative source, the “paper of record” for Roll For Combat, weighed against the idea that this is meant to be a fairly spontaneous capture of my thoughts as I’m re-listening. I think what I’ve settled on is this: if it’s the name of a creature or spell or rule mechanic, I go back and check it. To whatever extent we’re explaining rules and such, I strive for accuracy in the nuts-and-bolts discussion. When it comes to proper names (people, town names, etc.), it depends on how much I’m going to talk about them. If they’re one of the major focuses of the week’s article, or I know we’re going to continue talking a lot about that person in the coming weeks, I’ll shoot Steve a text and ask him to get me a spelling. If I’m just going to mention that person once and forget about them, I don’t mind just taking a stab at what their name sounds like and hoping for the best. (Or I turn it generic and make it “the shop owner”, “the mayor”, or some other more abstract identifier.

At any rate, we start this week with Basil in the spotlight, as it’s time to do some detective work. Specifically, Remy (I guess we DID get a name for him) shows us where the veterinary and the menagerie owner’s trailers are and we do a little digging. (Surprise, surprise… right next to each other). In addition to a trove of critter-specific magic, we get multiple confirmations that yes, they were having an affair, and yes the guy (Knight) was close enough to leaving his wife to write the letter, though he didn’t send it. But clearly, they’ve been gone for at least the week everyone thinks they were.

Here’s one of those places where I have to suspend my tendency to metagame a little. Jason The Player knows that Paizo doesn’t usually put a lot of extraneous information in these adventures. If they were having an affair that we found like… three or four different bread crumbs leading toward… I suspect that’s going to become important at some future point. But in character, we don’t KNOW it’s relevant, at which point we’re really just digging around in someone’s dirty laundry, which is a little wrong.

It also does seem to be more than a coincidence that the one person who might have been able to detect and stop the corruption of the animals conveniently disappeared. Still don’t know the motive – did the wife find out about the affair and take her revenge, or was there some other play going on here? But one does wonder if maybe the doc was removed to get her out of the way so the zoo could be sabotaged. Also, who the heck LEAVES town right before the start of the big festival that’s likely to make this place busier than it’s ever been?

After our pause to investigate, we begin our sweep of the main building. First, we round up a few more survivors, which gives us both a better picture of what’s going on, as well as a side quest. For the former, it turns out that if a rust monster escapes, all those metal cages you’re keeping the other animals in become tremendously overrated. For the latter, we have a father whose kid has gone missing in… of course… the most dangerous part of the building. FAN-tastic!

We get ready, throw open the doors, and our well-made plan kinda goes off the rails, as the almiraj (“bunnycorn” would’ve been so much easier) is pretty much waiting to attack us on the other side. You know… the thing with the horn that can paralyze us, and if we die that way, it’s perma-death. Oops.

And then… oh, who am I kidding… I screw up royally by bleeding encounters.

The goal of running deeper into the room was to get around the penalties for cover when shooting the sleep dart – it was double doors with Dougie and Lo Mang in the two front squares, but since the almiraj was small, there was a 5’ gap to get past it on the other side. So to get a clear shot, I decided to just run past the bunnycorn and shoot from the other side. Simple enough, right? But that alerted the beetle to our presence, so not only was the second encounter activated, but I had two creatures between me and the rest of the party. And I followed that up by missing with the dart, not once, but twice (via Hero Point). Not my best work. 20/20 hindsight, should’ve waited a round and used Devise a Stratagem, but I thought the rabbit would be a bit tougher than it turned out to be. That, however, was our saving grace, as both creatures ended up being surprisingly squishy and didn’t last long. I don’t think I even got a second attack before the fight was over.

As a side note, you might have noticed a few places where we sounded a little confused during this battle: specifically, John thinking he had the blowgun and sleep darts, and me loading it even after I said I loaded it before we opened the door. To let you in on a little secret, the previous session ended right before we opened the door, so we’re not stupid, we just had a week of real time pass between those two events.

At any rate, battle won… nobody paralyzed, we’re in pretty good shape to finish this up. Eventually, we have the map filled into one room, which almost has to contain the ankhrav. The big thing here is the acid attack that the keeper warned us of – it’s a cone effect, so it could hit all of us, and we’ve been warned it can do a lot of damage. (Out of character, I went and checked… 3d6. As level 1 characters, that’s lethal with a good roll.)

I got a little bit frustrated with John here, and it’s something we also saw in Dead Suns with Mo Dupinsky. He chooses to play melee-first characters – he’s said on multiple occasions he likes characters that play “simple” – but when it comes time to actually do that, he gets frustrated that he’s the one in the front taking the damage. Not sure what to tell you, man. I thought I had a nice little plan with using the desk as a makeshift barricade at the east entrance… I don’t know if it’ll work or not, but if we can hold the ankhrav off and maybe miss the acid for a round or two, maybe that’s a workable strategic advantage. You can also hear John talking about circling around to the west and using the outer doors at the other end of the ankhrav enclosure, but two problems with that. First, it feels like it would require a level of coordination we don’t really have; we’d need magical communication so we coordinate opening the doors at the same time. Second, the doors might be locked, which puts us in a situation where the east team has started the attack and the west team has to run back around the building to rejoin the fight. At which point… divide and conquer from the monster’s point of view.

We do eventually come up with a compromise, but you’re going to have to come back next week to hear what it is. While you’re waiting, feel free to drop by our Discord channel or other social media and let us know what you think of the show. Thanks for listening and we’ll see you next week.