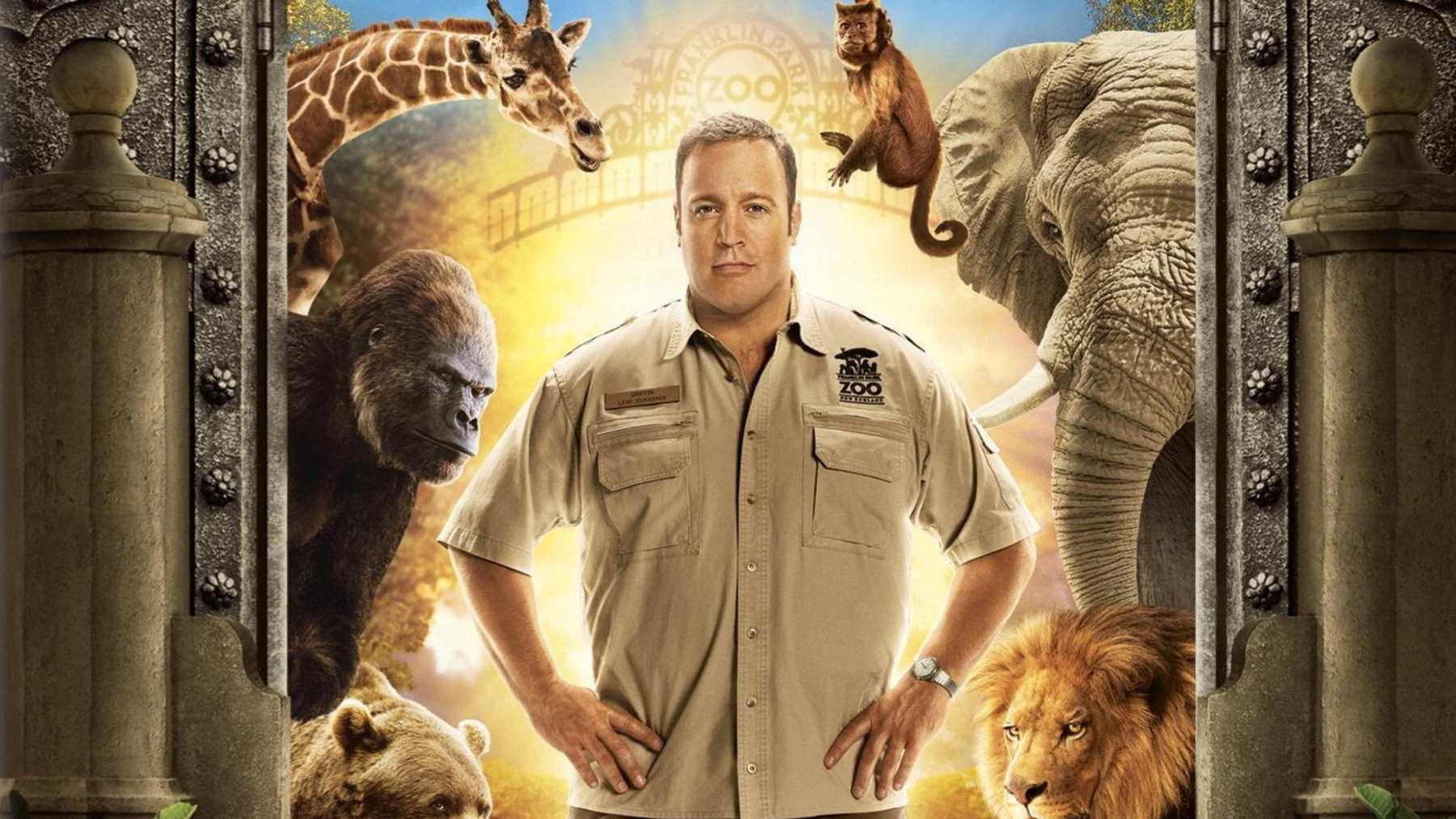 Jason recaps the events from Agents of Edgewatch S1|04: Lions and Tigers and Owlbears. Oh My!

First, I’d like to remind everyone that this week’s episode is STILL part of the same day as the last two. Just thought I’d mention that. Fights 3-5 in the zoo alone, probably the 6th or 7th distinct incident. I’m not saying that as a complaint… more like… marveling at it. It’s just a little odd how this system works, I guess.

This week we actually have the return of the GM Steve intro, and I actually learned something in the process. I guess I didn’t realize that part of how Steve was handling loot was converting gear drops into a larger fine. I’m OK with that, but I guess I’ll start bragging about how we’re already making more money than the Circus Folk if that’s the case. It just makes things more fun when we finally get around to going shopping.

Speaking of which, not sure how you listeners feel about letting Gomez run off to buy potions in the middle of all of this. I can see both sides of the equation. On one hand, the “NYC” comparison has a point… you really can get almost anything at any hour in a big city, and Absalom is as big as cities come in the Pathfinder world. On the other hand, it does seem like it might take more than 10 or 15 minutes, so Steve might have been a touch on the charitable side with the timing. It does seem like maybe you’d be waking someone’s ass up and forcing them to mix potions in their pajamas. (And did we really bring our entire life savings with us on patrol? That’s a little weird.) At the end of the day, I see this as a temporary problem – once we get a little money in our pockets, we’ll probably build up a stash of group healing and probably won’t ever TOTALLY run out again. This was mostly just a byproduct of Dem Level One Blues.

(Also, later on, there’s a class feat I can take as an Investigator to help with that, but I’d be getting several levels ahead of myself to say more.)

Nevertheless, we heal up. To quote from Harmontown, THAT HAPPENS. And since we can’t move the owlbear out of the store, we at least lock up all the produce so it can’t eat any more if it wakes up. It’s a little unsatisfying as a story element to just leave it lying there, but at some point, the story has to go forward. Not sure you guys want us to theorize for 20 minutes about proper rope-tying.

Then it’s off to face our first fight of the new session… Rusty the Rust Monster! And I’m not gonna lie… it is pretty funny that we accidentally created a party composition that could pretty much go all-out against this guy with no ill effects. Spellcaster, monk, melee type who’s going weapon and armorless for… “reasons”… and me, who… OK, I have my sword-cane, but I also have a sap or I could even use my beak in a pinch. No metal armor, minimal metal weapons. About halfway through the fight, I had the thought of using the sword-cane while still in the scabbard (would it do bludgeoning damage?) but the fight was going well enough that I didn’t bother. I have a suspicion rust monsters don’t do a whole lot of damage because they’re meant more to damage your equipment and cost you repair bills than to really kill you anyway.

Embedded here, we get a little bit of stealth knowledge dump. First, the mural on the side of the menagerie’s fencing seems to give us a hint at what we might face as we continue into the zoo itself. We’ve got the cockatrice, owlbear, and rust monster covered. The same sign also mentions a big snake of some sort (Big Bertha), a rabbit with a unicorn horn (cheating and using knowledge from other editions, the Al-Miraj?), and something described only as “That Bastard”. As well as some more conventional zoo animals of varying sizes and lethalities. It’s like the previews at the movie theater, only we get to see what’s going to try and kill us next!

I think we’re also zeroing in on John’s character. I’m starting to settle in on a Ruffian-build Rogue. (The real short version is rogues come in STR, CHA, or DEX varieties. They all still get Sneak Attack damage, but they achieve it in different ways and have different secondary specialties.) That would allow John to use Strength as his primary statistic, and it also lets him use a wider variety of weapons to get “kapow damage” (basically any simple weapon). Though just as an FYI, the maul he picked up during the rust monster fight wouldn’t be eligible for that because it’s a martial weapon. Keep in mind neither Steve nor John have actually confirmed this, but that’s where I’m putting my chips for now.

With the rust monster dealt with we finally enter the zoo grounds proper. A brief bit of exploration leads us to fight #2 of the session, against a pack of hyenas that are raiding a concession stand. This fight ends up being tolerable because FOR ONCE they’re enemies with fairly “normal” to-hit modifiers (I think I glanced at the dice and saw they were in the +5 range), and they end up missing a lot. WE JUST MIGHT SURVIVE THE NIGHT.

The snake, on the other hand, was not as forgiving. First, thanks to a little impatience on Seth’s part, it got the drop on us and put a lot of damage on Gomez early. (The rest of us were still up by the concession stand cleaning up the hyena fight and Seth just decided to go check out the lake which was a good 30 or 40 feet northeast. So it took a round of mostly movement and positioning just to get in the fight. But the other bad news is this thing actually COULD hit is. Pretty well in fact.

But then… CRITS TO THE RESCUE… as both Lo Mang and Basil come through with crits to salvage the fight in our favor. Granted, Chris’ crit was something north of 20 points and mine was like… 6 or 7 when you added the precision damage. But hey, I’m treating them as equally valuable contributions. It’s the old baseball adage of “a line drive in the box score”, applied to tabletop RPGs.

Speaking of which: on a personal note, my damage rolls were largely TERRIBLE this episode. The good news is that I was hitting pretty reliably, thanks to the (net) +2 from Devise a Stratagem. The bad news is I counted at least three times I hit for minimum damage. I think ONE time I got a 4 or 5 on one of the hyenas, but that was about it.

Also, speaking of Devise a Stratagem, you’ll notice I’m shamelessly stealing from our Circus brethren by trying to provide some “flavor” to my Devise a Stratagem attacks. That’s one thing I really like about that show – all of them really, but the casters in particular, really describe the flavor of what they’re doing. Hap has all sorts of pyromaniac bird effects, Ateran has their incantations. So it’s a two-fer: I wanted to try and come up with something like that for Basil because I appreciate what they’re doing, and it also captures some of that same vibe as the Downey and Cumberbatch versions of Sherlock Holmes where they show the intellect gears turning. We’ll see how it goes… I don’t think I’ll do it EVERY time I attack (maybe once per opponent or something). But if I find myself noticing the same two or three weaknesses all the time and it starts getting repetitive, I might ease back on it. They can’t ALL have missing scales like Smaug.

With three fights in the book, we resume our reconnaissance of the outlying buildings before tackling the main facility. And FINALLY, we make some headway on the investigative front, as we find one of the animal handlers hiding in the maintenance shed. (Somehow we never got around to asking his name. Oops. Maybe we’ll get it next episode. CUT US SOME SLACK! IT’S OUR SECOND DAY ON THE JOB!) There are two main takeaways from talking to this guy. First, it’s pretty apparent that someone poisoned the animals’ water supply to drive them crazy, and that’s the source of the black gunk – there’s no real security on the maintenance shed, and the water does seem to have been tampered with. The other is that the owner of the zoo (Archibald Knight) and the chief veterinarian (Minera Frum) were a) having an affair and b) have gone missing within the last week or so. Not sure if that’s related or just gossip, but it’s something else to investigate. Did the vet do this? Was the vet removed so she wouldn’t detect it? Did the circus owner’s ex-wife find out about the affair and decided to sabotage the circus? Or is it just coincidence that they’re not here? Certainly, both of these leads point toward the doctor as the next person to talk to, so I also slap a Pursue a Lead (another one of my main class skills) on her.

Pursue a Lead is pretty nice and has two major effects. First, it gives me a +1 to any Perception or skill check related to investigating that target. Pretty open-ended and very useful. The other thing is that if she turns out to be a bad guy and we have to fight her, my Devise a Stratagem would become a free action against her.

And hey, if we go to the vet’s trailer, there’s also a bunch of free stuff related to animal care and handling. We might not be able to use all of it – Gomez is our only caster, and he might not have access to the right traditions, but it sounds like there might be some tools worth grabbing.

And that’s where we’ll pick it up next week. Check out the doctor’s trailer to stock up and get more info, followed by tackling the main building. As always, feel free to drop by our Discord channel or other social media and let us know what you think of the show. Thanks for listening and we’ll see you next week.