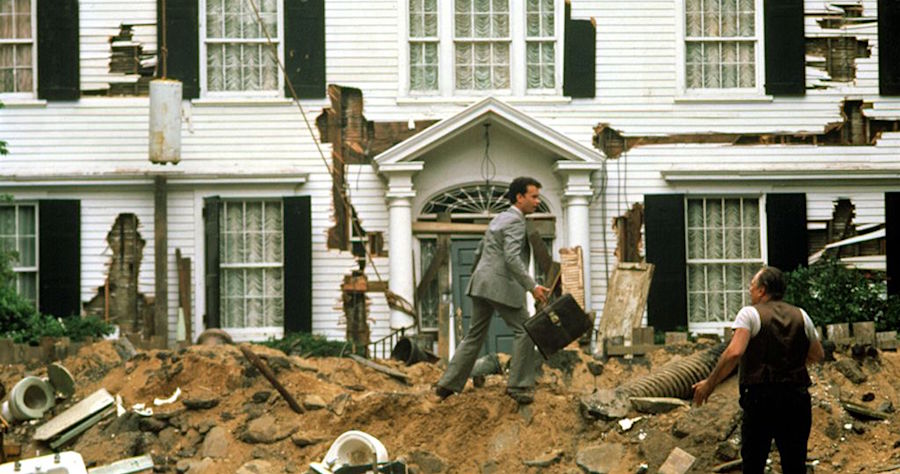 Jason recaps the events from The Black Lodge Tale 6, Chapter 1: This Old Fort.

Well, the Erik Mona/Vortaris Live Episode Sojourn is over, and it’s back to “normal” episodes. Also, we return this week from Questing to full-length adventures.

This time out, our special guest is Jefferson Thacker (aka Perram) from Know Direction. I know Steve has done a lot of stuff with Perram in other venues – they did a live event that wasn’t recorded, Steve appeared on KD’s show, etc. – but I don’t think he’s ever been featured on one of our games before. And personally, my only first-hand interaction with Perram was when he served as the moderator/master-of-ceremonies for our PaizoCon live event back in 2018. So… been a while.

Perram’s character is Ducker Nightshade… he’s definitely a halfling, I’m pretty sure I heard him say he was a champion, but of course, the thing that really sticks out is the accent Perram has chosen: he’s gone full “up the holler” Appalachian with him. Which is… unusual… for a fantasy setting, you have to admit. I wouldn’t go so far as to say I disliked it, but it did catch me off guard a little.

Now, I’m just going to come right out and say it: you’ll notice I don’t talk a lot this episode. There are two main reasons for that: one intentional, one not.

The intentional part is that when we have a new guest, particularly one we’ve never played with before, I usually like to give them some space to see how they’re going to play. I’m deferential that way. When it’s someone we already know like Vanessa Hoskins or Rob Trimarco… OK, jump right in. Since it was our first time playing with Perram, I was more inclined to let him have the floor.

The other reason is that I wasn’t feeling all that well when we recorded this session. Frankly, it was one of those things where I faded fast after dinner, but I didn’t want to call off at the last minute and screw up everyone’s schedules. So I tried to tough it out and probably shouldn’t have. 20-20 hindsight, I guess.

We start… yet again… on a ship, only this time it’s really just transportation from Point A to Point B. OK, there’s a little bit of interaction with the other passengers, but we don’t get attacked and no gambling mini-games. The refugees from Lastwall seem like really obvious candidates to be our first workers, but despite being chased out of their home by the Whispering Tyrant, they seem strangely reluctant to accept the offer of a job and a place to live. For the moment, we won’t worry about that.

Then we reach port and have to deal with the guards, and now we’re at a point where the situation with the family reaches critical mass and we have to do something. Unfortunately, the harbor guards are going to sell off the kid to the Razmiri priesthood unless we can vouch for them. Which leads to this week’s episode of Adventures in Crappy Skill Rolls! Chris fails Diplomacy. Perram fails an attempt to Intimidate. I fail TWICE, burning my hero point in the process. All this for two workers and two kids who aren’t likely to do us any good. But FINALLY, Seth gets a decent roll, and we’re able to get them past the guards and into town at a cost of three gold. Hard to say whether that’s going to be a little or a lot until we get a better sense of the overall budget. (And whether there will be opportunities to earn money elsewhere.)

Next up we get our mission briefing from Mask Narsen (all sorts of COVID jokes I’m just gonna leave on the table there), who actually seems to be a reasonable guy for a worshipper of an evil deity. It’s funny because I now understand some of this better having read the Lost Omens Legends book for my review. Razmir is a really powerful (evil) wizard who’s been masquerading as a god and has built up a following. However, Razmir views the Whispering Tyrant as probably the single biggest threat to his power, so at least on that specific front, he’s capable of cooperating with good people to preserve his power. So, not to guess too much into the motives of someone who calls themselves “the Living God”, but Razmir probably feels like having Pathfinders manning the fort would serve as a first line of defense if Tar-Baphon ever gets frisky and decides to attack.

(BTW, bonus points to Chris for his passive-aggressive pissing contest with Mask Narsen. I had forgotten about that, but it was a pretty funny moment.)

We also get an introduction to the town, but this seems like it’s going to mostly come into play later. I think the big takeaway, for now, is getting a sense of where the skilled craftsmen are when we get past grunt labor and need to hire specialists. For now, put a pin in it.

So now we go visit the fort, and we start to get an idea of the full scope of the project. Which is… basically… everything. The walls have holes in them. The main keep is in disrepair. The roof is shot, but you can’t even get up to the top level to fix the roof because there are no stairs. The well is damage, so there’s no supply of water. And ohbytheway, we also have an evil shrine to contend with and may have monsters living somewhere in or around the fort.

So the main thrust of this adventure looks like it’s going to be base-building rather than traditional combat. We have a certain amount of time (currently not specified), a finite amount of money, and we can either hire labor or do it ourselves in cases where we have the right skills. In addition to whatever labor we have to hire out, there are also potential costs for materials, and for lodging up to the point where we can get the fort into a livable condition. Unknown is whether there will be opportunities to add to our budget by… essentially… doing side quests.

At the very end of the episode, Steve presents us with a full task list. I mostly want to save that for next week because – mild spoiler – John taps into his Game Designer Kung-Fu and spends the week between sessions putting it into a more coherent “flowchart” format that makes it easier to discuss. For now, I can give you a first glance assessment: there are something like 180 or 190 work units, so we’re clearly going to have to do SOME of the work ourselves or find some alternate sources of income because our 147 gold isn’t going to totally cover it. And that’s even before any materials or lodging at the inn.

So that’s where we’ll pick it up next week – we’ll break the task list down in more detail and get to work. While you’re waiting for next week’s episode, feel free to drop by Discord or other social media and let us know what you think of the show. Thanks for listening and we’ll see you next week.