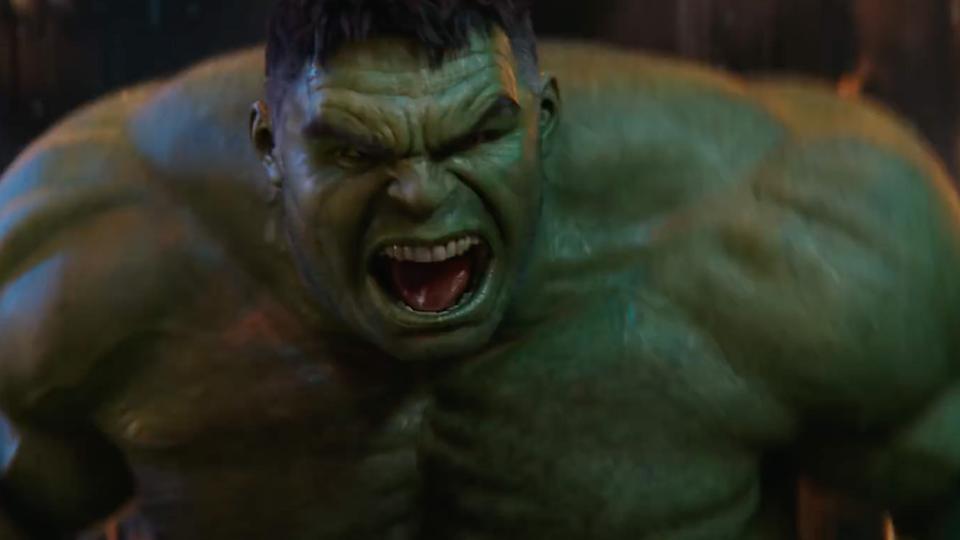 Jason recaps the events from Roll For Combat: The Fall of Plaguestone, Episode 32: I Could’ve Had A D8!

Welcome to Final Boss Fight Eve here at Roll For Combat, as we finish up the fight with the amalgam and get ready take on Vilree herself. It’s like Christmas, but SOMEONE’s present is gonna be a butt-whipping.

Conceptually, I love the idea of a freakish alchemical monstrosity. It’s been hinted at with all of the various mutated animals we’ve run into, so this… thing… seems like a natural endgame for that. I see your stone horse and fire-cat and raise you a freakish abomination stitched together from three or four different creatures. A little terrifying to fight… but very appropriate to the theme of the whole adventure.

As I’m going back and listening to the episode, I’m amazed at how lucky we got with this fight. It’s a little hard to sort out at first while the drudges are still up, but I think the amalgam itself only hit us twice the whole time. If it seems busier than that, it might be because the drudges that were left sprinkled a couple of decent hits in. But I only counted two for the big boy, and I think I mitigated one of them with my champion ability. For a big sub-boss type creature, that’s crazy good luck.

I did notice that tactically, we’ve been playing Second Edition for months, and I’m still expecting attacks of opportunity that aren’t coming. Particularly when dealing with creatures that have reach. I’m getting used to it with humanoids because it seems to follow roughly the same template as for PCs – heavily-armed front-line fighter types might get them; non-fighter types don’t. For weird-ass creatures like this… you kinda have to roll the dice, take a full move, and just see if you get hit.

As usual, the flip side of “brutes are big and scary” is “brutes are easy to hit, and even pretty easy to crit because their armor class is so low”. At that point, it’s really just a race to get through those hit points without taking too much damage or using too many resources. This time, we happened to win the race. Cue the huge sigh of relief.

Not gonna lie, still, a little surprised the dwarves in the tanks didn’t wake up and join the fight. It’s Chekhov’s Gun – you don’t put a funky mutated dwarf in a tank of poison gas if you don’t plan to use him. I briefly thought about seeing if we could destroy those tanks, but the potential of doing it wrong and releasing poison onto ourselves ultimately seemed like a risk not worth taking.

After dispatching the amalgam and doing a little further exploration, we finally reach the pretty obvious Final Room. River with a single bridge crossing… check. Ominous bubbling cauldron on a dias/shrine-like area… check. Crazy boss lady? OF COURSE. It’s the payoff we’ve been waiting for – Vilree herself.

But then Vilree drops a little bit of a conversational bomb on us (since she’s an alchemist, real bombs are probably coming too). Vilree gets to monologuing – as villains do – and hits us with the potentially big reveal that we might already be too late. As well as offering us the chance to walk away from the final fight.

First, I’m not sure she’s telling us the truth. She may just be some combination of over-confident, and/or trying to psych us out of the final fight. I suppose it’s POSSIBLE she’s telling the truth. At a metagame level, some of these adventures have explicit victory conditions, and I’m like… 5, 10 percent worried there was a clock we weren’t aware of and time expired while we were taking long rests. But for the moment I choose to believe she’s lying, and that we need to beat the actual plan out of her so we can stop it.

But even if it’s true… so what? Even if it’s true and everyone’s dead, then I want some damn revenge. To borrow from Tony Stark: “If we can’t protect Plaguestone, you can be damn sure we’ll avenge it”. Plaguestone’s a weird little town with its turnip-based economy, but it’s our adopted weird little town at this point. Among other things, I didn’t go found a Cayden Cailean church only for this lady to immediately go and kill all my new converts. And in Celes’ case, they’re distant family! So even if she IS telling the truth, there’s no reason not to beat her down before we go back to town and reckon with our failure. So let’s do that.

But of course, as the episode ends, we learn it’s not going to be QUITE that simple, as a creature pops out of the river and plants itself between us and Vilree. So yeah… she’s got a bodyguard on top of everything else. Not to worry… to continue the Avengers analogy, “we have a Prue”.

So next week, it’s finally time. Team RFC vs. Vilree for all the marbles. Since Steve explicitly said there are two episodes left… yeah, it’s a long fight. But you’ll have to come back next week (and the week after) to see how it goes. While you’re waiting, feel free to drop by Discord or other social media and let us know what you think of the show. Thanks for listening and we’ll see you next week.