Talking Plaguestone 18: Where Everybody Knows Your Name - Roll For Combat 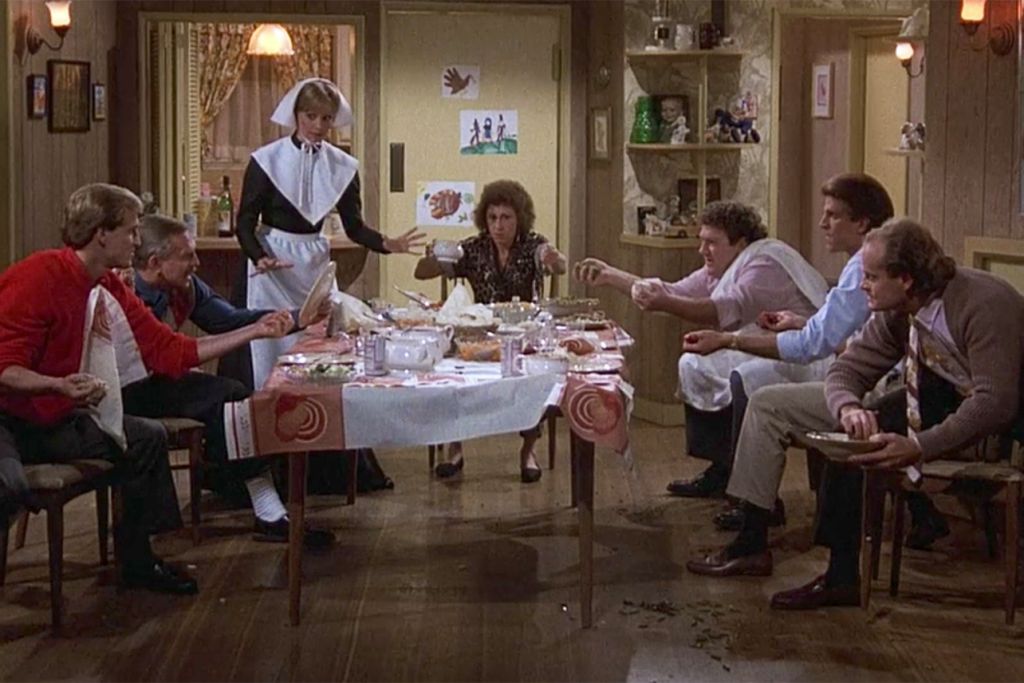 Jason recaps the events from Roll For Combat: The Fall of Plaguestone, Episode 18: Country Rogue, Take Me Home.

Well, it’s Thanksgiving here in the US, so I guess I’d better bang out a column before the turkey coma takes me for the day.

Here in Microbrewery Simulator… errr… Talking Plaguestone, we have another week of mostly working on side quests. At first, I was kind of impatient with the side quests and kind of wanted to get on with the main story, but I have to admit they’re growing on me. Especially now that Brixley gets to be a cult leader, AND gets another encounter with my nemesis, Old Woody.

Old Woody was a throwback to our (pre-podcast) Iron Gods campaign, though I don’t know if it’s something written into the adventure or something Steve made up. My recollection of the story is that we needed information from the townspeople and could only gain their trust by winning a drinking contest. In addition to having the best CON of the party, my character (Ezrik – I’ve talked about him before; the guy who became a mutant) had also permanently lost his sense of taste. So either the Fortitude save I was supposed to do was either nullified entirely or was at least made a lot easier. (I think I could still smell it and it looked disgusting, so I believe I still had to roll a save…)

See, that’s the thing. Steve makes it sound like I’m some kind of reckless thrill-seeker who will drink anything put in front of his character, but it’s really not like that. In the case of Ezrik, OK maybe a little, but there was still some roleplay method to my madness. The first time I did it as part of a religious ceremony, and then… OK, I kinda decided to keep doing it as a tribute to Gorum every time I leveled. So that was maybe a little reckless, but still within the confines of “thanking Gorum for my new abilities”. In the case of Tuttle becoming an aeon, that was a boss fight where I was struggling to even hit against the big bad’s armor class, so I decided to pop my Loot Box of Wonder to try to get something that would make me more effective. Here, let the record reflect that I passed when Steve wanted me to just start chugging the cave-water, but drinking Old Woody as a means of consecrating Brixley’s new church seems like a totally in-character and story-relevant thing to do.

So what I’m saying is that Steve needs to come up with flimsy STORY reasons to make me do these things.

Going back to the start of the episode, I thought the mechanic of training with Noala was interesting, but the actual skills she was going to teach us ended up not being worth the trouble for me. I thought I might get trained in Nature or at least get an additional Lore skill; instead, it’s a Ranger ability that I only get IF I multi-class into Ranger, which doesn’t seem like much of a fit with Brixley’s character. Works pretty well for Cade, though, so it’s nice to see him take it. In general, it’s a neat little mechanism to add new abilities to your character.

In Side-Quest Land, Prue’s quest seems to be pretty much done, but the rest of us get some development in.

In Brixley’s case, I actually have the beginnings of a functioning church-bar, and now have a chosen beverage supplier. When I opened up negotiations with Tamil, I just thought I’d be asking for the raw ingredients and we’d have to figure out how to brew ourselves. (Not me personally – I figured the dwarves would take the lead there). Instead, it turns out Tamil secretly dabbles in brewing, so she’s already got multiple drinks we can serve. I figure the main two will be the backbone of the operation, but we’ll save Old Woody for special occasions… ordaining new clerics, baptisms, stuff like that.

A couple of side notes on starting my own brew-pub. I do feel a little guilty in that we’re going into quasi-competition with the Feedmill, but then again, it’s more of a social club rather than a competing business. It’s not like we’re going to be inviting the entire town; just the people who want to join The Cayden Club! Also, the choice of “Betrayer’s Blood” as the brew name was meant to be defiant rather than ghoulish – going for the attitude of “this guy screwed over the town, so we’ll be toasting his defeat every time we hold services” (and soon, hopefully the restoration of the town). After the fact I thought about naming it something more genteel like “Bort’s Brew” – maybe that can be the purple one.

Lastly, we get to Celes’ interaction with the demon, and I have to give Steve credit… I had forgotten how creepy he played that. I didn’t expect to really have a strong reaction to it – especially since we’d already played it live – but I was legitimately impressed at the ambiance he created. The one thing that struck me as interesting is that it’s a side quest that could last for the life of her character if Steve wanted it to. It’s possible it’s a self-contained thing and we might find the way to break the curse in our travels. OR maybe it’s something Celes doesn’t figure out until Level 10 or even Level 20.

Though I suppose ALL of the quests contain a glimmer of such possibilities; Celes’ quest is just a little more self-contained and fundamental to her character. In Cade and Prue’s case, it’s the introduction of NPCs (Pari and Sir Kent) that we could encounter in future adventures. In mine, it’s the church itself – though perhaps one of the dwarves could eventually go out into the world as a new representative of Cayden. Really, any of these could leave lingering effects, now that I think about it. Then again, the rest of us don’t have to do a cost-benefit analysis on whether we can use our spells or not.

Next week, I think there might be a LITTLE more side-quest stuff to take care of, but probably not a full episode’s worth. I’m pretty sure we’re back in the field soon. I hope you’ll be back to join us; in the meantime, feel free to drop by our Discord channel and join the ongoing discussion of the show. Thanks for listening, and we’ll see you next week.