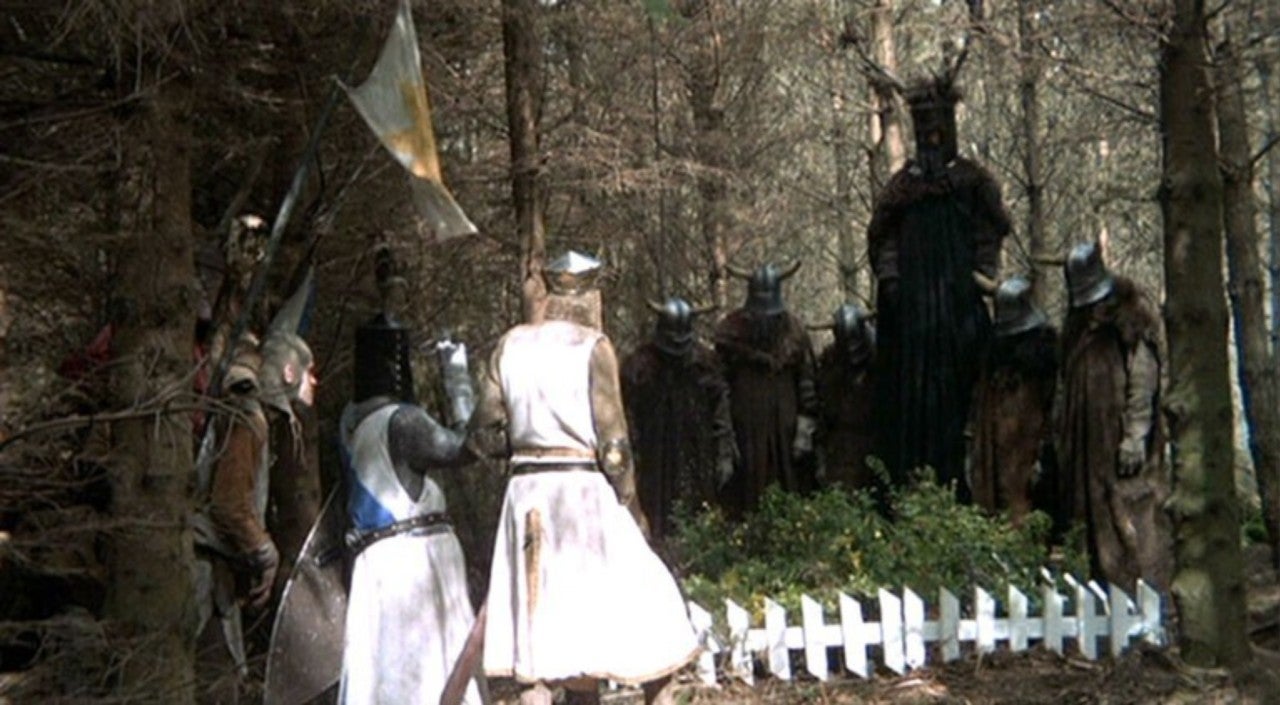 Jason recaps the events from Roll For Combat: The Fall of Plaguestone, Episode 15: Bushwhacked.

I’d been dreading writing this episode because let’s be honest… it was kind of humiliating. It’s “The Episode Where Brixley Gets His Ass Kicked By Shrubbery”. I joked about it a little in the moment because using gallows humor to deflect is kind of a thing for me, but inside I was seething.

Going back and listening, however, I had a much different reaction to it. Maybe it’s the 20-20 hindsight of having survived, maybe it’s just that it stings less with a little distance, but I was much more detached than I expected to be. You know… we caught a bad break or two. The whole fight started off on a tough note with the crit, and we (well, mostly me) never really got a chance to get our legs back under us. Heck… they hit five attacks out of six, and it was the last one that actually dropped me, so if even one of those had missed, I could’ve fired off Lay On Hands, and the whole fight might’ve unfolded differently for me.

I’ve already made this point in the Hallod fight, but I do think some of the… I won’t even say “problem”, but “challenge”… of Second Edition as a system is the fact that high attack bonuses can be lethal in this system. There’s two main dangers – crits and follow-up attacks – both of which we saw reflected in poor Brixley’s fate.

Let’s do some math. Steve mentions that those bloodbushes attack at +11; and my armor class is 18 without my shield, and 20 with the shield. And I’m theoretically the tankiest member of the party (Prue’s AC is 1-2 points lower, I believe). So their chance to crit can be as high as 20% (first attack, shield down would crit on a 17 or better), which happened first attack out of the gate. Granted, shield up, second attack, it’s basically back to “gotta roll a 20”, but still… that’s surprisingly high. What about follow-up attacks? Well, I’ll skip crunchy math and make the simple case – if I’ve got a +6 attack bonus and they’ve got a +11, their hit chance on a second attack is equal to my chance on a first attack. I will say it feels like they equalize this somewhat by giving monsters lower armor classes, but still… those second attacks can add up. Again, as they did for Brixley.

Vanessa has been lamenting that she didn’t cast Sanctuary on Brixley instead of Produce Flame, but I’m not going to fault her for it. It’s one of those things that looks like the right call with 20-20 hindsight. Once you know Brixley’s gonna eat five attacks, yeah, casting a defensive spell makes sense, but at the time… we got an early hint they’re vulnerable to fire, so might as well run with that. For all we knew, they had like 15 or 20 hit points and one good max-damage roll could’ve put one of them down before the fight even got going.

In one of his rare show notes for the Plaguestone show, Steve mentions making a rules mistake. We’re actually having a lively discussion about it on Discord, but I’m going to summarize some of that here. Basically, Steve THOUGHT he made two mistakes, but one of them turned out after further research to be done correctly.

The mistake that wasn’t really a mistake was this: Steve saw after the fight that the plants had imprecise tremorsense – tremorsense allows creatures to detect enemies through their motion and the vibrations they generate in the earth, but the fact that it’s imprecise makes it a 50 percent miss chance. Somewhere in Steve’s brain, he thought maybe the plants ONLY had the imprecise tremorsense (it’s not like plants have eyes), in which case EVERY attack should’ve had a 50% miss chance. That’s the mistake he THOUGHT he had made when he recorded the intro. But it turns out – he talked to Paizo and everything – that you can assume normal humanoid senses as a baseline unless the stat-block explicitly says one of those senses is missing. So the plants had normal senses AND imprecise tremorsense. So at least on that front, Steve actually administered the encounter correctly and all the attacks that were supposed to hit did so. It would’ve come into play if we’d had access to something like darkness or obscuring mist and tried to sneak by under magical cover.

The one he definitely made a mistake on is bleed damage. The crux of the matter can be found in the “Persistent Damage Rules” on Page 621 of the Core Rulebook, where it says that healing all the way to full would automatically cancel the bleeding condition. Now it DOES say this is all GM discretion and those are “guidelines”, but it did seem pretty specific that it has to be a full heal; especially since both Pathfinder First Edition and Starfinder explicitly state the opposite – that ANY healing effect stops bleeding.

I’m not going to bag on Steve too much for missing that. Heck, that’s what I thought the rule was. Like I said… First Edition and Starfinder both do it the opposite way, so that’s a decade’s worth of inertia over two Paizo systems telling us that any healing stops bleeding. And it doesn’t have to be an all-or-nothing mistake — since it’s GM discretion how well attempts to stop persistent damage work, that also implies that a lesser heal such as a potion could still knock the bleeding condition down a few steps even if it didn’t stop it entirely.

This would’ve been most relevant for Brixley, because Brix took damage on three different occasions, but healed on two – taking a potion on one occasion, getting a heal from Celes on the other. (I don’t know that the use of Hero Points counts as a heal since you still end at zero hit points.) At the time, Steve reset my bleed counter to zero both times, but it turns out it should’ve kept ticking upwards. It couldn’t have gone over bleeding 5, but it should’ve gotten up there and stayed there… which, once Brixley was down, would’ve then increased his dying counter each time it ticked.

I did some back-of-the-envelope math and I don’t think it would’ve meant the difference between Brixley living and dying. Basically, I got some sort of healing (or Hero Point use) for most of the rounds, which wouldn’t have fixed the bleed, but would’ve kept the dying from ticking, and then Celes bailed me out in the final round with the group heal.

Still, however it played out… a pretty close a call, but we all survived. And that wasn’t even the final source of the corruption! So next week we come back and do it all again; hopefully this time with better results. While you’re waiting, feel free to drop by our Discord channel and give us your thoughts on the show so far, or just join the ongoing merriment in the RFC community. Thanks for listening, and we’ll see you next week.