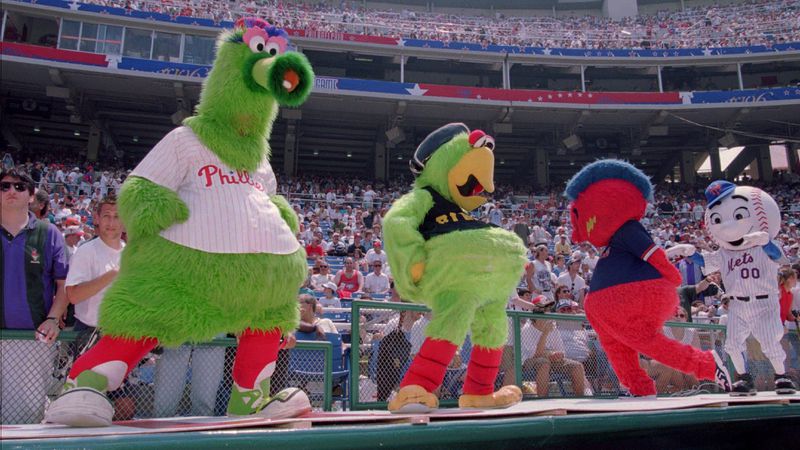 Jason recaps the events from Roll For Combat: The Fall of Plaguestone, Episode 07: Traps R Us.

It’s time to settle this once and for all.

It’s “Phinick” the goblin. As in “a possible distant relative of the Phillie Phanatic”.

We – ALL of us; I want to be clear I’m not just busting Steve’s chops here – have been going back and forth for three or four episodes now between “Finnick” and Pinnick”, and it’s been giving me a low-grade migraine when writing these wrap-ups. So I can only imagine how you listeners might feel about it. I thought about just wildcarding it as “*innick” or using that symbol Prince used to use, but I finally gave in and threw an impromptu strike – told Steve I wouldn’t write another word until he told me the correct spelling. You’re welcome.

So we begin this episode with a rollicking chase through the streets of Plaguestone, as we spy PHINICK trying to sneak away with some of our hard-fought BBQ. You can kill Bort… hardly knew the guy… but do NOT abscond with my swine! Personally, I thought Steve should’ve ditched the usual fantasy-themed score and pumped in some funky Starsky and Hutch-inspired 70s wah-wah guitar, but that’s just me.

And after all the low-grade humiliations Brixley has suffered up to this point in the adventure (falling mud, getting punched during bar fights, bees), it turns out this is one thing Brixley is built for – he’s a jock at heart. STR 16, DEX and CON 14… this is right in his wheelhouse (helped by some timely rolls, but still). I lucked out insofar as at no point in the chase did Brixley have to read street signs (INT) to continue the chase.

To be fair, it’s Short People Parkour, as Cade also handles the task with aplomb, while Prue and Celes have their share of struggles. Celes was probably to be expected, but I would’ve thought Prue would have the stats and skills to hang in there with us. One lively chase later, we have our leading suspect in custody… except that he’s less of a suspect and more of a bread-crumb. It turns out Hallod was the one who put Phinick up to poisoning Bort, by telling him it was just a practical joke.

Thanks to Phinick’s confession and the documents we found at Bort’s cabin, the picture starts to come into clearer focus. Hallod and Bort were doing side deals no one knew about for weird alchemical goods, and either the deal went bad or Hallod wanted to make sure to leave no witnesses behind (that part’s still a little fuzzy). Cop shows on TV always throw out “means, motive, opportunity” as a trope. We’ve got means and opportunity nailed, and as far as motive, it’s more a question of picking which one rather than not having one at all. And we even have a lead on where to find Hallod, thanks to a now-cooperative Phinick. Abandoned shack at the edge of town. So we’d better hurry up and get after him before he finds out we’re on to him.

Aside: I find the “no, not THAT abandoned shack, the OTHER abandoned shack” dynamic amusing. We’re up to like 3 or 4 different quests that involve visiting abandoned properties. Sir Kent’s rumors about undead people. The question of Celes potentially being related to the mayor. Now, finding Hallod’s hideout. “Welcome to Plaguestone: Abandoned Shack Capital of the Inner Sea.”

The second half of this episode is broadly summed up as “What’s the point of having a rogue in your party if you’re not going to use him?” as we manage to set off not one but two different traps. Now, you can probably excuse the first one just based on stereotypes: Hallod has basically been described as a walking side of beef, which is not the physical archetype for a rogue. But you’d think we would’ve taken a bit more caution after the first trap got us. And you would be wrong. Gloriously wrong.

First, after doing a fairly cautious reconnoiter of the house, Prue kicks in a door – a very Prue thing to do – and gets a faceful of crossbow bolt for her troubles. In fairness, Cade did find the (safe) way to get in, but it’s a few seconds too late to help Prue. And for all that trouble, the whole place looks like a bit of a dead-end. Until… footprints leading away in a different direction.

We follow the footprints which lead to the beginnings of a smuggler’s hideout, where we shortly encounter trap #2. This time, it’s Brixley trying to be bold and take the lead, and I end up bringing part of the passage down on our heads because I miss a tripwire. Meanwhile, Cade… I dunno… snacking on beef jerky or something? Whatever halflings do in their spare time.

Now, it’s possible this was all karmic punishment for inflicting my Bee Gees impression on all of you, and if that’s what happened… OK, that’s totally fair. I’ve been trying to behave myself and limit my random outbursts of pop culture minutiae, but that one just got away from me. I totally blame Steve for using the phrase “strut your stuff” – that Travolta strut from the opening of Saturday Night Fever popped into my head… and then right on out of my mouth. I REGRET NOTHING. (OK, I regret missing the trap, no on everything else.)

We shortly get the passage cleared again, and resume our pursuit of Hallod. Eventually, we come out of the passage into a safer and more developed portion of the Bad-Guy Lair. A ladder going down to a lower level of the complex. We descend the ladder (having FINALLY learned our lesson, Cade goes first), find and open a door… and it’s time to defend ourselves against angry dogs. FANNNNTASTIC place for a cliffhanger.

Will the party survive the dogfight (pun fully intended)? Will they bring Hallod to justice? Will they reach Level 2? Come back next week and join us as we explore more of the mysteries of Plaguestone. In the meantime, feel free to drop by our Discord channel or other social media and let us know what you think of the show. Thanks again for listening, and we’ll see you next week!