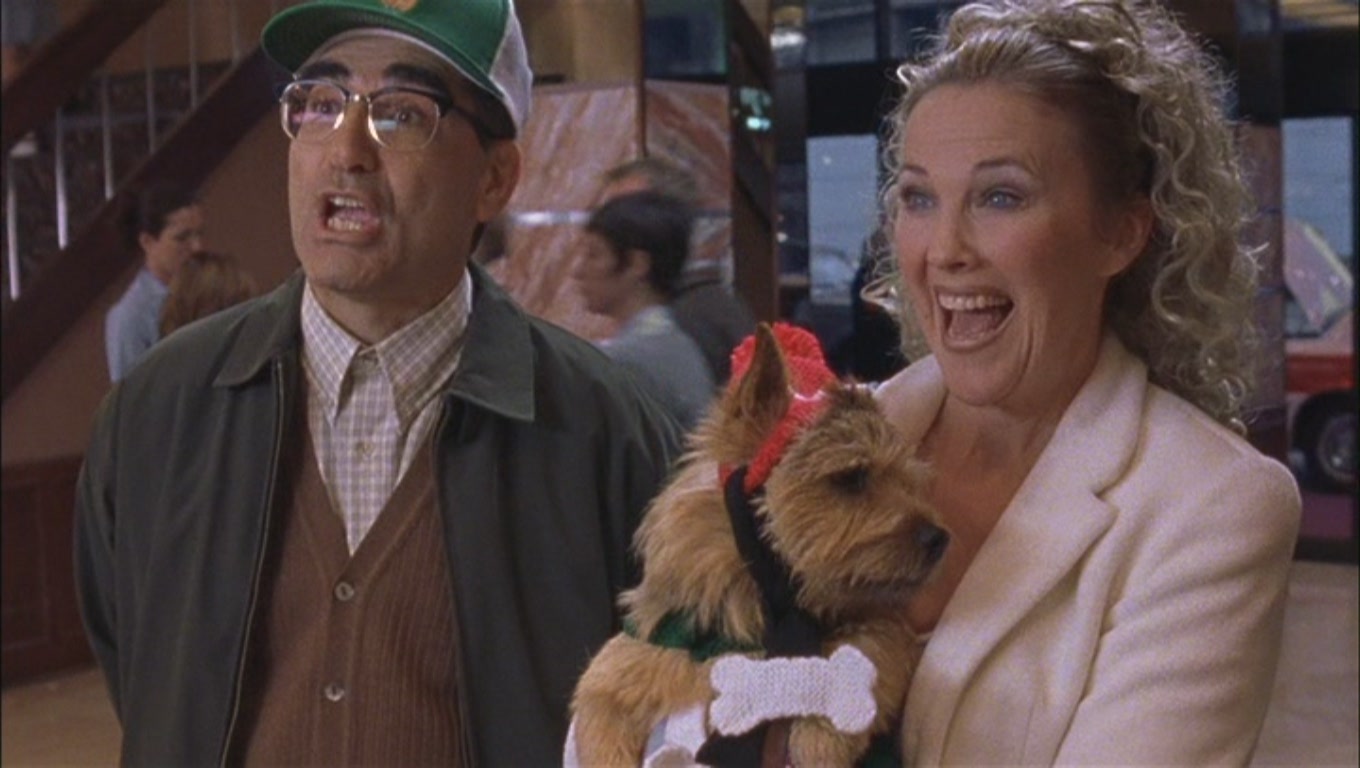 Jason recaps the events from Roll For Combat: The Fall of Plaguestone, Episode 08: Murderous Disco Dancing.

This week’s theme on Roll For Combat is Making Friends With The Dice Gods, as we face a pair of fights that could’ve been difficult but became easy because of fortunate rolls of the dice.

First, let’s talk about the (emotionally manipulative) fight with the dogs. This is a fight that feels like it could’ve been a disaster – four enemies that have a pack attack (mentioned by Steve but never seen), and a slippery section of the floor right in the entrance to create an added challenge. If you believe in quantum realities, there’s an alternate universe where we played Slip-N-Slide while the dogs chewed us to pieces.

But right out of the gate, Cade gets two hits at close to max damage, and now it’s two dogs instead of four. Oops. From there, the fight never gets better for the pups. None of the party members fail the save on the “Slippery When Wet” trap, Prue gets to break out her angry face, and we make astonishingly easy work of the remaining dogs. Steve can throw all the guilt trips he wants at us, but I know he’s enough of a Stephen King fan to be familiar with Cujo. “#SorryNotSorry”, as the Young People say.

There are crates to loot scattered throughout the room, but with the possibility that the dogs raised the alarm and Hallod could be waiting nearby, we decide to not to waste time searching the room and continue the pursuit. Further exploration reveals that this is definitely Hallod’s base of operations, but so far, Hallod himself is nowhere to be seen.

The exploration is not fruitless, though. First, we find a lockbox that both contains a crap-ton of money and fleshes out the details of the business between Bort and Hallod a little further. We also find a bottle containing something nasty and part of a larger shipment. Since we don’t have anyone with Alchemy skills, it’s hard to say EXACTLY what it’s being used for, but to hazard a layman’s guess, maybe it’s what’s being used to make all the local animals crazy and rabid. For the moment, file it away as a mystery to sort out after we catch up to Hallod.

The main hideout is abandoned – the only other “clue” is discarded vials with the residue of a silvery substance: not the nasty substance, and not the poison used on Bort. Again, without someone with Mad Alchemy Skillz™, we can’t really sort out what it is, but to again speculate: since it’s part of his “normal” trash and there are quite a few of them, maybe some sort of consumable he uses in his work… healing potion, buffs, something like that?

The other thing I’d like to point out: we finally learned from our mistakes and found a trap without setting it off! After a face-full of crossbow bolt and a collapsed roof, we ducked the poisoned dart mechanism on the lockbox. See? You CAN teach an old dog new tricks.

After clearing out the main hideout, the pursuit continues. After a long passage, we arrive at our second unintentionally easy fight of the session. (Well, maybe not so much if you’re Celes, but for the rest of us…) ELECTRO-SNAKE! We didn’t get to see a lot of this guy, but it seemed like a pretty cool concept from what little we got to see of it.

Once again, it’s Cade getting us out to a strong start with multiple doses of sneak attack damage. (Not sure how you sneak up on a snake in a pool of water, but we’ll table that for another time.) This time, the dice rolls also help us on defense: the creature actually lands a breath weapon attack, which could’ve been devastating (2d10!), but instead, it does close to minimum damage. (Steve was joking about using a Villain Point. I swear.)

The only time things briefly take a turn for the worse is when Celes enters the room unawares and runs headlong into one of the few creatures in the game with attacks of opportunity. Not only that, but the snake lands a crit, which is enough to one-shot her. If this had happened earlier in the fight, it might have been more of a momentum swing; unfortunately for the snake, Brixley’s next hit is enough to put it down anyway, and Celes’ dying status becomes a moot point.

(As an aside: credit to Vanessa for roleplaying that fairly. It would’ve been easy to just roll into the room, meta-game the snake’s presence, and move around it. Or maybe she just got overconfident that it DIDN’T have an attack of opportunity available.)

After the fight, we get to play around with the new dynamic of Lay On Hands a little bit. As mentioned in a previous Talking, Lay On Hands now run off focus points, which regenerate on a 10-minute rest. So we basically took four 10-minute rests and fully healed up. I’m still getting used to that… it still feels a little cheap around the edges… but can’t argue with the results.

The chase resumes. We follow another long stretch of boring passage, after which we arrive at the end of the chase, both physically (exiting the cave and getting outdoors again) and in terms of finding Hallod. Something tells me this ISN’T going to be the third easy fight of the day, but that’s where we bring the curtain down for today, so we’ll find out next week. We’ll see you back here for that next Tuesday, but in the meantime, feel free to drop by Discord and let us know your thoughts on the show. Thanks for listening and we’ll see you next time.