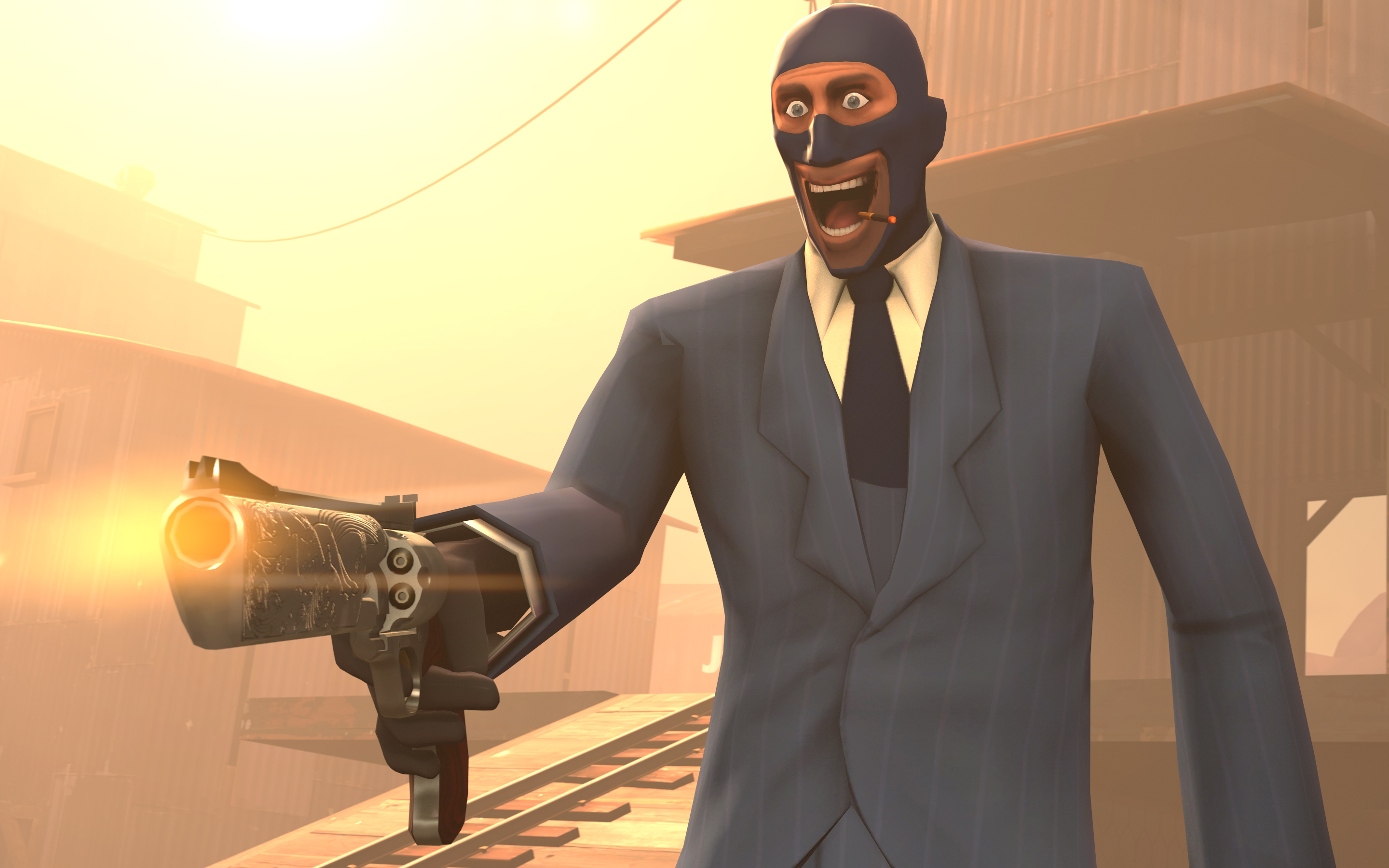 Jason recaps the events from Roll For Combat, Episode 109: I’m The Captain Now.

So wait… we have a SPY in our midst?

Or… there’s a 25 percent chance I AM the spy, in which case… MUAHAHAHA!

I’m not going to comment any further about the “spy” itself. My thoughts are more about the general concept of the GM “steering” the campaign. On some level, this happens all the time; it’s more of a question of how heavy a thumb the GM is going to put on the scale. NPC’s will have really specific knowledge about the path they want you to pursue and really vague information about anything else. The door they don’t want you to open will resist all skill checks to open it, while the door they want you going through will have a surprisingly low DC. Sometimes I’ve even been in campaigns where the GM will have an NPC of their own join the party to nudge the game in a certain direction or fill in skills the team needs to get to the next story point. I’ll admit enlisting a fellow player as part of an inside job is a little more heavy-handed than usual, but it’s also not unheard of.

Out at the extreme ends of the spectrum, this method of controlling the game can suck. Too much control, and the players are just glorified NPCs in the GM’s story and you start to wonder why you’re playing. Too little control, and the plot gets lost entirely and the game devolves into the players fighting each other for control of the story.

Also, as we discussed a few episodes back with regards to setting the game up for a guest, the logistics of running a podcast also add a necessary layer of game management. There’s letting the players have the agency to do cool and unexpected things, and there’s letting players wandering aimlessly for five or six episodes – with an audience listening – because they don’t know where to go next. (As someone who would’ve had to write five or six Talking Combats where nothing happens, I can sympathize.) This situation, in particular, feels like it had a high probability of going off into the weeds because it’s a big problem with a lot of unknowns, and some of the failures just could’ve gotten us anti-climactically killed. (Imagine a scenario where we just decided to fight a capital ship in the Sunrise Maiden. SHIP GOES BOOM.) So if Steve wanted to put a light thumb on the scale to make a tighter show… up to a point, that’s not some horrible breach of trust.

Next, we have a bit of a light-hearted moment with Tuttle’s newest mutation – the X-Ray Eye. (Do we go ahead and call it the Stinkeye? Perhaps.) We had a few critical fails on the lesser Stitch Spider, but this might be our first failure with the greater one, and even if it’s not the first, it’s certainly the most memorable one. So now I have Sense Through vision, but I have to keep the eye covered when not using it for that purpose.

The first question that leaps to mind is: is this permanent or not? I know with the lesser Stitch Spider, any negative effects only lasted until the next long rest. I guess there’s a chance this is going to be permanent, but I’m feeling like the answer is no. But… even if it’s a couple of days, that means I’ll at least have it for the duration of the campaign.

The second question is how effective is it really going to be? Reading some of the rules on Sense Through, it seems like it’s more useful for personal gear (seeing what someone has under armor, in safes and briefcases, etc.); a lot of building materials block it anyway. A foot of common metal or six inches of starmetal will block it. So unless the Corpse Fleet made their capital ship of wood, the bulkheads are probably going to be impervious anyway. But you never know.

But to summarize, Tuttle’s list of modifications since Level 1 now includes: climbing suckers, regenerative blood, a datajack that comes out of his head so he can plug himself directly into computers, aeon status (mostly just a soft glow), and now the Stinkeye. Tuttle has really undergone a pretty drastic transformation since we started out on this. And to think I almost went for one of the corpse grafts back on Eox too. (The hand that had the necrotic touch attack piqued my interest.)

As a little bit of a cherry on the sundae, I got to provide the name for our new ship, even though it’s probably just a loaner and I don’t expect us to have it for very long. I don’t want to act like “Midnight Maiden” was some great burst of inspiration; it just seemed like our first ship at the start of the game was “Sunrise” and this is the end and likely to be the last ship we have, so my first thought was “Sunset Maiden”. (Anyone else humming Sunrise, Sunset from Fiddler On The Roof, or is that just me?) But then “Midnight Maiden” jumped into my brain because alliteration is always fun, and OK… it sounded a little more gothy, which fit better with an undead ship.

So if we get a new ship when we get back to Absalom, is that the Morning-After Maiden? Ohhhh Myyyyyy! (I’ll be here all week, please tip your waitstaff.)

And then there’s the control system for the ship itself. Obviously our first cultural comparison was from the episode of Battlestar Galactica where Starbuck hotwires a Cylon fighter; the other comparison that was rolling around my brain was the “Johnny Cab” from Total Recall. I have to admit I’m surprised the Computers roll was as high as it was – I mean, I’ve been putting points into Computers EVERY level, and I still needed a 19 or 20, plus an assist from multiple teammates to make the roll. I mean, if this thing IS supposed to be on rails, why make the desired outcome that difficult? It’s… strange.

But whatever… we’re off the ground, we have a ship, and we’re headed for the undead capital ship where we’re going to… OK, still haven’t figured that part out yet. But come back next week and see what we come up with. In the meantime, drop by our Discord channel and let us know what you think of the show. Thanks for listening and we’ll see you next week.