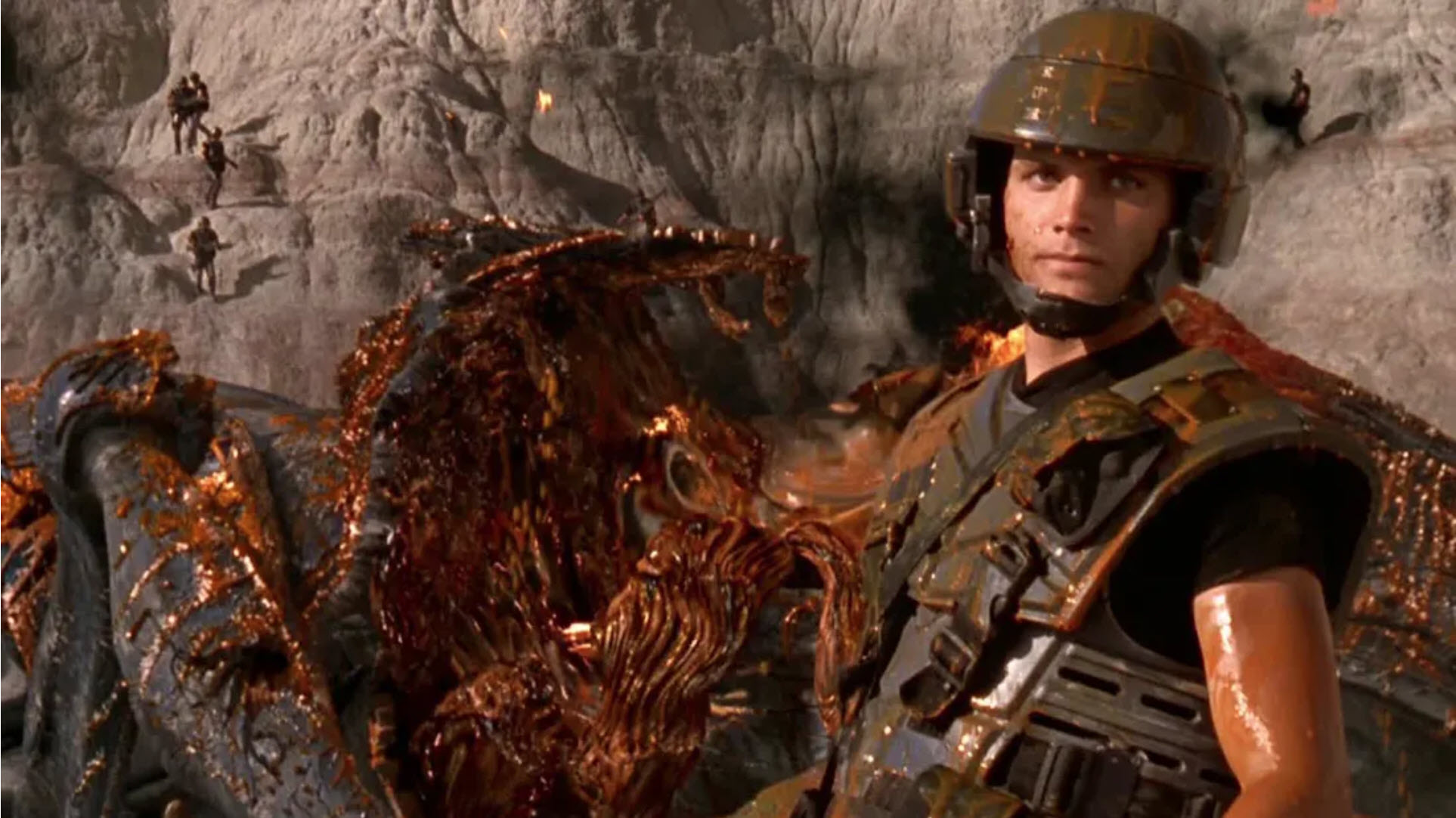 Jason recaps the events from Roll For Combat, Episode 108: She Blinded Mo With Science!

This week’s blog may be a little short. I don’t know if it’s the Daylight Savings time change, or sitting outside watching a soccer game in 40-degree weather on Saturday, but I’ve been dragging a bit the last few days. So sorry about that.

On some level, this week’s combat is really basic; in terms of tactics, it’s almost like the Revolutionary War where the two sides just line up and pop muskets at each other. If there’s a wrinkle to be had, it’s that it’s one of the very few times we’ve ever been outnumbered. I’ve noticed (with 20/20 hindsight) that most fights in this adventure path have been “about an equal number of bad guys” or “boss encounter who may or may not have a couple of sidekicks”. Eight of them, four or five of us (depending on how you count CHDRR) is a bit of a new test for us. It’s also a bit of a departure as most of our recent fighting has been in starship and building corridors… choke points, cover, limited sightlines… all that tactical Good Stuff. Combat in a wide-open field? I don’t think we’ve had to do that since we were young pups on Castrovel.

Between the open terrain and the need to stay spread out to avoid grenade damage, we ended up dispersing into a fairly wide line, running northwest to southeast across the map – probably 20 or 30 feet between each of us – and Tuttle kind of ended up out on the far southeast edge of the line. At the beginning of the fight, the Corpse Fleet Marines were charging Mo and Akiro in the center, so… OK… business as usual. In fact, I thought there would be an opportunity to quietly sneak down and get into a position where CHDRR could flank with his line attack. Best laid plans, right?

But then John got blinded, and that changed the dynamic of the fight. It might be a little hard to tell without the map in front of you, but in addition to missing on a couple of really solid hits, John started backing off to the northeast a little toward Akiro and Rusty. Unfortunately, this opened up a gap in the line and left CHDRR and Tuttle stranded on an island with two or three of the bad guys bearing down on us. Furthermore, Rusty kept using his Get ‘Em on the guys up by him, so I didn’t even have any bonuses to hit the guys near me.

I won’t lie… it was a lonely moment for your Friendly Neighborhood Mouse Demigod.

But then we caught a run of good luck on dice rolls, particularly on Akiro’s damage roll on his area acid cloud attack, and that seemed to swing the fight back in our favor. Yeah, CHDRR and Tuttle both took a little bit of damage, but things slowed down enough that Mo was able to get his sight back and get back into the fight. From there, we were able to finish the battle off fairly quickly.

I will say, one of the beneficial side effects of being outnumbered is I FINALLY got to use my jetpack! I missed at least two opportunities to do so back on Moon Two, but this time, getting vertical seemed like the right play. I figured it eliminated melee attacks entirely, and it would hopefully make it difficult to hit a mid-air target with a grenade. So… it’s finally time for Jetpack Rat! Sing with me now… I BELIEEEEEVE I CAN FLYYYYYY!

You may have also noticed a momentary spillover of frustration with Chris. (“How about you stop talking and let me play my character?”) I pride myself on being pretty even-keeled, but… guilty as charged. First, having people try to run my character for me is a general pet peeve – I don’t mind SUGGESTIONS what to do; being TOLD what to do really grinds my gears. But it was also annoying because it was one of those times where the semi-eternal pissing contest between Bob and Chris (which, honestly, I usually find amusing) kind of trampled all over me. I think if there’s a reason I got snippy with Chris rather than Bob was that I was TRYING to do what Chris suggested, but he wouldn’t… excuse my French… shut up for five seconds and let me do it because arguing with Bob was more important.

Having said all that, I don’t want to make it more than it is. Stuff happens, it’s all good, it was completely forgotten five minutes after it happened. But I figure I’d at least talk about it because sometimes I think it’s healthy to see us as a real gaming group, warts and all. We’ve been doing this for years, we’re friends, but yup… sometimes we can get under each other’s skins a little bit.

At any rate… fight won, none the worse for wear, and now we’re back to the dilemma we had before – how to get ourselves to the Stellar Degenerator and destroy it. Only now we have an additional asset at our disposal – an actual Corpse Fleet ship. Particularly if we’re going to incorporate the capital ship into our plans, that could be incredibly useful.

But… as I’m sure you’re getting used to me saying… we’ll venture further down that path next week. While you’re waiting, feel free to drop by our Discord channel and let us know what you think about things. Heck, maybe give us your suggestions on how we can beat this thing! In the meantime, thanks for listening, and we’ll see you next week.