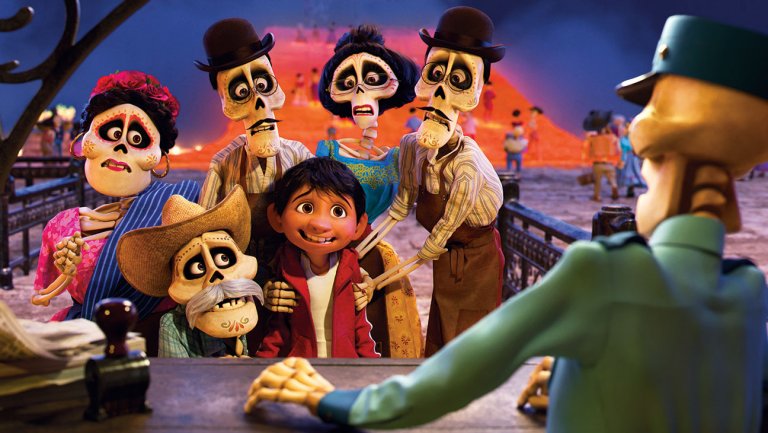 I suppose the theme of this week’s episode catching our collective breath before the sprint to the finish. It’s heavy on book-keeping (and heckling each other), with a little bit of tactical assessment of our situation, and light on actual action until the very end.

For a while, I was into distance running. I was really slow, but I ran four half-marathons and one full one. There’s a phenomenon where you get close enough to the end and that you’re going to finish where your body pushes in whatever endorphins it has left and you actually feel better in the final… quarter-mile, half-mile… then you had for the previous miles. This episode kinda feels like the gaming equivalent of that phenomenon. Steve officially took the shrink-wrap off Book Six, we can see the end (one way or the other), and even if we’d been in a bit of a lethargy the past few episodes (other than SRM), we all caught this collective second wind that will hopefully propel us to the finish line.

Leveling for Tuttle this time around was mostly a non-event. I decided to take longarm proficiency because I’ve been feeling a little outgunned and it might be a way to diversify my damage a little. And if I’m being totally honest, the optics of Tuttle with a machine gun are not to be missed. I did briefly consider going with sniper rifles but decided against it for two reasons – first, I figured it might be easier to come by longarm drops than sniper rifles; second, a sniper rifle has that aim component that might screw with my action economy with regard to giving orders to CHDRR. So longarms it is.

CHDRR, on the other hand, gets a bunch of upgrades. Some of them I had no particular say in and may have represented either Steve or John Compton being charitable – CHDRR does more base damage, and his attacks count as magical for the purposes of calculating damage resistances. Can’t really complain about that and it will surely come in handy.

But the big change is the Shock Wave. To quickly regurgitate the statblock, when CHDRR goes into single-digit hit points, he deactivates and blows an EMP pulse that does 1d6 electrical damage per level. 10-foot radius, reflex save for half which will be something like DC 22 (10 + half my level + INT modifier). My initial thinking was that we’re going to be on a tight timeframe the rest of the way, so if CHDRR dies again, there may not be time to rebuild him. So if he dies, make it count for something.

But more recently, I had a thought that this might represent a narrow window to cheat death. If CHDRR is reduced to single-digit hit points but not zero – it’s a deactivation, which may not be the same as total destruction. That implies he could be brought back after the fight through conventional drone heals. But ideally, enemies will stop beating on him if he shuts down mid-combat and not finish him off. So it feels like there’s at least a chance the damage breaks right and CHDRR evades the die-and-rebuild cycle by only being mostly dead.

(Might want to run all that past a rules lawyer though. Maybe “deactivated” and “dead” are the same thing after all.)

The one danger here is friendly fire. There’s no way to directly control when it goes off, and nothing that seems to mitigate damage to friendlies, so I’m gonna have to be careful about maneuvering CHDRR away from my group-mates when he starts getting low on hit points. Otherwise, CHDRR’s final blaze of glory could take half the party with him.

With leveling accomplished, now we turn to the problem at hand, and it’s a doozy. Basically, the Corpse Fleet and the planetary defenses are slugging it out in a massive space battle, and we somehow have to cross that battlefield, take control of the Stellar Degenerator, and destroy it. Though… I don’t really know how we’re supposed to do that.

On one hand, I do think we want to take advantage of the confusion of the battle to do… SOMETHING. I just don’t know yet what that something is. If we wait until one side or the other wins, it’s going to be us and our ship against the remnants of either the Corpse Fleet or the planetary defenses, and I don’t like our odds in either of those scenarios.

If we just take the Sunrise Maiden and try to charge across the battlefield to reach the Stellar Degenerator first, that seems like a suicide mission. Even if we made it, without the AI autopilot helping, I don’t think four of us can fly it anymore. And even if we could, I feel like the Corpse Fleet could put a pretty healthy boarding party together. So I don’t think the frontal assault is happening.

I think – particularly when you consider Rusty’s transformation into an undead character – a subterfuge play is the way to go here. Somehow infiltrate the Corpse Fleet and do… again, SOMETHING. Getting a small Corpse Fleet ship would at least let us get across the battlefield undetected, but doesn’t get us past the planetary defenses. On the other hand, could we get aboard the capital ship and do something sneaky? Is it even possible to take command of a capital ship with four people? Could we use the capital ship to destroy the rest of the Corpse Fleet? Could we use it to destroy the Stellar Degenerator? Right now, it’s helping to take out planetary defenses but if we could somehow trick the crew into shooting the Degenerator, that might get interesting. Or if things get really dire, maybe we could crash the 6-mile-long ship into the 12-mile-long ship and destroy both. It’s still got a fair amount of uncertainty, but it’s better than just charging blindly into the no-man’s-land between two competing forces and hoping for the best.

Of course, the wild card in all of this is how far we can trust Rusty, who’s been making noises since Book 3 or Book 4 that he wants to keep the Stellar Degenerator for himself. Even if we get through ALL of the above hurdles and get the Stellar Degenerator under control, we may have an intra-party squabble to resolve. But for the moment, we need him and he needs us, so we’ll jump off that cliff when we come to it.

So we head back to where we left the Sunrise Maiden, where there’s good news and bad news, and they’re actually both the same news – there’s a troop of Corpse Fleet soldiers waiting at the landing pad for us. If we can get past these guys… well, there’s the first part of our plan, a Corpse Fleet ship waiting to be commandeered. The bad news: the aforementioned 1000 hit points worth of bad guys to deal with.

Annnnd… we’ll pick it up there next week. Come back next week join us for what’s likely to be a knock-down, drag-out slugfest. Ideally, we’ll emerge victorious; if not, I guess Book Six is going to be REALLY short. While you’re waiting, feel free to drop by our Discord channel and other social media: let us know what you think of the show and join the merry-making of the RFC community. Thanks for listening, and we’ll see you next week.