Talking Combat 102: Let’s All Go To The Lobby! - Roll For Combat 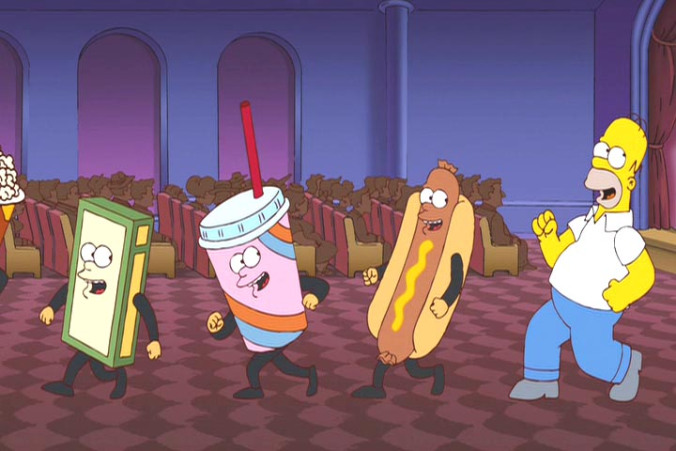 The French have this great expression: “l’esprit d’escalier”… “the spirit of the stairs”… that captures that sense of thinking of the perfect thing to say after you’ve already left. For those of you who want me to stay in my lane and provide a reference more grounded in pop culture – the “Jerk Store” episode of Seinfeld. (Though I went all the way to French V in high school 30-plus years ago… my lane goes to mysterious places.)

I have to admit, as I was listening to this episode, I was struck with a bout of that because I realized I had the perfect tool for this situation and didn’t think to use it. Scoutbot. (I’ve played enough Rainbow Six Siege to know better. OPFOR DETECTED!)

Here’s the thing. Scoutbot has a time limit (one minute per level), the bot has a damage limit if it’s attacked, but there’s no range limit specified. So the 200-300 feet down in the elevator would have not been a problem, as long as it got there in 10 minutes. (On the other hand, contrary to what I thought, it doesn’t actually fly… not sure where I originally got that.) So if I was thinking properly, I would’ve pulled the old Die Hard standby and sent the Scoutbot down on the elevator to see what was waiting for us at the bottom. (Feel free to listen to the rest of the episode imagining Mo writing the names of cultists on his arm with a Sharpie.)

Now, I know it wouldn’t have been a perfect solution. The elevator door still opens as normal, which would clearly attract attention. We’d have a quick rules-lawyer break about how quietly it moves and how easy it is to see, but at the end of the day, they’d probably destroy it and be just as ready for us when WE came down. And strategically, the single point of entry renders it somewhat moot: it would’ve been a more useful tactic if we had the option of choosing a different entrance. But it would’ve been a pretty handy use of a resolve point, and even if it only survived a round or two, we might have gathered some intel on their strength and the layout of the room before we ever set foot on the lower level.

Instead, we plow forth into a sea of grenades. Yay! On the other hand, they’re pretty weak grenades. In fact, at first, they’re pretty weak ENEMIES. Base-level cultists, shades… nothing we haven’t seen before. You don’t want to take things too much for granted, but at first, this feels like a warm-up battle: you just leveled and got your new powers, let’s see what you can do with them.

It’s not a new power, but I have to admit I’m still a fan of Akiro’s trick with the exploding battery; it’s basically all the power of a grenade, but at the cost of a battery, which is dirt cheap. That’s a pretty good bargain. (Alternatively, it’s Fireball, but with a physical object to focus the spell’s power on.) I’m sort of envious – the Mechanic can do that with a weapon, but the damage is nowhere near comparable, and destroying a weapon is even less cost-efficient than grenades themselves. Don’t get me wrong, rigging a phaser to explode has a lot of Mechanic flavor (I just re-watched an episode of Next Generation and a bad guy did that) but the results just aren’t there. WHERE’S MY 9d6 DAMAGE?

But then things take a turn for the more serious. First, we get Berserker Cultists. Not sure if they’re any harder to kill, but they definitely hit harder while they’re alive. And then, just as we’re getting a handle on that. BOSS FIGHT right at the end of the session. Setting aside that I haven’t been the hugest fan of including Pathfinder core races in Starfinder, a dwarf in power armor is pretty dang cool. As long as he doesn’t kill us, that is.

Before closing for the week, I’ll take a moment to reflect on Steve’s point regarding bleeding encounters, and the realism of killing enemies in adjacent rooms without them noticing anything. (We’re almost back to the glory days of GM-PC Tips!) It’s a tough call. If you went with TRULY realistic acoustics, you probably couldn’t fight something on the same level of a dungeon without alerting everyone and their mother. So at some point, you probably have to suspend disbelief a little bit just to make for a playable game. On the other hand, I’ve been in games where people took long rests with enemies right on the other side of a door, which is a little immersion-breaking in the other direction. So we slaughter Goblin Troop A, and Goblin Troop B never thinks to check in on them? They don’t have dinner together? Nobody goes and checks when Grugg fails to show up for the nightly card game?

As far as that Emerald Spire story Steve told, it was basically accurate. Maybe not ONE long fight, but we certainly didn’t stop for a true rest, and probably didn’t have more than 5 or 10 minutes even when there was a pause in the action. Though I think at one point I remember clearing a few empty broom closets.

In that particular game, I was playing a rogue, so my job was fairly easy and there weren’t a lot of resources to manage. Just stab whoever is closest. The main frustration was the running fight didn’t leave a lot of opportunities to set up Sneak Attack damage because the bad guys tended to be down-range. I think John played a Paladin, and Bob was playing an archery-based monk. I feel like maybe Chris didn’t play that one because he was busy with WoW raids, but I’m not 100% sure who our fourth was or what character they played.

There were two main problems that conspired to turn it into a bit of a… well… “cluster-something”. First, the front gate of the complex was an easily defensible position with arrow slits that took a lot of initial effort to overcome. So there was some concern that if we retreated to take a long rest, the remaining bandits would just retake the “front door”, and we’d have to do The Hard Part all over again. If I remember correctly, I feel like we were pinning our hopes on finding a back door which would make it easier to come and go, and then we’d go heal… and things just got out of hand. (Full disclosure: the back door DID exist, but we didn’t find it until the whole level was cleaned out.)

The second was bad tactical luck. In one case, we chased the last runner from one encounter into a new group; in another, one of our guys was looking for a place to grab a quick heal potion and opened the door to another NPC area we hadn’t cleared yet. In fairness, based on the rooms around it, we REALLY thought it was likely to be just another storage room, but that turned out to NOT be the case.

Much to my surprise, we did survive. We pretty much burned through every spell and special ability, and most of the party was at death’s door (I want to say whoever was playing our fourth dropped and had to be revived with John’s Lay on Hands), but we made it. Definitely a fun night of gaming – that one was basically three hours of non-stop action, without being a fairly static slugfest; very fluid, almost a chase dynamic to it all.

If only we’d been recording back then. Ah well.

Anyway, enough wandering down memory lane. (Unless Steve follows through with some Year Two content, in which case, MORE wandering down memory lane.) Regardless, we’ve got to get back to saving the universe and fighting Dwarven Colonel Quaritch, but that’ll be for next week. Until then, drop by our Discord channel or other social media and join in the ongoing shenanigans. Thanks for listening and we’ll see you back here next week.