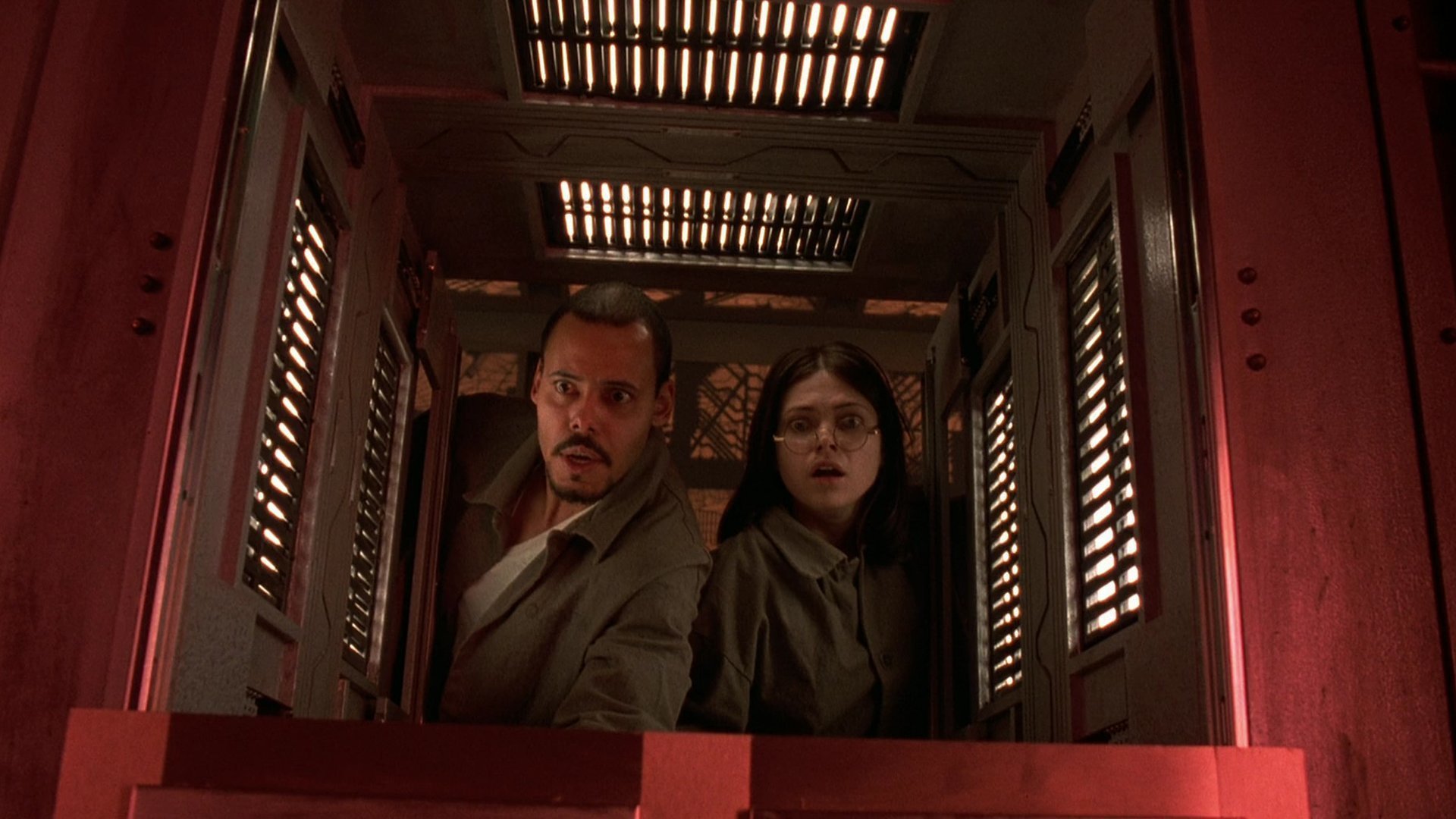 Jason recaps the events from Roll For Combat, Episode 094: Akiro The Zero.

This is going to be one of those weeks where I’m going to go off the beaten path a little. The fight itself mostly circles the same themes we’ve talked about before – space combat is kind of a slog, we don’t like the way Resolve points work in boss fights (but this is prior to discovering that we’ve been doing it wrong and Coup De Grace does actually exist). It was kind of fun to see an enemy Envoy in action (BIZARRO RUSTY), but not sure I can pull a whole column out of that.

I suppose I will spare a moment to apologize for the quality of my mic for the next few sessions, as – I kid you not – my dog ate my mic and I was using a backup I borrowed from work. Cliff’s Notes: son borrowed headset, left it on a low table, and I have a dog that’s chewy when it comes to home electronics. Debated killing one or both; settled on buying my son his own (lesser) headset and declaring mine off limits from now on.

Anyhow… moving on. This week, I think I’ll go for a Talking Combat first and write my first column that focuses (at least indirectly) on the show notes. Now that the cat’s out of the bag, I can mention that yes, we’re doing Pathfinder Second Edition, and yes, I’m part of the crossover cast.

I’m not going to deep-dive on the new show itself because I’ve got to save some material to write about when those episodes start airing. SPOILERS! But it drives toward the interesting question of “how much gaming is too much?”.

You see… this will, at least for a time, be my third concurrent game, and there are times when I stop and ask myself if this is a good idea. Truth be told, I considered sitting out PF2, but I have to admit I’m psyched to explore the new rules and couldn’t say no. But it’s going to be interesting to see how this develops.

First, there’s Roll For Combat: Starfinder. I’m pretty sure you’re all familiar with that one. If you’re somehow reading this column and not listening to the show… you’ve got some odd reading habits, that’s all I’ll say.

Next is my Dads-N-Kids in-person game that I’ve sometimes mentioned, which took a hiatus for about a year, but restarted about a month ago. (With one less kid, but that particular kid spent most of the sessions looking at his phone anyway.) It’s a 5E campaign, kind of a hybrid of homebrew and off-the-shelf – our GM uses existing modules as a starting point but tweaks them to his liking. Or he’ll use the maps from an existing module as the setting but write the story himself. In that game, I’m playing a Warlock – my initial thinking was to go with a melee bladelock lean, but I may be chickening out and becoming more of a pure spell-slinger.

And now we have Pathfinder Second Edition. New game, new game SYSTEM, and… we’ll say “new-ish”… players. Rob has made multiple appearances on our show and Loren was a guest on one of the Society episodes. This is my first time playing with Vanessa, but she was our contest winner and played with Steve at PaizoCon.

I think the thing I’m already digging more than I expected is that each table is its own entity with its own flavor. And most importantly, each is fun in its own way.

The Starfinder table is probably the most power-gamer-y table of the three – we tend to be highly focused on getting from fight to fight, roleplaying is fairly light… the atmosphere is almost more like a WoW raid, but with a more engaging story. But it also has the ease of familiarity going for it – the in-jokes and stories from other campaigns that have accumulated over the years, we know each other as players and know what to expect, we can even step outside the game and talk fantasy football for 10 or 15 minutes.

It’s early yet, but the Pathfinder 2 table is a little less… intense?… which is a nice change of pace. I don’t know if because we’re comparative strangers and maybe more focused on being polite and not stepping on each other’s toes (or maybe it’s just fewer New Yorkers), but it’s definitely got a more mellow vibe. On the other hand, it’s also more oriented toward roleplaying which… I’m not generally great at, but I’m willing to give it a go. (Sorry, I’m really bad with voices. Know your own limits.)

The 5E game? Supremely casual. I’d almost say that’s more of a social gathering that happens to have a roleplaying game dropped on top of it. We’re dealing with newer players – in addition to the kids, our GM’s sister-in-law is an RPG novice who decided to join us – so we sometimes miss or fudge rules. We go slow. We crack jokes and screw around. If someone dies, we just get a new character sheet ready. (Suffice it to say it would probably make for a TERRIBLE podcast.) And… of course, the single biggest difference is that it’s a live game. It’s totally cool that the technology exists to play with people hundreds (if not thousands) of miles away, but nothing totally replaces rolling real dice at a real table.

Aside from the flavors of the tables, different is good just for difference’s sake. Play one character for… holy crap, coming up on two years… it’s good to mix in a little something else to break it up a little. We briefly played around with that when we were doing the Society shows; PF2 will be another way to freshen things up a bit.

So what’s the downside of three different games? Well, the first one, which you can surely guess, is simple scheduling logistics. If you add up the people (setting aside Steve and myself as duplicates), there are up to 14 different schedules to accommodate in a given week. (And that’s even without considering spouses, significant others, and other people outside the immediate bubble of the games.) It can be tricky to make that work week after week.

I have to admit there’s also a little bit of “which game am I playing?” confusion that sometimes creeps in at the edges. Not so much the characters – I haven’t yet mistaken Tuttle for a melee character and charged into battle – but three different systems (one of which is brand new) creates the occasional synaptic misfire on the rules. Advantage in the 5E game tends to be a big one – I’ll often forget what does and doesn’t give advantage for a few turns until someone reminds me or the light switch flips.

And, OK, there are weeks when 8-10 hours of gaming is a lot of time to be committing to any hobby. Not quite full-blown “burnout”, but in that direction. That one doesn’t hit me OFTEN, but I’d be lying if I said it NEVER happened. There have been one or two nights I’d rather futz around with my NHL19 expansion team or make a dent in my Netflix queue than roll dice.

If there’s one safety net to all of this, it’s that it’s likely to be a short-term arrangement. Dead Suns is meandering toward a conclusion, and the Pathfinder Second Edition adventure is supposedly fairly short. And even with the Dads-N-Kids game, that might become a less frequent thing when the kids go back to school in the fall. So if this somehow proves too much, I guess there will be opportunities to re-evaluate. In the meantime… anyone running a 4th Edition game I can get in on? (Kidding, kidding).

Well, that’s about all I have for this week. Next week should be an eventful one. Back in the Dead Suns world, our intrepid team has to go find the cultist mothership and hit the “Hey, Come On Over And Kick Our Asses” snooze bar. For the show as a whole, we’ve got GenCon and the official release of Second Edition, which should mean some bonus content – book reviews, bonus podcasts, and such. Some of that is on Steve to do before he gets on the plane to Indy, but some of that is my bailiwick, so I guess I’d better get to it. We’ll see you back here next week.