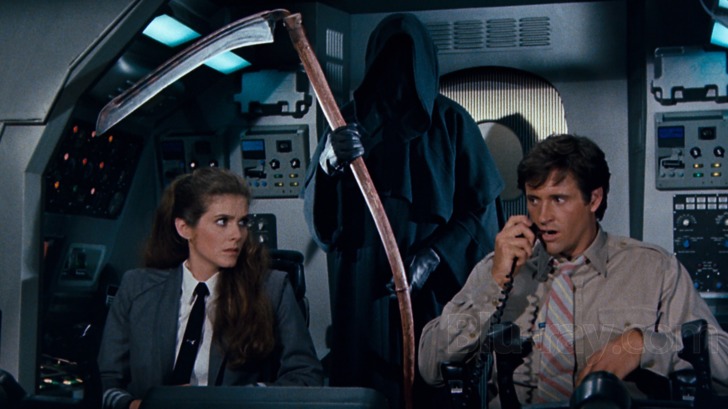 It’s gonna be kind of a short one this week. It’s a short episode, to begin with, and the Pens went to overtime last night, so I’m operating on less sleep than usual.

It’s also difficult because the large majority of the episode is spent debating the logistics of something we end up deciding not to do, so there’s this big Monty Python-esque “START AGAIN” two-thirds of the way through the episode. In case it was unclear, the general setting is there’s a big floating island a couple of hundred yards from the mainland that are broken off and floating loose, with a field of smaller debris surrounding it.

The original plan (and probably how Keeley drew it up when he was writing it), if we were better equipped or had magic, would’ve been to hop from small rock to small rock to get to the big one. But… we aren’t that well-equipped, especially once Hirogi went poof with some of our rope and maybe a grappling gun. (Put me down in the column of thinking he had one, but I could be wrong.) And our lack of magic is legendary, even with Akiro now on the team. But hey, Tuttle can Comprehend Languages!

So we give it Ye Olde College Trye to figure out the rope thing, but it seems pretty unlikely to work, and even our best effort probably means we have to leave someone behind. So at that point, why not fly there and just lose whoever is piloting the ship because that SEEMS a little safer? As Tuttle is the bookish nerd most likely to die doing Interstellar Parkour, I am totally down with Plan B.

However, this does mean formally splitting the party. We lose Rusty, as the pilot, and I ultimately decide to leave CHDRR behind. I’ve been second-guessing that a little bit. At the time, I think I was worried he might be hard to extract at the end, and we might be left with the uncomfortable prospect of leaving him behind or doing a destroy-rebuild cycle, which would cost us a day. Meanwhile, there’s a meta-gamey sense that if it’s the Kish trash mobs we’ve been fighting up to this point, the three of us can handle it, and if it’s a boss battle we’re pretty screwed without Rusty anyway. (Please don’t tell him I admitted that. I’ll never hear the end of it.) In retrospect, I started feeling that might have been a mistake: the drone rules are written such that CHDRR is meant to be a LITTLE disposable (don’t tell HIM I said that either), so why not bring him?

So we get in the ship and… OK, the ride is a little bumpier than expected. Rocks… ship… NOT FRIENDS. And damage goes directly against the hull instead of the shields… yeah, that’s not good. The thing I don’t get a sense of is whether 15 damage was a small, average, or max amount, but it does put us on a bit of a clock getting on and off the rock. And it could ultimately mean Bob has to bail and we might have to do the hopscotch method anyway. But getting back out of here is 15 steps down the road; for now, we come through OK (only one nasty collision) and deposit the away team at the destination.

Speaking of which, I need a ruling: is the science guy or the security guy more of the redshirt in the case like this? I kinda want to say Mo is the redshirt, but not sure. There are quite a few Trek episodes where it’s the junior exo-botanist who wanders away and gets eaten. Then again, the scientists who go on Star Trek away missions rival the guys from Prometheus in their disregard for safety protocols. Sure, Ensign Giles… put your whole unprotected face right up next to where every other plant in the universe emits pollen. That’s a FINE idea.

But I digress. We arrive with a few bumps and bruises. Time to find our objective and get the security codes. And, the whole place is covered with some hybrid of mold and webbing. That might also be propping up a structurally unsound building. THAT’S NOT ALARMING AT ALL. Giant spider? Mold/ooze type creature? Mold Spider? Does such a thing exist? It’s hard to judge what’s just ambiance – this is an ancient civilization that’s thousands of years old, and this building, in particular, is isolated and untouched – and what’s a sign of danger. Oh, who am I kidding… definitely a Mold Spider, and we’re all gonna die.

(If the Mold Spider wasn’t a thing before, I’m proclaiming it to be one now. And here I was thinking I was going to ignore Steve’s GM tip because I don’t create monsters!)

Though in the short term, my concerns are more rubber-meets-the-road – CHDRR’s junk cannon might have been useful just to burn off some of these mold filaments to make the doors easier to open. (“Fire! The Biblical Cleanser!”) Mo’s getting it done, but the rolls he’s been having to make are kinda high. A few shots of plasma weapon might make things a little easier. On the other hand, maybe it brings the whole building down on top of us. Steve did say the filaments were helping to keep the building standing.

And a few doors in, that’s where we leave things for the week. Join us next time when we continue exploring the Office Park of Impending Doom. In the meantime, drop on by Discord and join the ongoing merriment, and don’t forget to enter the PaizoCon contest. (Though the people who already entered probably wish I wouldn’t say that because I’m lowering their odds of winning). See you next week!