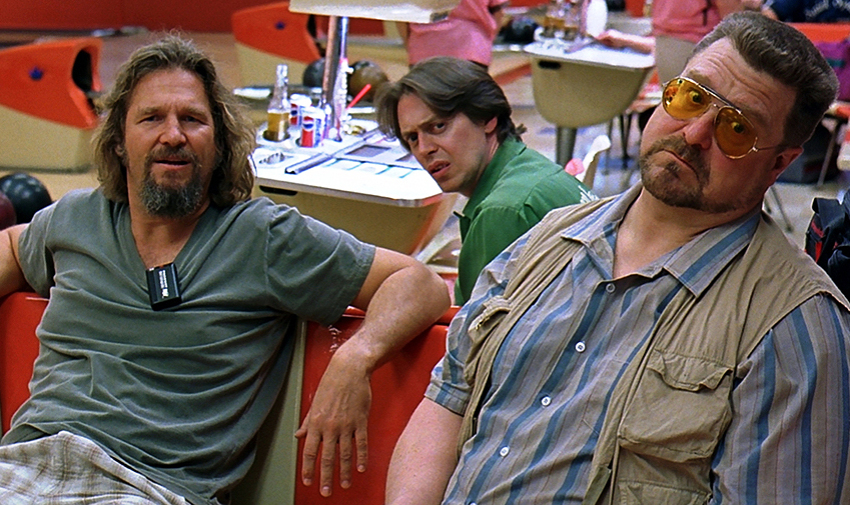 Jason recaps the events from Roll For Combat, Episode 078: The Slime of Our Lives.

Here is my dilemma.

As a player and going back as a listener, a bottle episode like this is a welcome break. Doing one main storyline week after week can be a bit of a grind if we’re being honest. Cultists. Doomsday weapon. End of the world. I wouldn’t call it “repetitive” because the overall story is still developing and moving forward, but it is a little one-note. It’s nice to take a break from that and wing it for an episode or two.

On the other hand, blogging about it after the fact becomes a little tougher because an episode like this doesn’t leave as much in its wake beyond a restatement of what happened. “Keeley and Trimarco are great. Monsters ‘sploded.” If you’re not in the main story, you don’t have unanswered questions. You don’t have that “where do we go from here?” speculation. Or you have it, but it’s the same unanswered questions and speculation you had X weeks ago when you entered the diversionary side-street. So it makes for a little more challenging blogging experience.

I will say that these breaks are welcome, but it’s hard to ask for them as the player – or at least it is within the constraints of a tightly-plotted adventure path. As a role-play thing, it feels self-indulgent to break immersion by being the one to say “I know the evil cult could be firing up the doomsday weapon any day now, but let’s go to the space casino tonight”. That doesn’t seem realistic. It’d be like Aragorn, Legolas, and Gimli trying to rescue Merry and Pippin but just deciding to take a detour to go get some more lembas or something. So it’s kind of incumbent upon the GM to decide that yes, you have time to take a two-hour detour to see the World’s Second Largest Ball of Twine.

Keep in mind, some of this is just the “downside” – such as it is – of adventure path play. You’re trading a tightly-focused plot for a little less freedom to screw around because it wouldn’t make sense in the context of that story. If you’re running a homebrew campaign, you just run off into the weeds, your GM sighs and rubs his or her temples in exasperation (or cackles in murderous glee – it takes all sorts in this hobby), and pulls something out of an ever-thickening binder of ad-lib material.

So yeah. Keeley and Trimarco are great. Monsters ‘sploded. What else?

Well, there’s the plague ooze, Steve’s contribution to the ever-expanding field of TPK-ology. I will join the chorus of people who wouldn’t have minded seeing that encounter turned up to full nastiness, but Steve pointed out the logistics we were operating under: we were pushing up against our end time and it might have been tough to bring Jason and Rob back the following week just to finish out one fight, so Steve kinda had to water it down to make it fit the schedule.

The general vibe I did get is that it’s built to be a heavy hitter – nothing special defensively beyond the aura and the usual benefits of oozery. The real ass-kicker is the “bowling-ball” effect – so basically, a multi-target line effect, you’re getting some damage and some disease no matter what you do, and your choices are DEFINITELY take the extra damage, but at least you might get a hit in, or do a reflex roll to maybe take less. And I don’t know if Steve chose the battle map on purpose to accentuate this, but the ooze was in a large room at the end of a hallway with no real alcoves or doors, so it really was set up like we were bowling pins at one end.

We also didn’t really get to see the disease in action, but given that one of our most memorable encounters with disease turned Rusty undead, maybe that’s for the best.

The firefly thing was neat, though I have to admit I had forgotten the specifics of that encounter. I knew there was “something” between the moonflower and the ooze, but I couldn’t really remember what it was. I think I got it confused with the healing temple and thought Mo just set off yet another more conventional trap. Which… take out “conventional” and I suppose that’s pretty much what happened. It does still scratch at that whole meta-game itch of “how environmentally secure are space suits and/or armor supposed to be?” that we’ve been kicking around since Castrovel but at some point you just accept that the plot requires the bugs to be inside the suit and move along.

And then there’s the squox. Officially, you’ll find those in the Alien Archive 2, if you want more info. I’m not sure how seriously we’re supposed to be looking into this, but if we decide to train it as a pet, how does that work? Well… one problem I can immediately see is that initial training is supposed to take 3 months if you start from scratch. Perhaps it’s already fully trained, but then we go down the different rabbit hole of how did a fully-trained squox end up on a planet this far from the Pact Worlds, and that’s far more mental effort than I wanted to expend on this. Also, you also have to use a feat to officially use it as a companion, and if it’s a squox or longarm proficiency… I choose longarms.

So let’s set aside formally training it. Even if we just assume it to be a bit of added campaign flavor, who should get the squox? Which member of Team RFC is going to be sneaking it food from the table and wearing it as a hat when he thinks the other guys aren’t looking. Who’s going to be the one getting yelled at by the other three when the squox eats an important clue?

If I didn’t already have CHDRR, I’d say Tuttle would be the first choice, but that may be too many companions for one character. Also, we might end up in some ethical gray area where Tuttle would want to start using it as a test subject for experiments, and then we’ve got Space PETA all up in our business. Even though there’s a logical progression for Akiro (technomancer = Pathfinder mage, which puts you adjacent to the concept of familiars), Chris does NOT do “cute”, so that’s a non-starter unless he finds some loophole that allows the squox to steal party loot for him. That leaves Rusty and Mo, and I think Mo hiding a cute critter under his fedora is much more wholesome than Rusty integrating the local wildlife into his pickup lines. “Come up and see my squox?” So mentally, I’m going with Mo until further notice.

Lastly, we got a Null Spa… a bag of holding, OK? In fairness, we haven’t been having too much trouble with encumbrance. I think at one point Hirogi had too many guns, but overall, between Steve being fairly lenient about dropping stuff off at the Sunrise Maiden and the rules being kind in general (NINE HEALING SERUMS WEIGH NOTHING! NOTHING, I TELL YOU!), I don’t think it’s been an issue. Still, more carrying capacity is always welcome.

That’s about it for this week. Next week, we get back to the business at hand – tracking down the security keys to the Temple of the MacGuffin. Good seeing Meats and Lasko again, but we’ve got a universe to save and squoxes to house-break. (Is it a litter box thing? Do you just zap the poop with a laser pistol? Does the Sunrise Maiden have sophisticated pet refuse algorithms? So many questions…). Feel free to drop by the Discord channel, and check out all the ongoing merriment – discussion about the show itself, our online games, the general reindeer games that erupt when you put a bunch of RPG fans in a confined space. And don’t forget to enter the PaizoCon contest. We’ll see you next week.