Talking Combat 072: A Quest For Fun - Roll For Combat 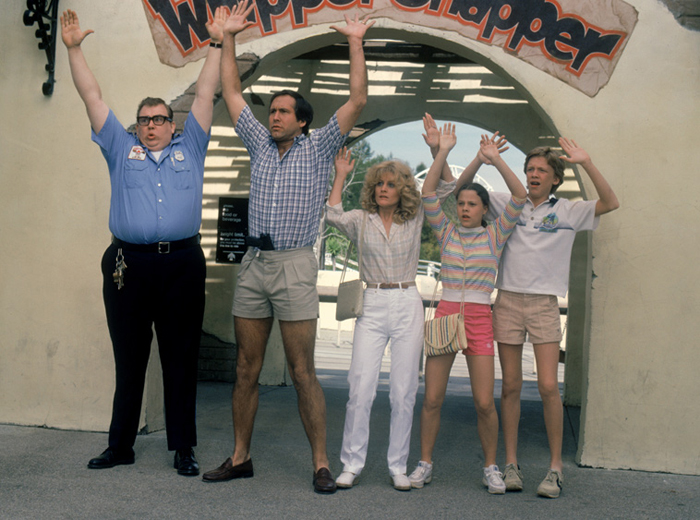 Jason recaps the events from Roll For Combat, Episode 072: We’re Not in The Drift Anymore.

“Hey, who wants to see the Pact Worlds’ second largest ball of twine?”

The start of week’s episode feels vaguely reminiscent of taking a family road trip somewhere. We’re all varying degrees of testy from having been in the car too long. Rusty and Hirogi are the parents up front, doing their “Are you sure you’re not tired? I can drive!” routine and arguing over the proper folding of the map. Tuttle is the plucky younger kid, either playing his game system (CHDRR) or trying to come up with little road games to pass the time like finding a license plate from every state. Mo’s the sullen teenager who’s just done with the whole experience and would be sending pouty Snapchats to all his friends about how miserable he is, except we have no cell service this far out.

The middle of those was simplest – that’s a level of meta-gaming I’m uncomfortable with. If the argument for not fixing the ship was “we’re not stopping to fix the ship because we’re already days or weeks behind the cultists, and the shields will regenerate”… it’s a risky move, but it at least has a game context. If your argument for not fixing the ship is “Paizo never throws more than one starship event into each module” – that’s the very definition of meta-gaming.

More generally, it was frustrating to me because even though I was the one who originally floated the initial figure (I think I said 100UPB/5 hull or something?), I kinda KNEW that sounded wrong and it didn’t take that long or cost that much. So I was searching the rules for the right figure as this was all happening; I just couldn’t find the page fast enough, and John continuously demanding we move on wasn’t helping. I get that we all had a little cabin fever from space combat that lasted (pre-edit) something like 5 or 6 hours over three sessions, but 5 or 10 minutes to get a rule right wasn’t going to kill us.

And as it turns out, five hours of game time and a couple hundred UPBs is almost nothing, so might as well patch everything up. There you go.

So we arrive, and surprise, surprise… we fall immediately into party-based combat. Hostile locals rather than the Corpse Fleet or the cultists at first glance, and it’s pretty quickly obvious these guys don’t represent much of a challenge. Archaic weapons? Bows? Six damage on a crit? We didn’t accidentally warp back into a Pathfinder campaign, did we? (And a level 1, at that…)

It actually felt like the environment itself felt like the biggest threat – I forgot we were on an elevated platform hanging over nothingness until that guy tried to bull rush Mo. If he had fallen, could we have jumped back in the ship and retrieved him, or would he just be gone? Now I’m almost curious.

It’s weird that Steve seemed to be trying to make us feel guilty for beating on these poor guys… I mean, bows or not, they did attack us first. That’s pretty much all the justification I need. Also, in a “kidding-but-not-kidding” way, I’m not prepared to accept a guilt trip from a guy who openly roots for the monsters to kill us in most other fights. MAYBE YOU COULD JUST GIVE THEM AN AZLANTI WARSHIP WITH MUCH BETTER WEAPONS THAN OURS, STEVE!

Speaking of which, I have a confession to get off my chest. It may be my fault the Sunrise Maiden’s weapons are so crappy. I think when we did the refit at Level 6 I got confused and thought the Sunrise had a Small frame when it has a Medium. Theoretically, that means we have access to heavy weapons, right? But since I had the wrong frame in my head, I think I shot down Chris or John when they proposed something from the heavy weapons list. Granted, they cost more PCUs and build points, so we would’ve probably had to sacrifice some shielding, but we probably could’ve packing a little more heat. Something to address next time we re-fit.

I’m going to close with a little bit of discussion of gods and alignments, to branch off of Steve and Perram’s Roll To Assist segment.

I will say that by and large, I’m indifferent toward religion in these types of games. Roleplaying a deeply devout character generally doesn’t hold a lot of interest for me; I’m usually just looking for enough of a MacGuffin to power my spells. I don’t play a lot of divine casters in general… not really my thing. Or if I do, they’re the Golarion equivalent of people who only go to church on the big holidays.

Where the rubber meets the road, my alignment tends to be Chaotic Good or Neutral Good, so I get a lot of mileage out of Desna. There’s nothing about her in particular except that “luck and travelers” sounds pretty adventure-y to me, so she’s probably my go-to when picking a deity. In this campaign, Triune seemed like a better fit for Tuttle, and I did have a lot of fun playing my Gorum-worshiper in Iron Gods, so I’m not opposed to mixing it up a little, but it’s not a big motivator to me.

I don’t think I’ve ever run an evil character. Just something I’ve never had any interest in doing. I’m weird enough to sometimes feel bad about the fake actions of my fake avatar; I like being The Good Guy. Even making Tuttle Lawful Neutral feels like a bit of a concession.

The funny thing is it’s even worse when I’m playing RPG videogames; in computer-based RPGs, my choices hew a lot closer to Lawful Good. Maybe it’s because you’re acting out someone else’s writing, or because you’re usually constrained to two or three choices and the “chaotic” option reads as “asshole”, but I can’t bring myself to be a bad guy or even an annoying guy in computer-based games. In live-table games playing off other real people, there’s more nuance and you can shade it the way you want.

That’s about all I have for this week. Next week, we’ll get to explore our new surroundings a little and hopefully find out who the locals are and why they want us dead too. (Does anyone ever like us?) Maybe we’ll even start making up some ground on our Pact Worlds competition and start unraveling the mystery of the doomsday weapon. In the meantime, feel free to drop by our Discord channel or other social media and share your thoughts about the show and join the PaizoCon contest. We’ll see you next week, and thanks for listening!