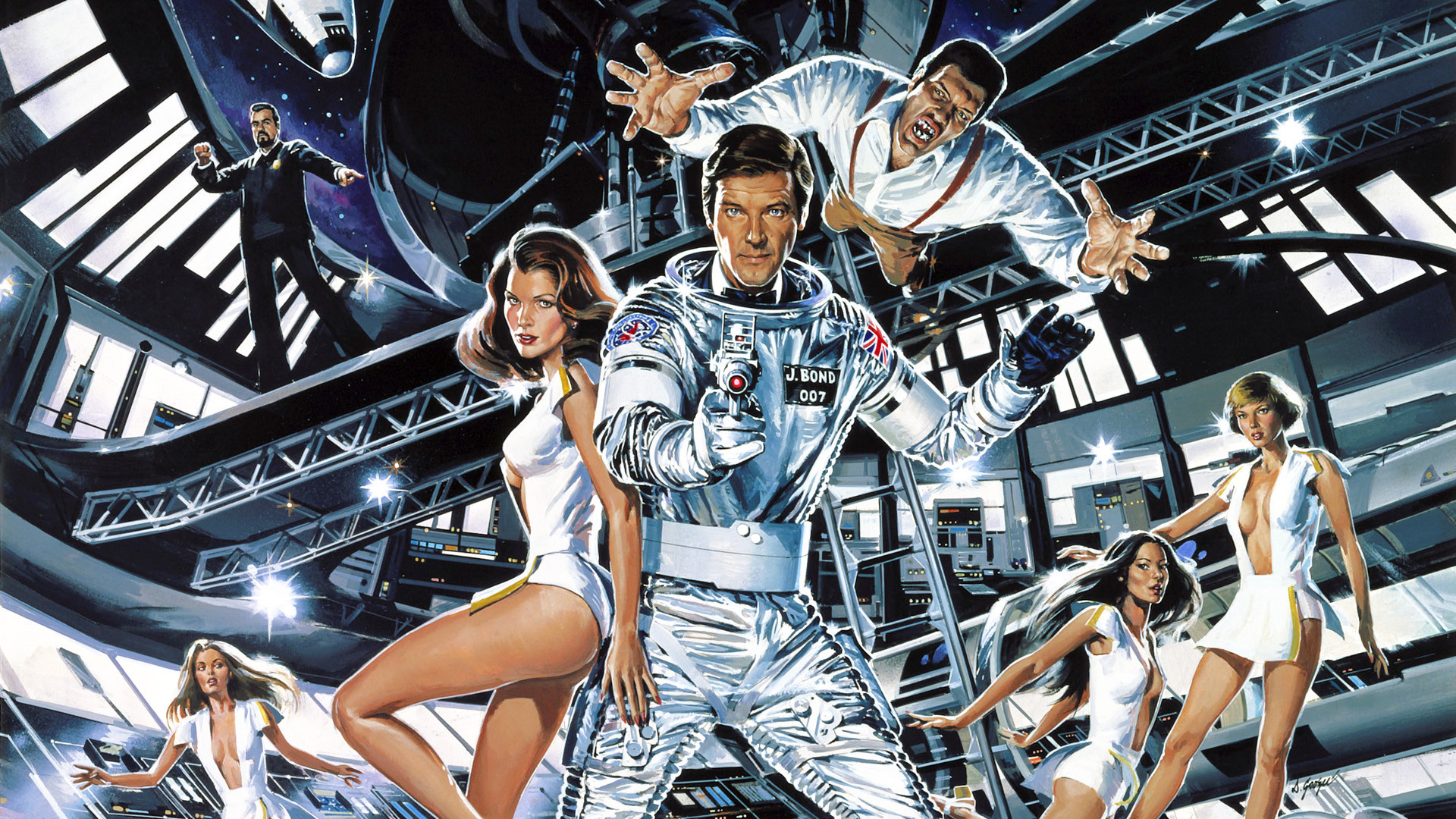 This week’s going to be a little tricky. I have to thread the needle of another column about starship combat, without necessarily repeating myself from last week too much. I can’t promise zero repetition, but I’ll try to keep it to a minimum. The good news is that the second half contains a few specific developments that change the contour of the fight a little, things that would’ve been spoilers if I had gotten into them too far last week.

Like the energy clouds, for instance. Last week, I think they played more of a passive supporting role: they created some level of visual impediment, but since nobody actually parked in one, we never got to see what the lightning might do. This week… oh boy. I didn’t bother figuring out what the DC must have been – BOB! MATH! – but 0-for-2 on our cloud rolls was pretty painful. Meanwhile, it seemed pretty close to automatic for the Azlanti ship to hide in there… right up until it wasn’t. Somehow that’s how the dice go, I suppose.

Aside: “BOB! MATH!” is destined to become the “AZIZ! LIGHT!” of Roll For Combat. Or perhaps the “KOWALSKI! ANALYSIS!” Pick your cultural reference of choice.

Speaking of near-automatic rolls: one thing I didn’t really notice last week but was very aware of this week was the difference in skill levels between the crews. Last week my focus was almost entirely on weapon strength – their guns hit a lot harder than ours. This week it was far more obvious that part of the problem was that the Azlanti had close-to-automatic rolls while we had rolls that were 50-50-ish propositions. The initiative rolls were the one place where things were pretty even; shooting, actual piloting skill checks… they had a lot of wiggle room while we had to be close to perfect.

Part of the reason I didn’t notice it at the time is that when we’re in the throes of ship combat, I tend to get a little tunnel vision and focus mostly on my stations. I’m all about which systems are glitched, managing our shields, and if it feels like we get the upper hand, only then do I look for opportunities to contribute offensively (target specific systems, goose our speed with Divert, etc.). When we’re in a slugfest like this, I’m pretty much in a defensive bubble; I honestly couldn’t even tell you at any point during the fight how much damage we DID, just what we took. The gunnery rolls, the actual piloting tactics, whether Bob or Chris is piloting or captaining… it might as well be Miss Othmar in Peanuts. WAH WAH wah WAAAAAH!

Getting back to the action, this fight had two main turning points, one of which I sort of discussed last week and one of which would have been a spoiler had I brought it up last week.

The first was the fact that they had a LOT less shielding than we did, so we were able to get into their hull points quicker. I almost feel a little bad mocking Hirogi for wanting so many shield points – turns out that pretty much saved our bacon on this fight. If they had 65 or 70 shields (I’m not going to go back and check), that’s only about 16-18 per quadrant, and I didn’t get the sense Steve had the Azlanti doing much (any?) rebalancing as he went. DO YOU EVEN SCIENCE OFFICER, BRO? So yeah, our shots weren’t as powerful, but we were taking meat off the bone fairly quickly.

The spoilery one gets kind of lost in the shuffle and only gets a brief callout, but it was also clutch in its own way: the fact that their torpedo launcher eventually ran out of ammo. One could argue that the damage of the turret and the damage of the lasers was a wash, but a) losing the turret deprived it of four-quadrant coverage, and b) I think the turret was shooting against a lower number to hit since we put resources into AC but didn’t do anything about TL beyond what Sunrise Maiden 1.0 originally had. And as you heard for yourself, this really played into the endgame; once we took that starboard gun down, we actually had a legit blind spot where we could shoot at them and not take return fire.

Though this is one of those places my memory is a little wonky… I thought we had two or three rounds where it had no starboard gun, but that gets back to the aforementioned Tuttle Bubble. Maybe I’m thinking of when it was glitched rather than when it was actually broken. Or maybe it felt longer because there was one of those 10-minute arguments about where to position the ship that got left in the editing bay.

We also got to see the first use of my new Level 6 power “Overpower”. Basically it lets you do Divert to three systems at the same time by using a resolve point. It’s a decent ability, but it doesn’t change the fact that the underlying Divert actions aren’t that game-changing – heal a whopping 7 points of shields, change a damage roll of 1 to a 2, +2 speed (OK, that’s genuinely useful), or +2 to Science rolls (more handy if you have a separate Science Officer and Engineer – if one person’s doing double-duty, not so much). Still, at the point in the fight I used it at, it seemed like the right call.

In Steve’s post-game, he took us to task a little bit for not thinking of boarding or being boarded. I’ll meet him in the middle on that one. I actually did initially think that surrender might have been the right play, but events kind of overtook us before I could present it as a serious option. I’m not sure it would’ve ever occurred to me to board them, though. I suppose some of that was the general mystique of the Azlanti – if these guys are so tough and technologically-advanced, that’s a suicide mission, right? Though in fairness, I’m also going to give us a pass because of unfamiliarity with the ruleset – we already only play starship combat once every 2-3 months, and the rules for boarding are even on the outer fringes of those rules. Also, some ships like the undead “motorcycles” don’t even make that a viable option.

I also just don’t know the nuts and bolts of how it works: Do we beam over? Throw on our suits and do an EVA? (Oh God, it’s going to turn into the battle scene from Moonraker!) Does anyone have to stay behind and mind the ship or can we all go? Can they keep firing on the Sunrise Maiden while we’re making our way to their bridge? So many questions. Guess I gotta crack a book and check it out.

I wanted to say I was pleased with the amount of conversation that last week’s column generated on our various social media haunts. I was, however, a little surprised so many people want to do away with ship combat entirely. I guess I feel like there’s something iconic about a good space battle that would make me reluctant to throw the baby out with the bath water. Can you have compelling sci-fi without starship combat? Sure. Blade Runner? No ship combat. Doctor Who? Generally no ship combat. Even half of Trek episodes don’t ever take the Enterprise to yellow alert. Looking at Paizo’s published material, some of the Society adventures don’t even touch ship combat and are none the worse for it. But it does seem like a concept worth preserving, even if that translates to “for the time being, house-rule the shit out of it until it improves”.

At the end of the day, I suppose one way to look at it is that it’s a mini-game within the larger game that doesn’t totally click. You wouldn’t throw Witcher 3 in the garbage because you’re not digging Gwent.

Well… either way, we’re done with it for the time being. Next week we get off the Sunrise Maiden and begin our explorations in the Nejeor system. Cultists! Corpse Corps! Other people starting with the letter “C”? Who knows who else might be waiting for us? I guess you’ll have to tune in next week and find out. In the meantime, feel free to drop by Discord and join the ongoing merriment. And don’t forget about the free trip to PaizCon 2019 contest (listen to the show for details)! See you next week and thanks for listening!