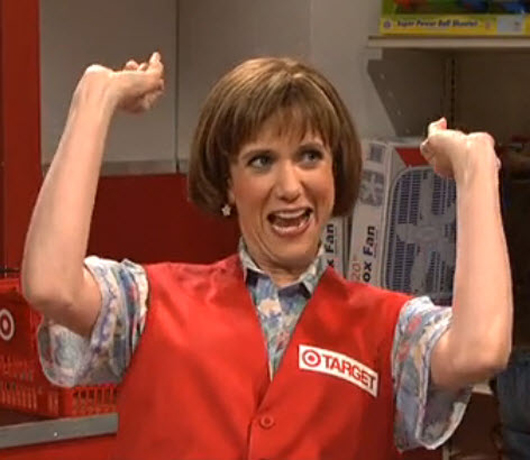 Jason recaps the events from Roll For Combat, Episode 045: One Is The Loneliest Number.

Before I get started on this week’s recap, I have to admit to some lingering pangs of envy – as I’m writing this, Ye Olde Social Media is buzzing with posts from GenCon, and boy it would be cool to be there. Unfortunately, GenCon tends to fall at a bad time of year work-wise, so I’m usually not able to get away – last time I went was probably 5 or 6 years ago, and even then, I got a little stink-eye from my boss at the time. In one of life’s little ironies, my son is going to be there with his mom, so perhaps he can enact my lifelong dream of diving into the dice bin at the Chessex booth like it was the ball-pit at Chuck E. Cheese.

We start this week with an unintentionally anti-climactic cliffhanger as the leader of the cultists we’re fighting blows up the roof… and mostly just succeeds in killing herself. Oops. Honestly, that’s something that’s the sort of thing that usually happens to us, so it’s nice to see it happen to the bad guys for once.

I have to admit I remembered this battle a little differently – it tends to be a few weeks between recording and air date – and thought the explosion was the climax of the fight; I actually forgot the sidekicks were still alive and the battle continued. Still, we were able to make reasonably quick work of them and Tuttle even collected a rare kill-shot.

First, I’m going to have to figure out some way to inject more offense into Tuttle, if that’s possible. I don’t know if that’s a new weapon, or maybe even a new weapon proficiency (longarms, maybe?), but doing 1d4 with an entry-level azimuth laser pistol is kind of a drag, and even the Overcharge doesn’t really add much. Yes, I suppose CHDRR’s damage also goes into my overall “column”, but still… I want to feel more useful than I am.

Take it with a grain of salt though – some of this is the ebb and flow of the adventure, and the restrictions of this adventure in particular. In general, challenges increase as you go through a segment of the adventure path, while your character stays the same unless you level up or find items that improve you. So there’s a little bit of truth to the idea that you get comparatively weaker as the adventure goes. Specific to this adventure, there’s no way to go back to town to spend on upgrades even if you wanted to. Nor does Amazon deliver this far out into the jungles of Castrovel.

The other main thing I wanted to ruminate on was the bad guy using suicide tactics against us. I suppose it’s fine on a roleplaying level – it makes perfect sense that an evil death cultist would blow themselves up to take you with them, especially if this is an underling and not the final boss – but I keep feeling like there’s something a little cheap about it. It’s hard to put my finger on it, something about the fact that it’s easier for GM-controlled creatures to do because the GM has quasi-limitless resources (in terms of additional encounters) whereas we don’t. If we set off an explosion that damages everyone just to take out an enemy, we have to carry the consequences until we reach the next break in the action. If the GM does it, the next encounter gets to start with a fresh slate.

On the other hand, it’s not like we can’t do it at all – remember me trying to blow up the akatas by dropping a grenade on our own position? It’s still available as a tactic; we just have to pick our spots more carefully. I also suspect “one final blast” is baked into the calculations for the encounter as a whole, so it probably helps explain why they weren’t all that hard to kill. Also, more to be fair to Steve, he also sometimes has enemies surrender instead of forcing us to grind them down to zero, so I suppose it all comes out in the wash eventually.

After dealing with the rest of the cultists, things kind of settle into investigation mode. We finally begin to get Dr. Solstarni back to normal by getting her into some climate-controlled armor and letting her talk to Wahloss, so that’s good. She gives us a little info about the cultist leader, named Tahomen, and Solstarni drops quite a few hints that he’s not actually here; that we probably have to go up the hill to the northwest to find him.

I guess I was surprised we didn’t find more… something; I figured that the Temple of the Twelve itself was the final destination. I was kind of assuming the final boss would be here in the temple (I was expecting some sort of basement with a ritual chamber or something), or we’d find something more definitively useful in the library, or (my personal pet peeve) that Dr. Solstarni would have some sort of tools for dealing with Panelliar. Instead, we get a bunch of mostly empty rooms and a trip to the ancient elven equivalent of the Hayden Planetarium. The astronomy dump seems like information that will be useful getting to the next step – meta-gaming: these feel like links to Book 3 – but doesn’t do us any good in the here and now.

And we find a trap, which Hirogi fairly easily detects and defuses. Which is kind of funny, because during the cultist fight, I actually considered looping around – through the trap area – to try and get flanking on them. I didn’t do it because I figured it would take way too many rounds and the fight would end before I got there. But if I’d done that, I probably would’ve set the trap off and melted my face off or something. Bullet dodged, figuratively and perhaps literally.

Toward the end of the episode, the gameplan seems to be to leave Solstarni and Wahloss here to start doing some research while we go up to the northwest and deal with Tahomen, the cultist leader. Maybe the ritual chamber we were expecting to find is up at the top of the hill, I guess? I guess we’ll find out next time. We seem like we’re in pretty good shape for a fight, though CHDRR took a bit of a beating and is around half-health, even with a short rest. And that seems to be where we’ll pick that up next week.

I’m probably going to punt on Steve’s GM tip. I don’t GM much at all, so I’m not in much position to improve on the tips he offered. I’ll probably jump in next week when he talks about what the players need to do to prepare. (Step 1: put on pants. Maybe.) The one thing I will say is that I’ve always felt like the GM gets a bit of extra deference whenever a group is deciding scheduling matters, and when you hear what Steve has to do to get ready… that’s why. Steve’s the one that has to do all the heavy lifting; for the most part, we just have to show up. Wearing the aforementioned pants.

I’m going to wrap this one up early. Between getting the Starfinder Armory and Pathfinder Playtest reviews ready in time for GenCon, I did a lot of writing a lot this week. It’s not so much that Steve keeps me chained to a desk in his basement and I’m applying for martyrdom; I just have this feeling that this week’s Talking is going to get swallowed up by bigger and better things.

So… if you’re going to GenCon, have a fantastic time, and if you’re not, hop on our Discord channel and join me in pouting at all the photos people are likely to be posting. Beyond that, see you back here next week where we have to be closing in on the end of Book 2 of Dead Suns.