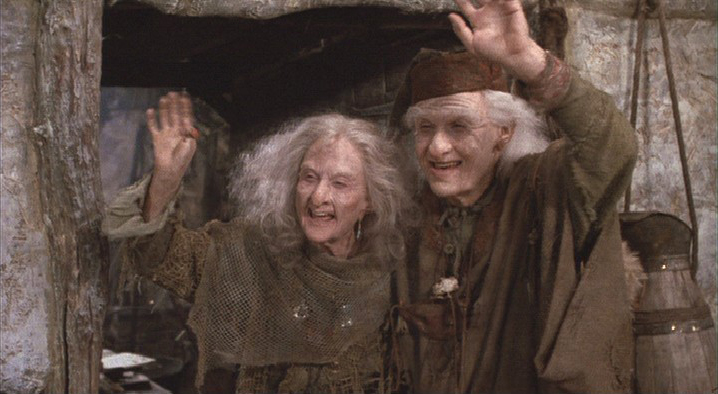 Jason recaps the events from Roll For Combat, Episode 029: Besides, You Know What A Cautious Fellow I Am.

On the surface, it’s “another shopping trip” this week; however, this week’s trip to the store represents a different sort of puzzle from our last grocery run.

When civilization is close at hand, shopping is a pretty straightforward exercise: upgrade your personal gear, and then pack in a few consumables around the edges if you need them. And that’s what the last shopping trip represented. But that’s for the scenario where it’s going to be fairly easy to get back to town. Consider the Drift Rock – at least until the Hippocampus was stolen, we were never more than a few hours from home, and even then, we probably had the option to call for an emergency extraction.

This time, though, we’re headed out to the middle of nowhere, we don’t know how long it will take to travel there and back, or what “there” represents – are we going to face a multi-day dungeon delve, or is it going to be staring at the alien runes for three seconds like Chevy Chase looking at the Grand Canyon in National Lampoon’s Vacation, and then we head home? And how long will that take – will we have to do a full retrace of our steps or will Deus Ex Machina Airlines provide us a quicker ride home? Also, we have challenges we haven’t really faced before – poison and disease are hinted at by Zan’s notes, there’s a hot jungle climate to deal with, and for once food and ammo management are going to be a factor. In short, the dangers of screwing up inventory management are pretty high, and could even cripple our game.

The other thing that concerns me, which we can’t work around? Being reliant on Wahloss to translate for us. I don’t know if there’s any foreshadowing embedded in Steve’s comments or the decision to give us an NPC helper, but it seemed like it might become relevant. We’re heading into elf territory, none of the core party speaks it, and our grad student translator is kinda squishy. One of the nightmare scenarios is that we lose Wahloss, arrive somewhere where we needed his language skills, and are painted into a corner. So I really don’t know what you do about that. I guess I could look at having Tuttle add a language if/when we level next – I’m OK with the idea that he’d bring along Elvish For Dummies to read in the tent at night.

And ohybytheway, there’s still also a reasonably large enemy force that’s headed for the same destination and has a head start on us. The informant said they had 15 people – one of those was Solstarni, and maybe a few others might be non-combatants, but that still leaves us 10 or 12 potential enemies (…“on the 30th floor of Nakatomi Tower. They’re very slick, and well-financed”…). So not only do we have to deal with all the challenges the jungle throws at us, but we still may need to win a battle where we’re outgunned two or three to one.

In other news, between becoming the custodian of the Stitchspider and the group purchase of the med-kit, it sounds like Tuttle has semi-officially added “team physician” to his list of duties. I guess I’m cool with it, though I’m not sure if I’m going to officially lean into it and take abilities that help with medical skills as Tuttle levels up. If I do, I might also see if I can rescue the needler pistol back from… Hirogi, I think?… and start shooting people with healing serums during combat.

Now let’s shift gears to the GM tip. How do you keep a long-running campaign going?

I think a good 75 or 80 percent is just basic respect for each other and developing a common understanding about people’s time.

At some point, most of it circles back to common courtesy, and if you don’t have that, it’s probably above the pay grade of a gaming column to develop your basic life skills.

I will add a few more concrete suggestions to the conversation, though.

First – I’m not trying to kiss Steve’s ass by saying this, but I’ve always felt like the GM – and/or the person who’s physically hosting in the case of a face-to-face game – deserves a little bit of extra consideration when it comes to scheduling. They’ve got a tougher job than Joe Player, who usually just has to show up and start rolling dice. Up to a point, if the Founder of the Feast needs a little extra accommodation, it’s probably nice to give it to them.

Second, I wanted to amplify Steve’s point about playing something else every once in a while. Maybe have a second adventure you dip into every few months just to break things up. (Or heck, even step away from roleplaying games entirely and play some Catan or Cards Against Humanity or something.) Above and beyond giving everyone a breather from characters and a story you may have been playing for months or even years, it might give you a chance to let someone else try their hand at GM-ing or it might serve as a way to give a new face or two a seat at your table to see how they gel with the existing group.

At the risk of stating the obvious, that’s one of the secondary reasons we decided to start mixing in Society play here on the podcast. Yes, at the end of the day, You The Fans were asking for it, but it also gives us that means of cleansing the palate for a session or two (a wafer-thin mint!) and a way to bring in special guests in more meaningful roles. And if you think about it, Society play is almost tailor-made for this. You can usually run a Society adventure in one or two sessions, and they’re only loosely connected so if you want to bring in a new player or even if a core player wants (or needs) to take a break, people can jump on and off the train with little disruption. And then we can get right back to Tuttle’s plans for world domina… did I say that out loud?

I don’t expect we’ll ever see a guest GM, though. In addition to the logistical considerations – running the game server and the podcasting software – I’m pretty sure Steve just loves torturing us too much to give up the conn. You can have his GM Screen when you pry it from his cold dead fingers!

Well, that’s all I have for this week. Join us next time, when we back up all that gear and hump out into the bush. What will we run out of first – food, ammo, or half-baked Platoon references? Tune in and find out.

On a personal note, I’d like to end with a birthday shout-out to my son who turns 14 today. Let this be the year he learns how to play a rogue properly and takes full advantage of sneak attack damage instead of just charging at stuff like he’s playing a pally in full plate. Still a great kid, though.