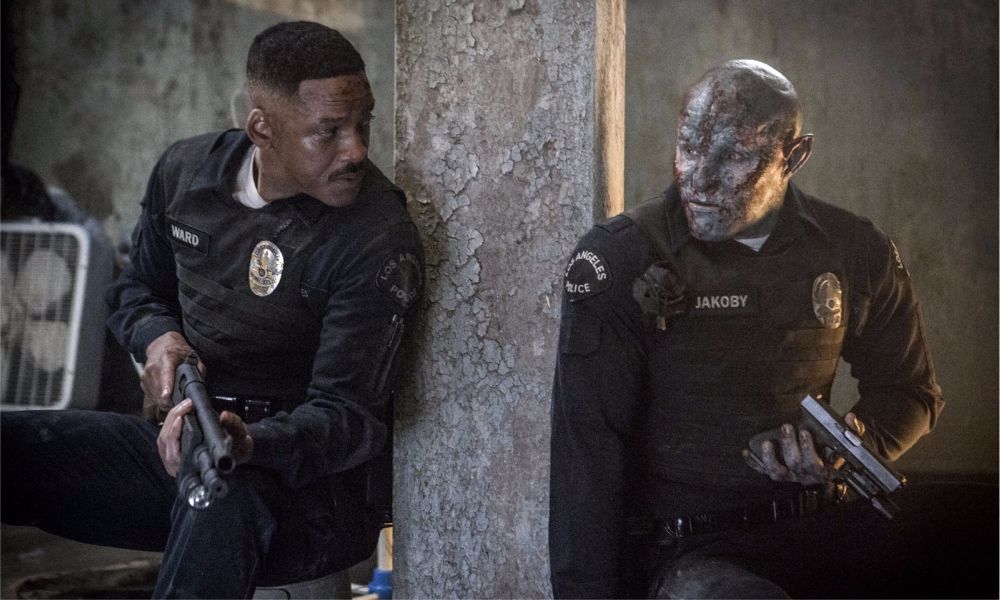 Jason recaps the events from Roll For Combat, Episode 028: Six Degrees of Investigation.

This week’s Talking Combat is brought to you by a haze of live music (Rhett Miller of the Old 97s was in town), Stella Artois, and midnight Taco Bell. (“Midnight Taco Bell: It’s This Or Cannibalism”). So if it’s a little rough around the edges, I’m not usually out this late on a school night.

So let’s talk about adding live NPCs to campaigns. Overall I agree with the general premise of Steve’s GM tip, and our special guests here on Roll For Combat have been great. (Well, Thursty got shot after delivering two lines, but that’s the story’s fault, and he pretty much carried the Episode Zero leading up to his NPC’s untimely demise). Selfishly, I suspect I’ll always be partial to John Compton’s visit as the benevolent mad scientist behind Extra-Sharp CHDRR, but Rob and Jason did a great job as the cops and added a lot to this particular chapter of the adventure.

From a gaming standpoint, I got what I wanted out of the encounter. Tuttle got chances to put his relevant skills to use on the investigative side – checking the computer, detecting the tampered security footage, etc. OK, I would’ve preferred not to fail a roll and have to ask the cops for help, but that’s Tuttle’s ego not wanting to have to ask “lesser minds” for help, not mine. But once we found the lead and staked out the T.D(esna).I. Friday’s, Tuttle would never have been the one to take the lead interrogating a suspect anyway. That’s Mo or Rusty’s thing. At best, CHDRR could have revved his chainsaw wings menacingly. So letting Jason and Rob drive that section of the adventure. Cool. Pop the popcorn.

And I agree with Steve’s overall point that live NPC’s can be a wonderful way to spice up a campaign when done right. Sometimes the player-GM dynamic can get just a wee bit predictable, especially in a long-running group. You know a lot of each other’s tricks. (“You’re not going to like this” when spoken in combat is Steve-Speak for an incoming crit.) Most GMs don’t have that many go-to character voices and eventually exhaust them. (Unless your GM is Gary Oldman – THE MAN’S A CHAMELEON!). Patterns start to set in. Having an “outside” voice come in and disrupt that dynamic a little bit can be just the breath of fresh air a campaign needs. Besides, consciously or explicitly, GMs tend to want to keep the story on the rails, and sometimes an outsider dragging the story off into the weeds for a few minutes can really liven things up and create interesting moments that aren’t on the page. Sometimes those are moments you remember months later when the game is in the rear-view mirror and you’re on to something else.

However, here’s the place where I’m going to splash a little cold water on the premise and offer a few qualifying comments.

First, there might be a temptation to use live NPCs as a way of introducing a new player to the game. It’s a short commitment, the character is already built, they can drop right in… what better way to show them how Pathfinder or Starfinder works, right?

Yeah… don’t do that. If you want to test how an experienced player who’s new to the group gels with the group dynamic, that’s one thing. If you want to break in a total novice to the game… there are better ways to do that.

First, it’s unfair to that new player because it’s shortchanging them and not giving them the full experience. It’s easy, and it’s convenient for the existing group, but it’s not going to showcase what’s best about the game. Railroading a new player into driving a character concept they may not care about isn’t going to get them invested, especially if the GM is limiting their autonomy by telling them what plot points they might be required hit to stay in the lane. Steve doesn’t do it this way, but a GM who goes the “STAND HERE. SAY THIS.” route isn’t going to create a new convert. A player’s first time should focus on showing them the possibilities and letting them explore the sandbox, not telling them what narrow path they need to walk. Run a proper introductory adventure for them.

But I’ll say it… at the risk of being selfish, it’s a little risky for the existing group too. I don’t want to treat a campaign like it’s some sacrosanct thing that is ruined if it’s touched by impure hands. And I don’t think one subpar NPC performance can totally derail a campaign – heck, there are times when the GM makes poor choices and hands the players a clunker of an NPC that doesn’t resonate. But there’s a lot of time invested in a long-running campaign, and that should be respected. Every campaign is an ever-growing Jenga tower of improbable dice rolls and questionable decisions, and if you’re going to invite someone to pull a block, you might want to tap someone who understands which blocks to pull and where to put them back to make the next step easier.

I will also say, I think – even with experienced players – this sort of thing works better for non-combat/social encounters than for combat. For starters, combat contains its own excitement – I’m not sure having some other person shout various one-liners between dice rolls adds that much. Second, for some players, combat is the engine driving the rest of the game, and building a character that can endure the challenges posed by combat is a lot of the reason we’re doing this.

If you let NPCs be part of that… I mean, we joke amongst ourselves about kill-stealing, but bringing in some outsider to get all the best combat moments really would start to feel like taking something away from the experience. Take Clara-247, the operative we met on the Drift Rock. Clara-247 as an NPC helping us get over the hump is one thing – I view that in the same light as the GM balancing the encounter in other ways. If Steve were to have imported someone else to play Clara-247 and that person was racking up all the kills… that would’ve felt like robbing us players of the very accomplishments we’re trying to earn for ourselves. To whatever extent one believes the “battle simulator” is the core of the game, letting someone else win the battle feels like a misstep.

OK, let me add an addendum. I would say don’t let someone drive an NPC who’s HELPING the party in combat. If you want to let a new person drive the bad guy? Add some fresh energy to that mustache-twirling fiend we’re supposed to beat down? Heck yeah. THAT could be a whole lot of fun. Lobbing back into Steve’s court, that’s a question of how much control the GM wants to surrender: boss-battle set-pieces are where they get to have THEIR fun beating on us players and an NPC screwing up a major battle as the bad guy… that really could derail the campaign big-time in a way mishandling a few Bluff checks never could.

So anyway, it sounds like we’ll be wrapping up city living and heading into the wilds of Castrovel for a jungle trek. The bad guys have kidnapped Doctor Brody… err… Solstarni… and have a few days head-start on us. (I don’t mean to keep making Indiana Jones references, but it’s a common language.) Time to formulate a plan worthy of South Park’s Underpants Gnomes – rescue the doctor, decipher the runes, ???, profit. Let’s do this!