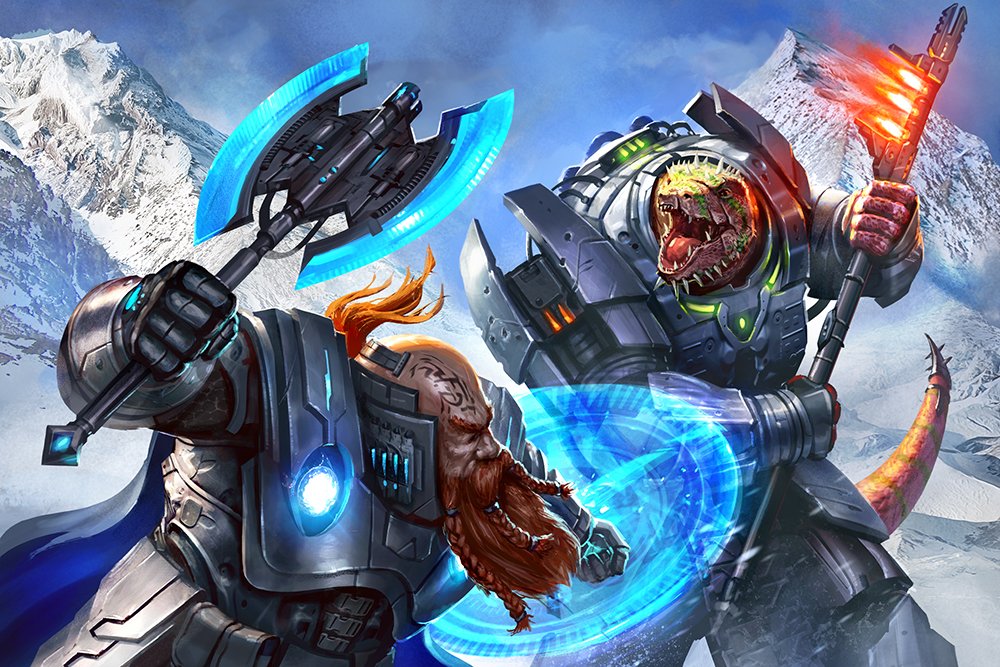 Jason recaps the events from Roll For Combat, Episode 019: The Darkness Strikes Back.

I have to start this session with a bit of a confession, coupled with a shout-out to our listener community. We got an email from a listener named “Kaleb,” pointing out that as part of the “Moxie” racial ability, ysoki don’t suffer the -2 penalty and flat-footed conditions that come with being off-kilter. “I am wondering if the good doctor or Jason will remember that fact in the coming combat.”

I would love to sit here and say “I knew that,” but I have to admit I forgot. To my (partial) credit, I remembered the part about being able to stand up from prone as a swift action, but the off-kilter thing didn’t quite stick in my brain the same way.

The first takeaway is a tip of the cap to Kaleb for pointing it out. We do read your emails, and we appreciate the feedback, even if it’s to point out when we’re doing things wrong.

The second takeaway: since there’s a lag between when we record episodes and when you hear them, my ignorance of that particular rule is going to continue for a couple more sessions. What can you do? Welcome to the linear nature of time. (Though Tuttle has some interesting theories on that topic.)

Third takeaway: now that I’ve been set straight, you can fully expect some “Tuttle The Ysoki Pinball” hijinks once we burn off the episodes that are already in the can.

With that out of the way, let’s talk about this episode.

I’m going to be honest and talk a little bit about the elephant in the room. I have to admit this episode was frustrating to play because of all the chippiness within the group. You’ve got John getting frustrated at taking damage and feeling like no one was helping him (and I get it that the enemy doing an attack of opportunity and then immediately surrendering on her turn was a particular kick in the jimmies – kind of like a boxer punching after the bell). We had another instance of Chris doing his own thing, in this case going against the party to side with his new operative “friend.” You can hear Bob getting frustrated at the general indecisiveness and lack of forward motion, as well as people going back and asking questions already answered and re-litigating decisions we thought we’d already made. Me, I don’t know that I was mad at anyone or anything in particular, I just got kinda quiet and withdrawn – though I did clearly throw a little shade at John with the (paraphrasing) “if he’s busy drinking a potion, he won’t be complaining” line. It wasn’t our best night regarding group cohesion.

I think it was just one of those “perfect storm” things. We’ve certainly had combats that have gone worse – I would argue that the akata fights back on the Arceon were more of a cluster(fluff) than this one ended up being. Chris has always had a penchant for cutting free of the group and doing his own thing; it’s part of what he brings to the table, and there are times when it’s a lot of fun. Bob always tends to be the most organized one of us, and it’s not unusual for him to drag us back on task when we start to meander. In isolation, they were all normal behaviors and nothing out of the ordinary. But I think the key is it’s usually one or the other, not all three at once. I feel like it was the combination of all three in the same session that really made us struggle.

Please don’t read those previous paragraphs as “I’m beyond reproach, and they screwed up the session.” I’m sure I wasn’t at my best either, and if you ask them, they might have some valid frustrations with my play as well. I’m just not self-aware enough to pinpoint my own flaws, nor would I want to put words in their mouths.

I do think some of John’s frustration comes back to group composition and our lack of a traditional healer. Sure, it also hasn’t helped that his healing serum rolls have been terrible, but I think maybe when he built Mo, he was expecting more of a Pathfinder tank experience where someone else would be dedicated to keeping him upright. Or maybe this is a low-level thing and becomes less of an issue as we get access to more powerful technology – better armor and upgrading to the next tier of healing potions might help a lot. I do have to agree it’s a little frustrating how rarely enemies seem to miss in this game.

Chris being Chris… it’s just how it is. Sometimes I think he just enjoys being contrary for the sake of seeing where it leads. Though I will say, going back and listening to the episode later, it did seem like Steve was trying to gently steer us toward accepting her help, so maybe Chris was on the right track wanting to let her keep her weapons. I was trying to take a middle path on that one – I saw value to reaching some sort of truce with her and not treating her completely as a prisoner, but I also wasn’t crazy about giving a weapon to someone who already tried to kill us twice unless it was absolutely necessary.

As an aside: going back and thinking about the timeline, it’s a little goofy. Since she was the pilot of the ship we fought on our original trip out here, and we spent several DAYS dealing with Rusty’s space rabies, that implies she was hanging out on the Drift Rock all that time? I realize androids can survive in a vacuum but still, that seems like kind of a long time to just hang out. No wonder she was cranky.

Bob’s the one I fault the least – over the years our dynamic has just kind of settled into a place where Bob does the Adulting for the group, taking notes, keeping an eye on the clock, etc. It’s a thankless job, and we sometimes don’t make it easy for him. I’ll admit even I got annoyed when… Chris, I think… asked the same question that Steve had LITERALLY just answered two minutes earlier.

One listener on our Discord channel called it a “fight,” I admit things got a little testy, but I wouldn’t go that far. I’ve been in gaming groups where the game literally came crashing to a halt, and people stopped talking to each other for a few days. I don’t think I’ve ever been in a situation where punches were thrown, but I had a lifelong friend swearing a blue streak at me for like five solid minutes because he felt it was my fault his character died in one of our campaigns. This was just a little bit of releasing the ol’ pressure valve to blow off steam. At the risk of giving away spoilers, we’re all still on speaking terms.

The Unintentional Comedy moment of the evening went to my attempt to chuck the Downside Kings membership card into the middle of the battle. There was a method to my madness – since the ship itself was owned by the Hardscrabble Collective, I was thinking that perhaps she was a survivor of the original crew or an agent sent by that faction to see what happened, and that showing our alliance with the Kings might get her to stop shooting at us. (And if she was an Astral Extractions agent? Well, it’s not like she could shoot at us any more than she already was.) So it seemed like a good idea, but in execution, it turned into the scene in The Fifth Element where Bruce Willis tries to get the deaf guy to push the gun over to him, and he rolls over the completely useless billiard ball instead.  Go ahead and assume I waved and gave Mo a cheerful thumbs-up after doing it.

Of course, not sure how we got this far without talking about it, but this was also our first real exposure to zero-G combat, and… yeah, it’s pretty much going to suck. Well, Hirogi will probably be fine, but I’m hating life right about now. Basically, if you don’t have Acrobatics or Athletics as a trained skill, your choices seem to be “move so slow that you get shot to pieces before you ever get into melee range” or “bounce around like an idiot, turning your character’s likely death into a slapstick routine.” Is there a third choice? Neither CHDRR nor Tuttle is good at either one of those skills. Zero-G still doesn’t top incorporeal enemies as my Least Favorite Thing Ever, but when we get back to civilization, I’m clearly going to have to burn some credits on gravity boots or a jetpack or something.

Looking ahead, the merry band grows larger – we now have two goblins AND an android following us around – but we still haven’t really fully cracked the mystery of what happened to the remainder of the crew. Given the state of the guy we did find, it can’t be good, but hopefully, we’ll soon have some news to report. Also kinda hoping Nor offloads his goods and sends the damn ship back for us – I don’t relish the prospect of driving up to the gates in a ship that’s supposed to be in quarantine.

Anyhow, that’s it for this week. Feel free to drop us a line and let us know what you think. Maybe you have some thoughts on zero-G combat now that you’ve seen it in action, maybe you have an out-of-the-box idea for dealing with our new frenemy that we didn’t think of, or you’re welcome to share your own horror stories of that “nightmare” gaming session where everyone was ready to drop the gloves. We’d love to hear from you!