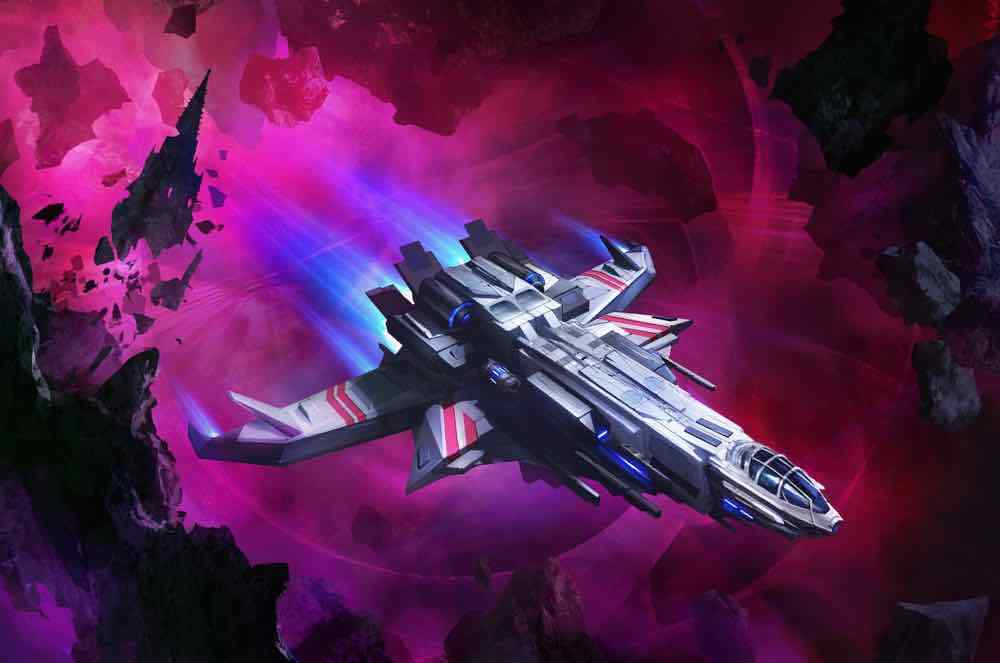 Jason recaps the events from Roll For Combat, Episode 018: Nuthin’ But a ‘Zero-G’ Thang.

As Paul Harvey says (and boy, I’m dating myself with that reference), “now you know the rest of the story” on CHDRR’s rebuild.

I talked an awful lot about CHDRR last week, so I want to be careful about not just regurgitating last week’s column. After all, we do have other things to discuss and I don’t want to get obsessive about it. But now that we’ve had the reveal of his character sheet (well, part of it, anyway), we’ve got actual details, and… he’s awesome, right? I mean, he’s not game-breakingly powerful, but he’s got some fun new stuff to play with. The tactical razor-bat and junk cannon feel more like incremental upgrades – same basic damage, they just have a cooler crit now – but the chainsaw wings definitely seem useful, and darkvision will probably be handy at some point. Though if you’re going to ask me how CHDRR gets a vision upgrade from goblin ears… you’ve got me stumped on that one.

And then there’s THE BUTTON. Obviously Steve didn’t give me/us much new information in order to preserve the surprise but there’s one thing that can be meta-gamed out of the details we did get: if it can be used multiple times per day (up to INT modifier), that PROBABLY means the effects are smaller in scale – I would think something with BIG swings in outcomes would be a once-per-day thing. So I don’t feel like THE BUTTON is going to be some 10d6 portable supernova or anything. Glass half full, that probably also means a lower chance of wiping the party. I still think I want to be cautious with it, though. Given my luck with grenades, I’m sure that if there’s one disastrous outcome, I’ll find a way to roll it.

At any rate, back to game action, and we’re leaving the ship and heading to the Drift Rock, and our biggest challenges of this episode are environmental.

First, darkness. For once, in a refreshing change of pace, it’s not actually a problem for me since I have darkvision. To give a little bit of history, I tend to run humans or half-elves (Announcer: “Half-Elf – for when you want to be generically exotic, but don’t want to put a lot of effort into your character concept.”) so I’ve traditionally been the one bumbling around blind. It’s kind of nice to be the one that can actually see this time. Well, me and the goblins, anyway.

Zero-G on the other hand… yeah, that’s going to be a pain. Don’t get me wrong – I LOVE the idea from the standpoint of embracing what’s different about a sci-fi setting. Yes, there are environmental combat rules in Pathfinder/old-school D&D/etc. but they tend to not get used very often. Last time I remember doing anything like that was an underwater combat session, like…. 2, 3 years ago?

In terms of actually gaming in this environment? Ugh. This is gonna suuuuuuuuck. No guarded steps. Movement is pretty much “go in a straight line until you hit something”. And if you do hit something, straightening yourself out is based on a skill Tuttle isn’t particularly good at. And we‘re too low-level (cough-and-poor-cough) to have any sort of equipment solution, though maybe we might find something as loot. Maybe the remaining Arceon crew out on the Drift Rock have grav-boots or something like that. Just as long as they don’t have feet smaller than my sister. (Never a wrong time for a Die Hard reference.)

And ohbytheway, at least for the moment, we don’t have a ship anymore. Bye-bye Hippocampus! I’d been fixating so much on the goblins, I didn’t stop to consider the far more likely possibility that Gevalarsk Nor had some sort of auto-pilot that would return the ship to Absalom once he got his stuff. (At least I assume that’s what happened.) Should’ve done a computers check, I guess. I suppose there’s a small chance that the crate itself contained a stowaway (any chance it’s a young Famke Janssen?) and that person stole our ship, but even that would still just be a variation on the “Nor screwed us over” theme.

I’m annoyed we got caught with our pants down, and a little worried I might have to eat a little bit of “we were right” crow from Rusty and Mo about not opening the crate. Losing the ship itself doesn’t bother me that much… yet. For one thing, even if it is Nor, maybe he’s going to send the ship back after offloading the crate. I’m willing to hold out hope that he’s a net-positive guy but REALLY wants/needs the contents of the crate. There’s also the option of calling the Starfinder Society and seeing if they could arrange extraction — like… a space Uber or something. And if push really comes to shove, we have the Arceon itself – we’d have to break quarantine, we might have to cut it loose from the Drift Rock… but at some point, if it’s a choice between starving to death in space or racking up a few fines, I’ll take the fines. For the moment, I’m actually more worried that all our loot was on that ship – I had most of my gear on me, but we’ll be out an awful lot of Dog Metal Nuggets if we don’t get it back.

So no ship, no gravity, no light, dead Arceon crew members… and we end the episode with the ever-popular sound of combat. I guess next week we see how this zero-G stuff works when the bullets start flying. In the meantime, feel free to visit us on social media and let us know what you think about the adventure so far.