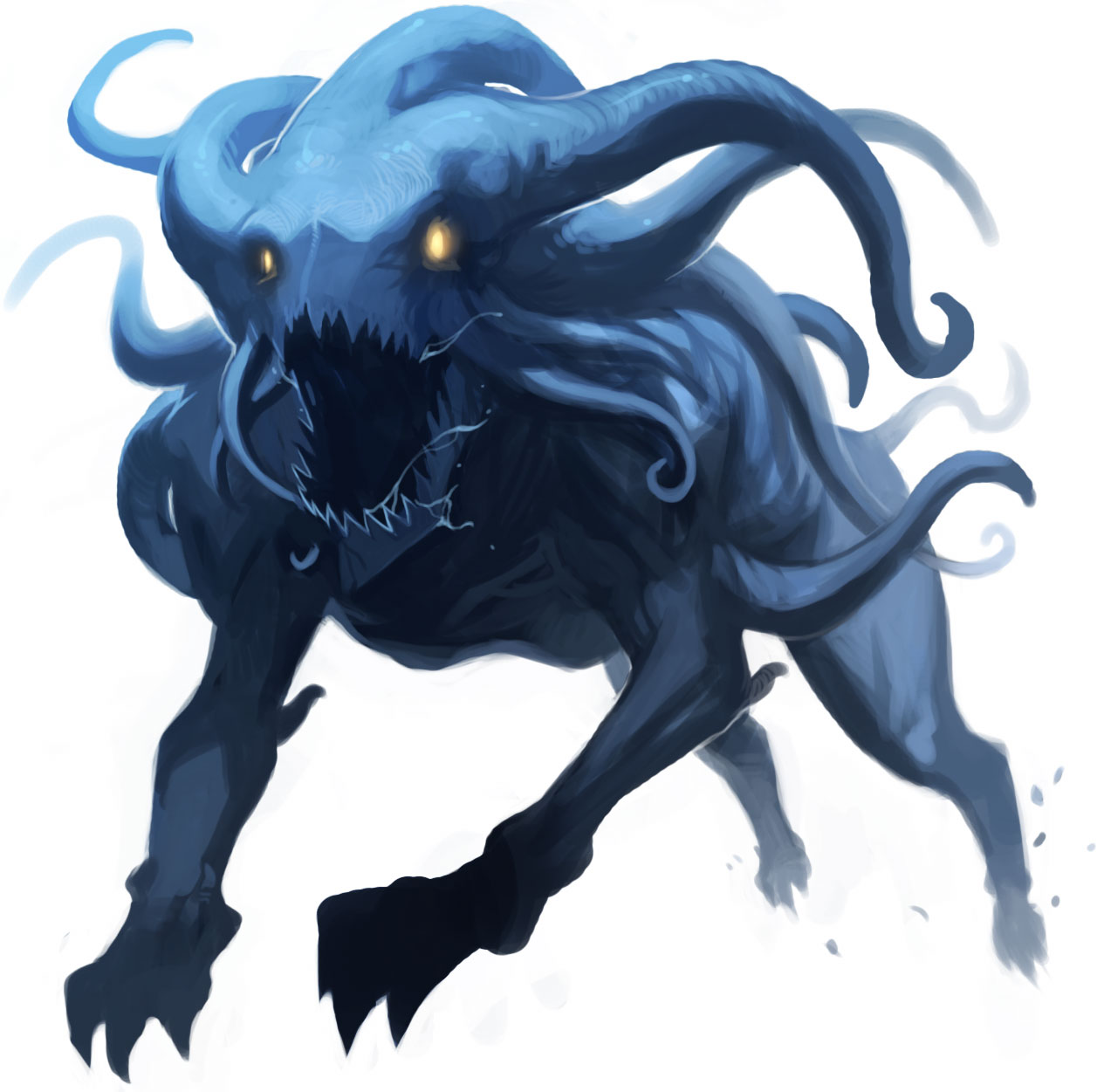 Jason recaps the events from Roll For Combat, Episode 013: Hair of the Dog.

This week, let’s talk about cannon fodder and The Slog.

At first, I figured the obvious choice was to dive into the differences, figure out what was new about this week and focus on that. But the more I thought about it, sometimes the sameness is part of the game too, right? Sometimes you’ve got these stretches where you have to fight what feels like the same battle over and over. To be fair – I don’t think TWO battles against the space puppies puts us into that territory yet, but it does make me think of other campaigns where it’s happened and of the topic in general.

The days of the Keep On the Borderlands “grab-bag” style dungeon where you meet a different creature in each room are mostly gone; most adventures have a story and a theme tying them together. And let’s be clear that that’s mostly a good thing – I’d much rather play an adventure with a cohesive story than, “you open the door, and there’s a… (closes eyes, flips to random page of Bestiary)… rust monster”.

However, the “downside” of a cohesive story and an overarching theme is that it imposes a bit of uniformity on encounters. Whether it’s orcs, lizardmen, fire elementals – or in this case space puppies – the story makes more sense if the lesser critters fit the theme and aren’t picked at random off a Shoney’s buffet.

The first time you fight that new creature? Everything’s new; you’re learning what they can do as you go, you feel the risk of a new challenge. Cool as hell.

The second time? You’re probably still working on refining your technique, seeing what you can improve on from the first time, and you still have to stay on guard because maybe the bad guy still has a trick or two it didn’t show during the first fight. Still pretty cool.

Battle six or seven? It’s like when you were playing with your Star Wars figures and “spiced things up” by putting Lando Calrissian’s cape on Greedo. IT’S A WHOLE NEW CHARACTER, DAMNIT!

So let’s acknowledge there’s the potential that you can end up in this groove where it starts getting pretty mechanical: your characters have the same basic tools, facing the same basic foes; it starts to feel like the only difference from encounter to encounter is resource management and the randomness of how the dice fall. Sometimes it’s a challenge to spice that up and keep it fresh.

Obviously, the one thing a GM can do to mix things up is vary the monsters, but that only goes so far. One ogre gets loose in the orc dungeon? Sure, I can believe that. After the third “chance” encounter, it starts to break immersion, and you start to wonder what sort of half-assed operation the Big Bad is running here. Is he operating some sort of Evil Petting Zoo on the side?

The other thing I’ve seen work from the GM side is to mix in a soft skill challenge to keep the encounters from getting too repetitive. If you’ve got to take a break from the fights to traverse a cavern, or find a secret door, or read some runes in an obscure language… even that little break can help. Probably helps if it’s not so difficult it becomes a show-stopper and becomes its own source of frustration.

The players don’t always have a lot they can do to mitigate such circumstances, but there are a few things.

In a bigger, sprawling dungeon, I suppose you can go looking for a different sort of fight. I doubt that applies here – the Arceon just isn’t that big, and there seems to be one main path to the bridge. But in other games, you get bored fighting what’s to the east, go fight what’s to the west for a while.

I suppose you can play around with roles and tactics in the party up to a point, but that has limits. I am NOT volunteering to have Tuttle tank these dogs with his knife. Change is good. Dying because you’re playing like an idiot is not.

The other thing our group has historically done in other games is pick up the pace and push our resources by fighting out at the end of our rope. You can’t change WHAT you’re fighting, but you can make the challenge more intense by running your spells and healing serums right up to the red line. I’m not sure we’re quite ready to do that here because we’re still learning these characters and the system, but you may yet see us do it down the road.

(Best recent example of this: if any of you have ever played the Emerald Spire, there’s a “thieves’ den” level, and we basically turned that entire level into one running fight. Sure, I think there were a couple moments where people dropped and had to be revived mid-fight, but it left us no time to get bored with the mostly-anonymous archer dudes we were fighting.)

The good news is that in this campaign, we’re not into the Slog yet. We’re still in that phase where the space dogs are relatively new, and we’re refining our techniques.

In particular, from my standpoint, Tuttle got to use his new Overcharge ability (add 1d6 of damage, but each shot takes 3 charges) that he got at Level 2. In the first battle, I had originally dismissed using the laser pistol entirely since the akatas were immune to fire; however, I thought about it between sessions, and if I pump my shots up, a good roll might clear the DR and do similar damage as the knife (1d4) anyway. Plus? ZERO chance of space rabies. And as far as battery charges, I have two on me, and there doesn’t seem to be any reason we couldn’t retreat to the Hungry Hungry Hippocampus to recharge if we had to. So it seems like it’s worth doing even if I occasionally roll low and do no damage.

Especially since I seem to suck at grenades. I mean, yeah, the corridor was so narrow my miss turned into a hit anyway, but still… I only needed a 5 to hit and still missed. Seriously?

And ohbytheway, since Hanukkah just ended and Christmas is right around the corner, I just wanted to say thanks again for listening these past few months, and I hope whatever holiday(s) you’re celebrating are happy ones.

Or… that you at least get good presents. Lucrative is good too.