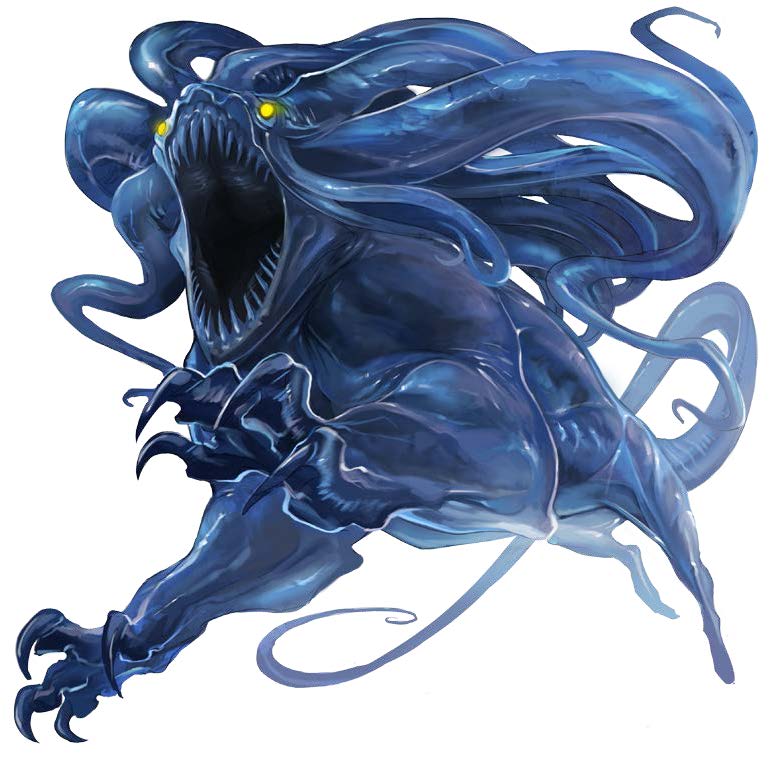 Jason recaps the events from Roll For Combat, Episode 012: Who Let the Dogs Out?

I’m not going to spend a lot of time on Steve’s rules tips, but I’ll throw my two cents about whether Steve is “for the monsters” or not.

There’s Rational Me, and there’s Emotional Me.

Rational Me recognizes that what Steve is “for” is good story moments and that sometimes comes across as being pro-monster. Steve gets excited when something interesting is about to happen, and a lot of times, what’s “interesting” is the party getting pushed to its limits by an encounter. So he’s not explicitly pro-monster; he just knows some big moment is coming and gets excited to see how it all plays out. The fact that it occasionally comes across as being happy we’re about to die? Pure coincidence.

Emotional Me? Full disclosure – Emotional Me sometimes wants to reach through the screen and strangle him. Every time he says “you’re not going to like this” with a gleeful twinkle in his voice (usually right before a crit) I lose a few millimeters of enamel grinding my teeth waiting for him to get it over with. Basically, I turn into Arnold in Predator: “JUST DOOOOO EEET! I’M RIGHT HEAAAAAH!”.

To summarize: most of the time, I recognize that Steve’s not bad, he’s just drawn that way. But sometimes, in the moment, I forget. We’re only human. Or ysoki, in this case.

So anyway… on to the game action. Dogfights. Last week, it was a Snoopy vs. Red Baron space-combat dogfight; this week, it’s actually fighting against space dogs. DO YOU EVEN WORDPLAY, BRO?

Big picture, it’s nice to see some actual monsters. Up until this point, we’ve been dealing mostly with humanoid types, so there’s been a little bit of a nagging feeling that we haven’t been squeezing every last drop out of the sci-fi setting. The undead guys pushed the envelope a little, but space dogs that hibernate in cocoons and then come out to feed? Now THAT’S what I’m talkin’ about.

I’ll also admit it’s nice to get back to the concept of a “dungeon” crawl, which is what this sweep-the-ship mission is shaping up as. Mixing it up with the gangs and investigating the murder was fun, but there’s nothing like exploring a labyrinth room-by-room, kicking asses and claiming treasure.

And yes, it dawns on me that those are two almost completely contradictory sentiments – on the one hand, I want more of the unknown regarding what we’re fighting; on the other hand, I want the familiarity regarding the general structure of the mission. Don’t ask me to explain it rationally — I’m not sure I can.

Anyhow… the good news? Well, the space puppies don’t seem to have any sort of ranged attacks, so selfishly, it’s mostly a matter of keeping Mo or CHDRR between Tuttle and the dogs. And definitely put me down as pro-“creatures whose husks are a form of currency”. I tip my cap to you, Paizo.

The bad news: they’re resistant to fire, so my gun isn’t much good, and space rabies. Yeah, yeah, I know… “void death”… it’s SPACE RABIES, dammit! I REALLY don’t want to have to get in there and mix it up with the knife – aside from the damage itself, to borrow from Austin Powers, fortitude saves aren’t my bag, baby.

The fight doesn’t go too badly, but it’s a little unnerving that Mo seems like the only one able to score major damage against them. I’m not sure how it’s going to go if we run into more of them at a time – picking them off one or two at a time seems tolerable, but “packs of 3 to 11” gives me a little shiver down the spine.

Grenades seem like they’d be the great equalizer in this sort of fight, but they only do 1d6 of damage, and if they’re strength-based, that’s going to be kind of rough for everyone except Mo.

And that doesn’t even count for the disease – if we start failing some fort saves, we could find ourselves in a mess pretty quick. I’m not sure which is scarier – the disease itself or the lack of tools to deal with it. I know they de-emphasized the role of a dedicated healer, but disease seems like one of the few places where it would still be nice to have one.

At least we now have some sense of what happened on board the ship. I assume the space dogs killed the crew, or maybe there are survivors locked in some other part of the ship that we have yet to discover. The fact that controls are locked out on the bridge makes it feel like maybe someone was waiting to be rescued, but I guess we’ll just have to work our way to the bridge and find out. Though that still doesn’t explain how the dogs got on board. Accident? Did someone smuggle them on board to scuttle the mission?

So there’s our marching orders for next time – continue to work our way to the bridge, try and find further signs of what happened, maybe look for survivors. I assume while doing all of that, we’ll also come across Gevalarsk Nor’s cargo and more detailed information about the Drift Rock in the process. We still have a job to do, after all.

As usual, feel free to drop us a line and let us know your thoughts. Are you looking forward to getting your first disease?  (Boy, let me find another way to phrase that….) Do you have a GM who’s a little too pro-monster for your liking? Give us a holler and join the conversation!