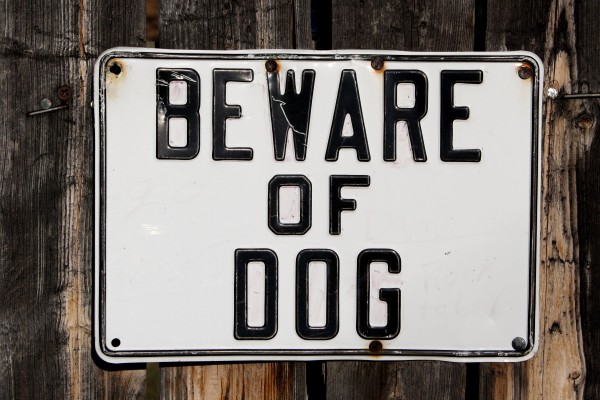 Jason recaps the events from Agents of Edgewatch S3|17: The Wayward Warriors.

It may surprise some of you to know this, but I have a soft spot in my heart for wrestling. I wouldn’t call it a “guilty pleasure” – I don’t go out of my way to hide it — but I’ll admit it kinda plateaued at a certain level. I never went to a show or ordered a PPV, but when I was travelling for my job it was always guaranteed to be on TV in whatever hotel I was in. I’d say I admired it in the same way one would admire stunt-work in movies: I never took the storylines all that seriously, but some of the athleticism required was (and still is, I suppose) pretty remarkable.

So we’re going to take a detour into wrestling terminology this week. Don’t worry… it’ll all come full circle and be relevant eventually.

First, there’s the concept of the “jobber”. The jobber is the wrestler you barely recognize who loses to the more famous wrestlers because they can’t have ALL the best wrestlers go head-to-head in a given show. The term came about from the days when wrestling was a smaller, more regional business: jobbers were LITERALLY local talent hired to augment the roster and lose to the stars brought in from out-of-town.

Related is the concept of the “squash match”. A squash match is a one-sided mismatch that ends really quickly, usually to establish the winner as a force to be reckoned with in future matches. These concepts are related because you usually want the loser of a squash match to be a jobber, or you’re wasting one performer’s credibility to enhance another’s.

So in this week’s episode, we’re entered into the Blood Games. And it turns out that we were ABSOLUTELY positioned as jobbers, and though it didn’t start out that way, we also got booked into what ended up being a squash match.

The central question of this episode is: were we always supposed to lose this fight, or was it just a case where some things went badly? I feel like it’s the former, and I’m not just trying to protect my own ego here.

On a pure math level, I’ll concede that there MAY have been a path to win. As I pointed out during the show, if you go by pure math, we were probably facing 1100 or so hit points, and the circus folk had just done an episode where they faced over 1400 hit points worth of baddies (though spread out over more, weaker creatures) and survived. And when I see Lo Mang putting up almost 100 points in a single round, it’s impossible for me to rule out that MAYBE there was a path to victory there.

And OK, it was a little point of personal joy to stymie the eberarks’ concealment by rolling out blind fight. I’ve had it for a few sessions now, but it’s never been relevant until now. As I said, I picked it up when we added free archetypes at Level 10; that opened up a few feats, and that was always one of my favorites in First Edition.

On the other hand, it did seem like things were stacked against us, like maybe we were supposed to lose just to get the games behind us and get on with the investigation.

The first guiding principle is the overall scope of our mission. We’ve been told we have one day to find Franca and the bomb. So that means no long rest, no going shopping mid-session… we’ve gotta make it through entirely on what resources we have, and I there’s an expectation that there’s PROBABLY going to be some sort of boss fight at the end when we find Franca. Meaning that if this OPENING fight consumes too many resources, you’re playing the whole scenario with one hand tied behind your back. At a meta level, it doesn’t seem like Paizo would do that to you.

The second reason I say that is the tactical analysis. One bruiser beast as part of a more well-rounded creature “party” could have been manageable. An entire group of bruisers feels like it’s meant to be overwhelming by design. Especially when one considers the battlefield: the fact that we’re fighting in an open arena means there’s no terrain we can use to manage movement, create choke points, etc. If anything, it’s even worse because the eberarks can use their fire trails to create defensive features (they’re immune to fire, we’d take 6d6 fire damage if we walk through it), but we don’t have anything like that unless we brought it with us.

And then there’s that fear effect. That basically steered the whole fight into a ditch we were never truly able to get back out of. Paralysis is one of the worst status effects in the game – you pretty much lose your whole turn except for mental skills like Recall Knowledge — and ALL FOUR of them conceivably had the ability to inflict it. The one saving grace (going back and reading the stat block later) is that once you get hit with this particular ability (Arrogant Taunts) once, you’re immune for 10 minutes. So it’s not like Steve could keep chain-paralyzing us; he basically got one shot at it. But for those of us who failed the save, that was really all he needed. Especially since Gomez – you know… the healer – was one of the ones who got it worst.

As a matter of technicality, I think Gomez could’ve sustained the mephit if he’d wanted. Yes, sustaining a spell takes an action, but it appears to be a mental-only action (no use of the manipulate trait), which would’ve been allowed even while paralyzed. Of course the mephit also failed its save would also have been paralyzed anyway, so sustaining a mephit that just lies there doing nothing would’ve been a pyrrhic victory at best. But it feels worth mentioning in case it’s relevant in some future fight down the road…

So it pretty much takes two rounds for the fight to completely go over a cliff, the party is half-dead, and our contact invokes the mercy rule and stops the fight. I could be petty and say Basil was mostly fine, but let’s be honest that once all four beasties turned their attention to me, that wasn’t going to last. If there’s a bit of silver lining to this cloud, it’s that we got our clocks cleaned SO thoroughly we really didn’t have time to waste any of our big guns. Better resource management through pummeling! So although the whole experience was a little humiliating, we ended up in a decent place tactically. At least it gives us credibility to hang out backstage and look for Franca and the bomb.

One idle thought I was thinking: it would have been interesting to see the Extinction Curse party play through this encounter. Heck, maybe that’s why “Wayward Warriors” popped into my head as a potential group name. When the game master talked about winning the crowd, I’d have been interested in seeing what that gang came up with, since they’ve been working performance into their characters from Day One. Also, more “rubber meets the road”, Hap’s inspire courage skill would’ve given them a slightly better shot of blowing through the paralysis and hanging in the fight a little longer. As it is, our big play to the crowd was Lo Mang somehow dodging an attack while basically out on his feet. Not the stuff of legend, exactly.

So next week, after we heal up and absorb the needling of our fellow gladiators, we get on with the reason we’re here, finding Franca and the bomb. Hope the rest of the fights won’t be as tough as this one was. As always, feel free to drop by our Discord channel or other social media and let us know what you think of the show. Thanks for listening, and we’ll see you next week.