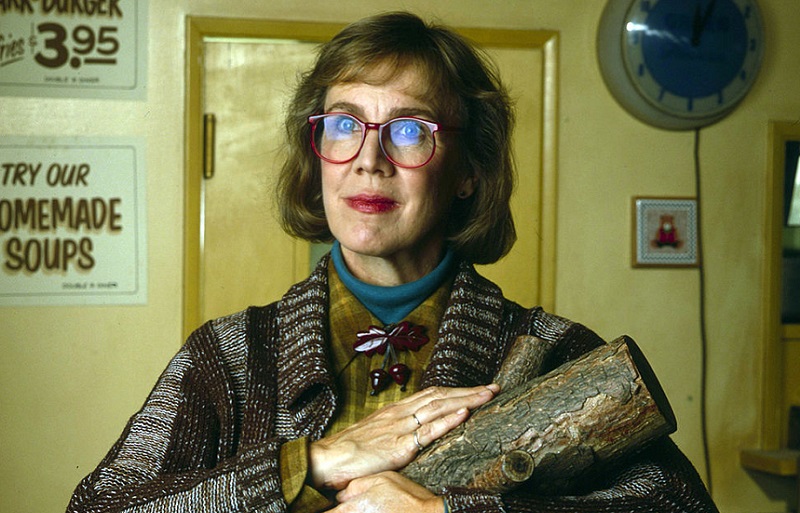 I’m gonna start this week by swimming in some deeper waters than usual.

I can’t be the only one who got a little twinge of discomfort about titling an episode after a 50-year-old sketch that basically mines the concept of gender dysphoria for a laugh, can I? I don’t want to turn this into a whole big thing about “THE CANSEL KULCHER”, but I mean… can we at least be honest that some shit doesn’t age well?

Please don’t get me wrong. I don’t for one second think there was any malicious intent in the choice; at worst a little bit of tunnel vision, compounded by trying to slam out multiple episodes getting ready for vacation. I know how choosing episode titles goes: find either a pop-culture reference or a play on words, and run with it. (Or for the advanced user: a wordplay that CREATES a pop-culture reference… like those nesting dolls.) And I’d be the first to concede Monty Python’s Lumberjack Sketch is probably the ONLY major piece of pop-culture dedicated to the forestry arts, and probably the single Python sketch best-known to casual/non-fans. So I can understand why it would leap to mind as an “obvious” choice. “Defense will stipulate”, as the courtroom drama TV shows say.

But if I’m going to have this little soapbox at all, I can’t just passively nod along with things: I have to be honest that I would’ve gone a different direction with it. Dead Parrot has aged like fine wine. Personally, I find World Forum to be underrated gem (“Wolverhampton Wanderers beat Leicester, 3-1” is the “Hamilton wrote the other 51!” of my youth). But let’s put Lumberjack up on the high shelf, shall we? Even if it does mean we have to dig deeper into our bag of “wood” puns.

Speaking of wood… holy crap did our crew “work blue” this episode.

Don’t get me wrong: this isn’t a complaint, more me expressing my surprise. I’m not some grumpy prude, and we never EXPLICITLY promised to be kid-friendly. But I have to admit I was a little surprised how much Steve left in the final cut. We’ve never really had a formal policy on adult content, but I think informally, we shoot for PG-13 – a little bit of swearing and innuendo, but choose your spots for it. It ends up working out like The Walking Dead – we get the equivalent of one F-bomb per season. Two cast members discussing their OUT-OF-CHARACTER aptitude for sucking… runes… seems like it’s out in “hard R” territory, and later there was a reference to “taking wood” that would’ve gotten a hearty “Oh My” from George Takei.

Again, I don’t have a problem with it. This is supposed to be “slice of life at a real gaming table”, and sometimes real people Go There. It’s just surprising to hear the envelope being pushed that far, given the overall tone of the show up to this point. A surprise that seemed to be shared by some people on the Discord channel as well.

The discussion of the… runes… of course, came out of Alhara and Ateran finding a magic bow amongst the spider’s victims; specifically an Oathbow. I won’t regurgitate the discussion that was already in the show, but I’d add two observations. The first is it also has the critical weapon specialization effect, which for bows, is to pin a target to a nearby surface, immobilizing them. Granted, only a DC10 to escape, but if allies can get an attack in first, that’s kind of handy. The second is a bit of clarification that might make the bow less powerful, depending on where you land on semantics. The reset for the oath says “if you kill the creature you’ve sworn an oath against”. So a) how specific is that “YOU”; if a party member gets the killshot, does it count? Also b) if you incapacitate them instead of killing, does THAT count? I was about to say Basil needs one of these in the Edgewatch campaign, but if it takes a week to reset because we’re taking people alive… maybe not.

It is interesting for me to watch Vanessa wrestle with a weapon that’s not really part of her character concept, because I went through pretty much the same thing with Basil. I was – and still am – in love with my sword-cane, especially once I got a unique one that can also apply poisons. So when I got a magic bow, I will admit to being a little skeptical. But once I started using it, and in particular, once I saw how well it played with the Investigator’s Devise a Stratagem, not only did I come around to loving it, but I also doubled-down by adding the Eldritch Archer archetype. I’ll be following this one closely to see what Vanessa decides. Though technically “it’s worth 1300g” is also a decision.

In terms of story, our team finally arrives in Turpin Rowe. The first thing we notice on the way into town is that the surrounding area is deforested, though I’m not sure I got a sense of whether that should read as “symptoms of a malfunctioning tower” or more generally conveying signs that this town is about industry and is overusing the lands a little bit.

Once our circus troupe arrives, we get a bit of a wrinkle, as they’re not really welcomed with open arms. Yes, they’re welcome to come to the Stump Festival and spend money, but the town mayor views the circus as competition, and doesn’t really want them performing during the festival. So that’s a little different. Certainly within this book, the circus has generally had free rein to perform; here, it’s “dig stumps out of the ground, we’ll get back to you in two weeks when the festival is over”.

Though, OK… mild potential plot hole: wouldn’t Opper Vandy have known that the people of Turpin Rowe were so insular and have communicated that to the players back when they first arrived on the island?

The other surprise is that the mayor seems indifferent to the fate of the tower, and doesn’t really see it as worth investigating. That suggests that MAYBE the xulgaths haven’t reached it yet, or perhaps they failed there as well.

On the other hand, the mayor DOES seem pretty fired up to have our heroes investigate the murders, so that seems like the best way to get themselves in with the townsfolk. We get a little bit of background, but the real investigation will begin next week. As always feel free to drop by our Discord channel or other social media and let us know what you think of the show. Thanks for listening, and we’ll see you next week.