The Sideshow S3|16: I Fought the Slaw and the Slaw Won - Roll For Combat 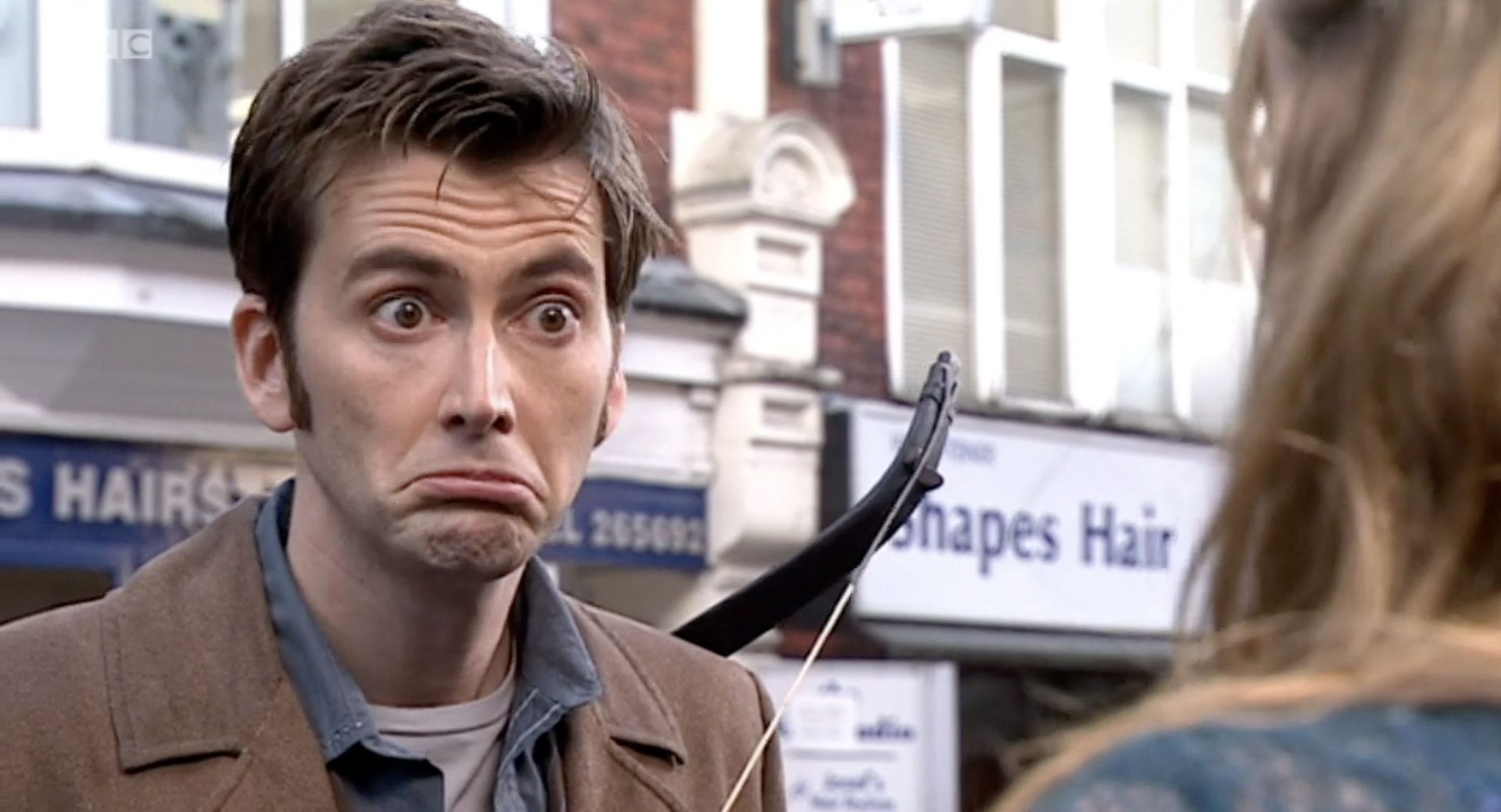 Happy new year and welcome back to Roll For Combat, circa 2022. We’re back from the holidays and it does appear that the Circus show is recording again: I snooped on the Discord channel for the game sessions and it looks like there was some new content posted Sunday night.

Now, did I hear correctly that Steve says I’ve got writeups on “every show ever”? I might have to hold him to that, because boy, do I have some thoughts on David Tennant Does a Podcast With… THAT JODIE WHITTAKER’S A FIRECRACKER!

This week, things just get weird and loopy, but we start with a small bit of “serious” gaming, as the team is briefly accosted by another fey creature that’s investigating the death of the satyr. Now, I feel like it’s a good thing a fight didn’t break out because if this thing slapped frightened 2 and doomed 2 on them right out of the gates, it’s probably kind of a badass. However, while Ateran failed their Recall Knowledge check to understand what the creature is, they got much better results on their Diplomacy roll and managed to convince the creature they were NOT the satyr-killers and avoided a possible butt-whipping.

Let’s talk about doomed for a second; it hasn’t really come up before (or if it has, I didn’t take particular note of it). Doomed is… in a word… awful. Because what it does is it lowers the amount of dying that causes character death. So if you have doomed 2, you’d die when you hit dying 2 (except for Darius who has the feat that gives him access to dying 5: he’d last until dying 3) and literally one crit could end your game. Even worse, if you stack enough points of doomed that your dying condition reaches 0, you die instantly, even if you have hit points.

Nevertheless, Ateran talks the party (and the circus at large) out of a sticky situation, and it’s crisis averted. For the moment. It feels like this stuff is meant to boomerang back around at some future date. Maybe it ties into the goings-on with the aeon towers or the mystery of the Night Lady. But you don’t just leave mutilated corpses tied to trees and not take it anywhere story-wise. It’s just not done.

So our troupe finally arrives at Castinlee, the closest town to the next aeon tower and the site of the next circus performance. And, apparently a haven for all manner of cabbage-related shenanigans. Did NOT see that coming. That’s right Steve’s all about cabbages tonight. The only real surprise is that the people who sing Secret Tunnel and/or greet people with “flameo, hotman” every other episode didn’t make an explicit reference to Cabbage Man from ATLA. HOW DOES THAT HAPPEN?

When not ruminating about the cabbages, the group does manage to score a little intel on the second aeon tower. Unfortunately the intel they get is that no one really goes there because a) there’s no reason to and b) because there are (clay) golems out that way. This time, Recall Knowledge is a little kinder to the party and they know they need to do water damage to be effective.

Now, there’s all sorts of interesting conversations that come out of this. The idea is floated to just use their new Aroden power, but that’s not really an ATTACK power, it just raises the level of an existing body of water. Are golems “Wicked Witch Of The West”-levels of sensitive to it, and pouring a cup on their heads would do damage to them, or does it need to be something with a little more oomph?

Then Alhara has the idea of filling a bag of holding – designed by Cabbage Klein — with lake water and dumping it on them in one shot. That’s closer to an actual plan… especially if dropped from above like a bomb… but still only one shot, and I feel like you probably want a more consistent source you can use multiple times like an oil or a weapon rune or something. Knowing how golems work, if you hit them with their weakness damage, you get a big damage spike, so you probably want to get that multiple times if possible.

The thing that would potentially be really interesting: is inviting the aquakineticist NPC along as an option? I don’t know if Steve wants to deal with that or not (Who would run the character? Do the NPC’s even have character sheets available?) and he might be kinda squishy and not effective in combat anyway. But it could make for an interesting dynamic. And OK… if Steve were to be open to taking the NPC characters into battle every once in a while, it would provide an avenue for bringing guests on the show. We used to do that more often – in fact, it was the guiding premise of the Black Lodge show – and haven’t really done it lately. (Worth mentioning: if you’re newer to the show, Rob Trimarco made his RFC debut as an NPC in the Dead Suns Starfinder show; he and Jason Keeley played a pair of recurring space cops.)

The group finally settles on a slightly different solution: a magic item called the decanter of endless water. It’s a glass pitcher that can supply water on demand, and yes, it even has an explicit attack mode that duplicates the effects of the hydraulic push spell (in addition to modes fit for polite society). So then the problem becomes where to get one of those – on one hand, it’s actually considered a common magic item; on the other hand, it is a Level 7 item, which don’t just grow on trees.

For this, Steve supplies us with an answer in the form of Alan’s Almonds. (Personally, I would’ve gone with “Armand” because then you’re hitting repetition on the beginnings AND ends of the words, and… what the hell is happening, I’m as bad as them, aren’t I?) I think almonds were one of the crops listed in the background for the area, and yes, it’s a real-world truth that almonds require a LOT of water, so it’s even sort of realistic that almond farmers would probably want to have a magical water supply available to them. So… the logic checks out. On the other hand, Steve manages to make Alan even more obnoxious than the cabbage-loving mayor, so negotiating the right price to borrow the item becomes a bit of a chore; so much so that I’m rooting for invisible forces to burn Alan’s almond crop to the ground. I may even go a step further and shed no tears if Alan is the Night Lady’s next victim.

Though OK… now per Rob’s suggestion, I want to see what “Fuck You” looks like in elvish script. I’m sure there’s some Tolkien fan that’s already gone there. GOOGLE IMAGE SEARCH, DON’T FAIL ME.

Well, after a few minutes of fart jokes at the end of the episode. Sigh. I mean, Steve’s not wrong… cabbage is known for that. Just a little surprised he went for it. Or maybe I’m not. We’re going into our second year of references to the “poop dagger”, after all.

Well, after our intrepid heroes pop some Gas-X, next week we get back to fighting, unraveling mysteries, and saving this little corner of the world. As always, feel free to drop by our Discord channel or other social media and let us know what you think of the show: we were a little scarce over the holidays, but we’re all drifting back in now. Thanks for listening and we’ll see you next week.