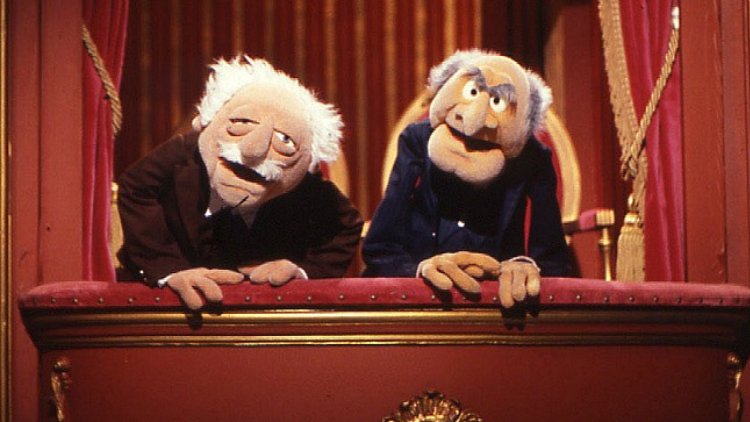 Jason recaps the events from Three Ring Adventure S3|13: Wake Me Up Before You Go-Go.

I’ve got a bit of a challenge. I got both my COVID booster and my seasonal flu vaccination Thursday, so I was pretty much flat on my back all of yesterday. I’m back in the saddle today, but I’ve got tickets to Spider-Man in a couple of hours. So can I slam out a column in that time? CHALLENGE ACCEPTED.

As we pick up the action, our heroes had struggled in their first encounter with the alchemical golems. Some of it was bad luck with the dice; some of it was not really having a tactical plan and charging ahead with “Alhara leaps into the room, eats a bunch of attacks, and gets pummeled almost to death”.

So for round two, the gang has a plan. First, Darius is going to stand in the doorway – you know, a natural chokepoint – and keep the golems from getting at the rest of the party as much as possible. Second, Alhara will use her staff to generate sonic damage, which the golems are vulnerable to.

Well, the first part of that plan goes almost flawlessly. Darius does his job as an attack sponge, as a fair number of attacks miss against his AC anyway, and the healers can stay ahead of the damage from the attacks that land. And our team also catches a break insofar as the golems hadn’t healed their damage from the first encounter so ONE of the two went down the first time it was struck, leaving just one enemy to fight.

About Alhara busting them up with that sonic damage though… oh dear. Alhara just whiffs, whiffs, and whiffs some more, the large majority of her attacks being single-digit rolls on-die. I think we saw Vanessa re-enact the whole “five stages of grief” thing and add a sixth – giving in to the absurdity and finding the whole thing hilarious.

Which was assisted by Steve’s Shit-Talking Golem. Move over HK-47 and GLaDOS… we’ve got a sassy new sheriff in town. Of course, part of what I found amusing was imagining the hypothetical backstory of such a creation. I’m some sort of master alchemist, I’m building this golem to help me with my work, and at the very end, I think to myself… “I could make it a friendly companion to help me pass the time, or imbue it with the knowledge to have deep philosophical discussions while we work… but why don’t we just make it a sarcastic asshole instead?”

The good news is, with only one enemy to fight, the party is eventually able to pull together and win, even despite Alhara’s dice woes. Though credit due, she does eventually get ONE hit in, and it’s as impressive as hoped, generating 5d8 sonic damage. So… note to future self: bring lots of different damage types along for dealing with golems.

Now we have the core mystery of the tower to unravel. It’s easy enough to fly up the shaft in the golem room and into the main chamber, and we gain a greater understanding of what’s going on. It turns out the xulgaths have built some sort of machine to drain the energy of the aeon stone powering the tower, and it will eventually destroy the stone. I have to admit, I thought the xulgaths’ plan was to steal the stones and take them back to the underworld; I didn’t think they were going full-on nihilist and destroying them. But now we know.

(As an aside, when they found the instructions for the machine, that seemed like a perfect time for an IKEA joke, and I’d like to register my disappointment that nobody made one. Is the machine made entirely of particle-board? Do they need to go back to town for an Allen wrench to disassemble it? Does it have a Nordically-spelled name like “JEMDRAANIR”? COME ON PEOPLE. If you can make Waldorf and Statler references, you can get this one.)

So with assistance from the instructions and a couple of solid crafting rolls from Ateran, the machine is disabled, and almost immediately… LET THE HEALING OF THE LAND BEGIN. Water gushes forth (albeit into a now corpse-infested waterway), signs of life begin to return, and our party gets a new boon. Swim speed, water breathing, and a daily cast of the control water spell which feels like it’s fairly situational, letting you raise or lower the level of an existing body of water. Honestly, it feels like something out of a Lara Croft/Uncharted-style game where the room is flooded and you need to lower the water level in the room to access the passage that leads to the next area. Only instead of activating gems or finding pulleys, you just cast a spell.

We’re also posed with an interesting dilemma as Loren wants to reject the boon as anathema to Hap’s character concept. Or at least wants time to think about how she could make it work. Basically, her point is that Hap’s character is so defined by her use of fire, that water abilities are just totally against what she’s been building toward. Now, if you want to metagame, I feel like ALL of these boons are going to get used at some future point in the adventure, so refusing one of them might end up being a bad idea. On the other hand, if Hap REALLY wants to reject a boon from Aroden, I’d say you go ahead and let her. And if they need to go on an extended swim at some future point, throw Hap into the bag of holding for a change.

With the second aeon tower cleaned up, it’s time to head back to Ferny for a well-earned Ewok moment, partying up with the shoonies. After that… maybe a circus performance, or maybe straight on to the second tower. And I suppose it might be worth checking back on Opper Vandy and seeing if there have been any further developments with his situation. On one hand, I still feel like that dude kinda deserves what he’s getting – he’s not evil with a capital E, but he is kind of a weasel — but it’s also on the way to the other towers and solving the mystery still benefits the town as a whole. Lastly, it sounds like our heroes are going to level between sessions, so next week, we’ll be introduced to more powerful versions of our gang.