The Sideshow S3|11: A Farewell to Arms - Roll For Combat 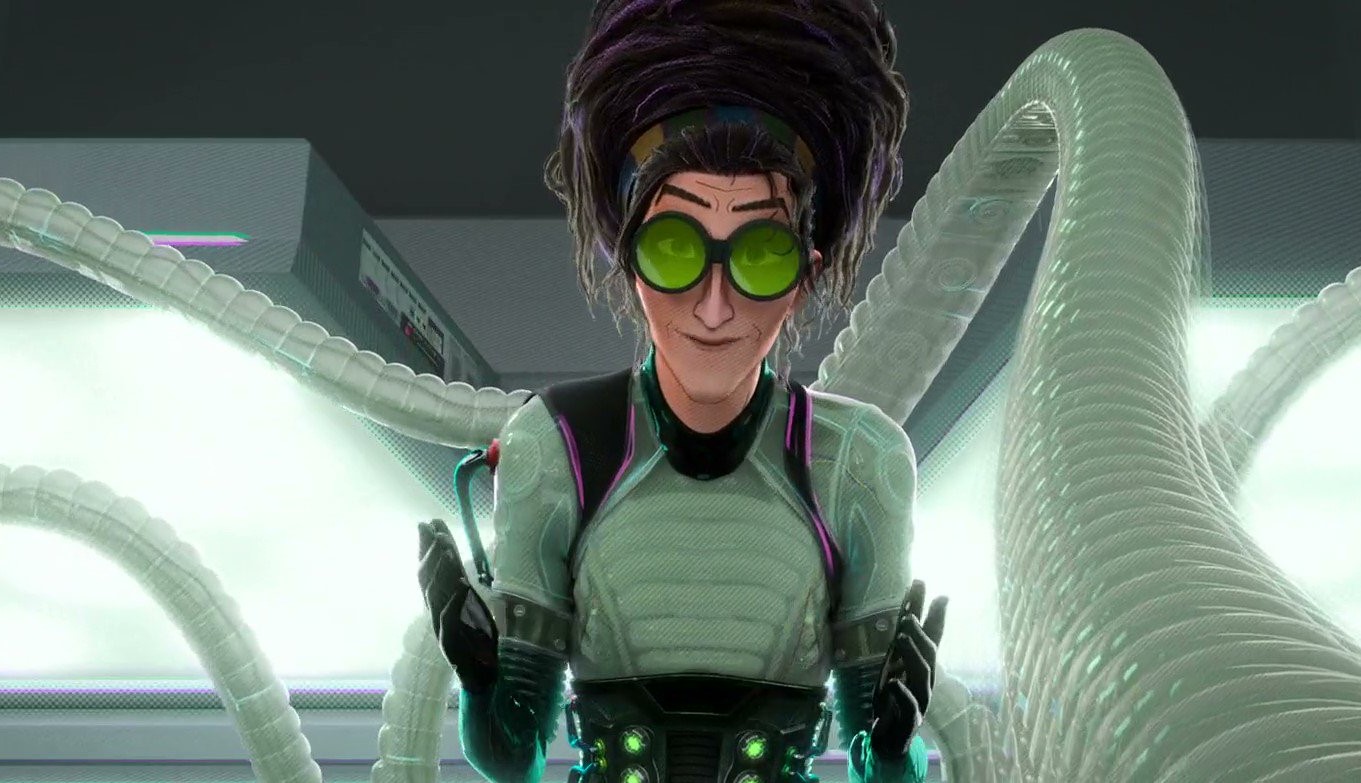 Hey everyone. I’m still here. Things were just pretty crazy this week because… well… my daughter tested positive for COVID. I’m fine (and have since tested negative), even she’s no worse than “worst cold you ever had” levels of sick… but I spent most of the week re-learning all that DEFCON-1 stuff we did in the first few months of the pandemic and didn’t really think about writing anything. Look, you wanna think I’m being a preachy pain in the butt, be my guest, but I’m gonna say it: get those boosters and keep wearing those masks. It’s my wish for none of you to have the week I just had… and I wasn’t even the one who got sick.

So anyway… The Roper Returns. (OK, it never really left… so more like The Roper Remains.) We pick up with Alhara getting knocked from almost full hit points to zero in one round of attacks, so… this thing’s a bit of a challenge.

Now, I went and looked up the stat block for the roper, and we have to refine the meta on attacking the tentacles a little bit. Last week, I was kinda running with “well, you just need to AoE them down”, and it’s actually not quite that simple. Specifically, it appears that it has to be slashing damage and the attack needs to do at least 18 points of damage. (Unclear whether that’s meant to be cumulative, but I feel like it’s meant to be a single attack; otherwise, the GM would have to keep track of the location and hitpoints of all six strands, which… sounds like kind of a nightmare to administer. So let’s go with “if you don’t sever it entirely, it goes back to full”. But the main point is that something like Hap’s fireball AoE would NOT sever the tentacles, and the damage would go to waste.

(Also worth noting that the AC and HP of the tentacles don’t change with the elite/normal/weak versions – always 27 AC and 18 HP. Only the strength of the body changes.)

The good news is, the fire piece of the damage not only works just fine, and ropers are extra-susceptible to it. So… Hap turns into an elemental… OR DOES SHE? At first, I was a little bit surprised that Hap turning into an elemental while in the roper’s grasp didn’t cause some sort of fire damage, but that seems to be a difference between First Edition and Second Edition – she’s not actually a full elemental, but something else. In First Edition, the corresponding spell was elemental body, and you literally turned into an elemental, with all of the corresponding features. (I’m familiar with this: I played a druid in Carrion Crown and spent most of the game in air elemental form for the flight – so much so that my character picked up the nickname “Windy”.) With 2E’s elemental form, it is specifically “an elemental battle form” which sounds like the intent is “mostly human but with a little elementally-themed flair”. You do get the associated form of movement and a typed melee attack, but you’re still mostly human. So I guess after reading over the spell, it makes sense that Hap would be more “extra-fiery 16-year-old girl” and not an “actual walking blob of fire”.

(2E has a fair amount of that. There’s a whole section of… I want to say the Advanced Player’s Guide… that covers polymorphing, and it’s more geared toward transforming into something that has CHARACTERISTICS of the thing than a true polymorph into that thing.)

Hap also does something in this episode which… at first glance, it seemed reckless, but thinking about it further, not really… by going into melee range and protecting Alhara by standing between her and the roper. Now… my first instinct was “HAP WHAT ARE YOU DOING?” because, well… squishy caster. But thinking further about it, this thing’s got 50 feet of reach anyway, so unless there’s a plan to get everyone out to 51’ away and nuke it down from there, the difference between being 30 feet out and being right in its face doesn’t really matter. As a caster, she can’t even really do the “hide behind the corner, step out to shoot, and then step back into hiding” method because most of her spells take two actions. (Also… can the tentacles go around corners? Is a roper meant to be closer to Doc Ock or just Wacky Waving Inflatable Arm-Flailing Tube-Man?)

Our team EVENTUALLY carries the day. Poor Alhara gets pummeled a bit, but the rest of the team is able to turn the tide and win. We even get a taste of Puppy Parkour as Riley manages to dodge, duck, dip, dive, and dodge between a few of the roper’s attacks: sign him up for one of those agility courses! There’s a brief debate about whether to call it a day because of the enfeebled condition (it decreases 1 point per 8 hours), but Ateran has a spell for that: Ateran cures Darius entirely, and the others are only at a -1, which is workable. So they decide to continue. At which point they fairly quickly run into their next challenge: a… well… tell us what that is, Ateran!

This brings me to one of those things I always wrestle with in this game: battlefield information checks. I end up in this role in the Edgewatch game a) because Basil has a high INT, and b) because he has a specific skill that lets him Recall Knowledge as a free action. The question I wrestle with is how much of that should be fair to convey to your teammates in the heat of battle, and how much gets into metagaming. After all, a round is supposed to represent six seconds. If Steve reads out a whole stat block, could you REALLY convey all that to the rest of the party? On the other hand, I’m not sure I really want to deal with the overhead of Steve giving me information in private and then putting a stopwatch on me while I attempt to summarize a “realistic” amount. It’s probably just easiest to bend the definition of a round for this and keep the game moving.

So thanks to Ateran and a liberal definition of six seconds, we know it’s an alchemical golem. Remember your golem basics when it comes to magic: extra-susceptible to one (sonic, in this case), slowed by another (cold), HEALED by a third (acid), immune to everything else. So… that’s gonna create some issues for poor Hap. Now, I have some insights on this from having faced an alchemical golem in a different setting, but since that’s basically where the episode ends, maybe you’ll just get those next week.