The Sideshow S3|10: Feats of the Feet - Roll For Combat 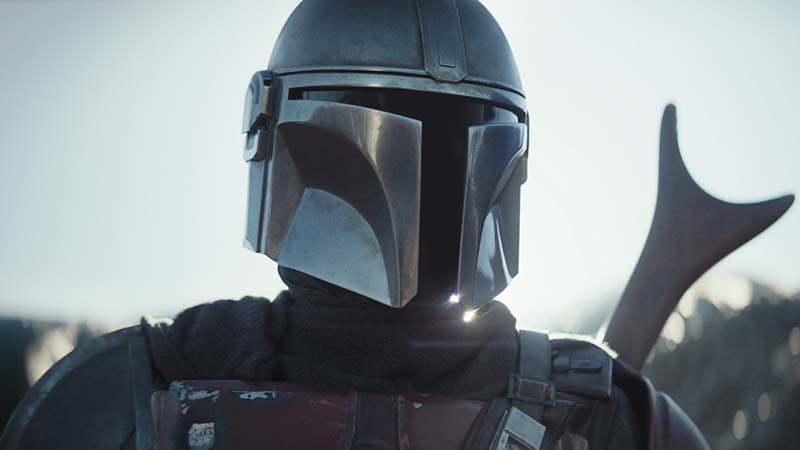 It’s Black Friday, so time to stay inside and avoid humanity as much as possible. But I’m going to wait until all three parts of the Beatles documentary are out before I watch that, so I guess I’m catching up on writing today. THIS IS THE WAY.

I’m just going to warn you that this week’s column is a little more of a collection of random esoterica. It’s a battle episode, but a battle that didn’t run to completion, so it’s hard to evaluate as a finished product. There were a few moments I’ll come back to within that, but it’s a little hard to evaluate how effective things were when you’re still in the middle of it.

So we start with the show notes. I think the main takeaway I had from Steve’s dissection of the rules is that we’ve just gotten tremendously better at game design overall, perhaps with a detour into how much computer-based gaming has influenced the evolution of pen-and-paper games.

If you think about it, the first versions of D&D were not much more than a series of best guesses designed to duct-tape some fantasy lore onto traditional tabletop wargaming. We’ll create a rule and if it feels fun, we’ll leave it in there. If it’s not working, we’ll change it or throw it away. Even up through 3rd Edition and 3.5, formal game design was starting to become a Thing, but the majority of choices were dictated by feel and by the inertia of what came before.

But then the thing in the middle that really changed the game – figuratively and literally – was the rise of computer-based RPGs. I think the digital world offered two major changes. First, the market moved faster and had more competitors, so innovation generally came faster. Second, the nature of computing – your “GM” was a dumb box of electronics you have to write a bunch of really explicit rules for – made for a pretty efficient gatekeeper for “these are the things we can solve with rules” and “these are the things that either we CAN’T solve, or aren’t worth the coding effort/money to solve”. The interesting thing is that the latter bucket refined the (excuse the obnoxious consultant term) use-case for what tabletop RPGs could offer that computers couldn’t… the places where a human GM playing with human players at a table could really shine.

So all the good stuff about feedback loops and reinforcement and really TIGHT rulesets that a CPU could understand made their way back to the tabletop world, but with a better understanding of where the dividing line between codification and the human element lived. 4E was probably a bit of a misstep in that sense, but 5E and now PF2E have done a much better job of capturing that distinction, and our games are better for it.

The other rabbit hole that I threw myself down this week was the question of movement speed. It came out of the debate about whether Hap could fly back to town or not. So I sat down and crunched numbers. The average humanoid movement speed is about 25’ per action, which is 12.5 feet per second. If you hand-wave the stamina as sustainable and crunch the numbers, that works out to about 8.5 mph. Having done a little running in my younger days, that’s definitely a brisk run, but not “champion marathon runner” fast (in the pre-pandemic sports world breaking the two-hour mark was the big deal, which would be in the ballpark of 13 mph).

Although… working backward to carry this thought exercise further, that means that something around a 40’ movement speed gives your character a pretty solid chance of winning next year’s Boston Marathon, and if you can pump it up around 80’, they could challenge Usain Bolt in the 100-meter dash.

Now, while I was already being pedantic and obsessive, I wondered how fast one could move and still be on one’s guard – that is, being able to do active Perception checks and such. I used the Step as the model for this: if you’re able to move 5 feet and protect yourself from an attack, you can probably move 5 feet and look for traps or listen for approaching enemies. Converting THAT to a land speed, you get something a little less than 2 mph, and that feels right… it’s a pretty slow walk. That’s like treadmill-on-cooldown speed where you’re having to exaggerate the slowness of your steps to avoid walking into the bar at the front.

Of course, the point of ALL of this (yes, there was a point… don’t look at me that way) is that yes, Hap has PLENTY of fly speed to get to town and back, even if she stops and rests periodically. All so we can get another round of restaurant-based humor in the form… I mean “phorm”… of Phoebe’s Phried Phish.

When Hap gets back and the team rests up, we enter the temple, and we almost immediately get into combat with a roper. (Or are there two? I got a little turned around and honestly wasn’t sure.) If you’re not listening to both shows, we had an encounter with a roper in our Edgewatch game, but we mostly avoided fighting it. We took a round of attacks and then turned it into a social encounter, buying it off with shiny trinkets. (It helped that it was guarding a non-critical part of the dungeon and there were other ways to go around it.)

The first question raised is “how DO you trip a stalagmite?”. I guess I always thought either ropers couldn’t move at all, or at least it was a fairly secure suction-cup thing, but whatever… I guess trips work on anything. If you don’t obsess about feet and just think of it as “DEX-based knockdown” there’s probably some way to make it happen.

The other interesting issue raised by the roper was the tentacles being their own entities with their own hit points and ACs. I’m fine with that as a rule, but it does seem like it raises some questions, or at least requires a few clarifications. The one obvious one is that if they’re separate targets, they should ALL be affected by AoE: Hap hasn’t had a chance to really test that yet, but I suspect it’s coming. It’s also worth asking whether they take up space while they’re extending and retracting (or when they’re extended to grab someone). Taking the most obvious case: if they reach out and grab someone at the end of their 50’ range, does that mean there’s 50 feet of tentacle available to attack? Is the tentacle enough of a separate entity to trigger attacks of opportunity as it’s extending, or does it not count since the base creature didn’t move? Does the tentacle itself obstruct movement through squares if it remains extended? Could an extended tentacle be used, for example, to block a corridor so the party couldn’t escape?

I guess we’ll figure out the answer to some of these questions next week. Or maybe Hap will just nuke everything and they’ll go unanswered. An equally likely outcome. Either way, hope you’ll join us. As always feel free to drop by our Discord channel or other social media and let us know what you think of the show. Thanks for listening and we’ll see you next week.