The Sideshow S2|24: You Sit on a Throne of Lies - Roll For Combat 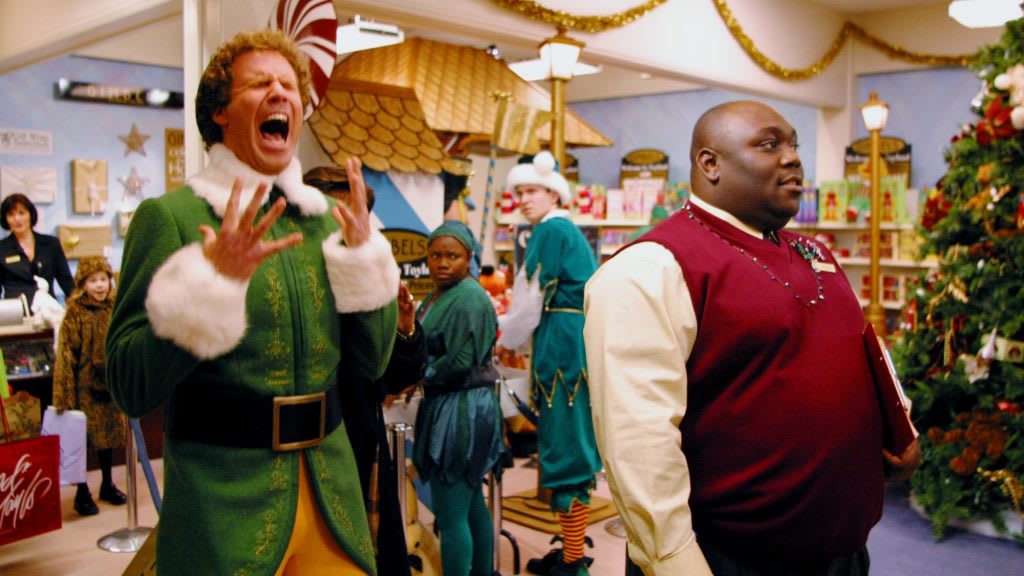 Sorry, this week’s Talking is a little late. Real-life intrudes in the form of… well, take your pick: a teenage son who’s a little behind on his assignments in school and needs a little help getting across the finish line, or sitting in a dark room pouting because my hometown hockey team’s been eliminated from the playoffs. Perhaps a bit of both.

Also, I have to admit I needed multiple listens to figure out exactly what was going on with the Hap and Darius “wish” scene at the end of the episode. I kept getting interrupted by other things and Loren was being a little cagey and leaning into the roleplay in her descriptions, so I couldn’t quite piece together what was happening at first. Just that it was weird and silly and… ok, maybe a little disturbing when Darius cradles Hap like a baby when making his wish.

I think I managed to piece it together, though. Both Vanessa and Loren mention using a 4th-level spell slot on this project, whatever it is. (The “nah, you don’t need that for healing” joke.) Going through the spell list, the spell creation, which creates a temporary object from eldritch energy, fits the bill. If you need some supporting evidence, I’d point out that since it’s on the primal spell list, the created object must be of vegetable matter – which would explain the detail of the plate being made of wood and the fact that it didn’t really taste like bacon.

Which misses the forest for the trees a bit. The hidden scandal of the episode. Hap tried to foist VEGAN BACON on Darius. That’s just wrong. Friendships have ended over less. If Darius defects to the Celestial Menagerie at some future point… this is the moment time travelers from the future will have to go back and undo.

COME BACK WHEN YOU CAN MAKE REAL BACON FROM A PIG, GENIE-GIRL.

But OK… all of this is me dancing around an uncomfortable conversation. For one of the few times ever for this space, I’m going to put on my Poindexter glasses, go full Rules Lawyer, and blow out the central premise of this week’s episode.

Ateran should not have been in any danger of being killed by their own healing spell.

Sorry. It brings me no joy to say it because it was “great radio” in the moment. As I write this, I feel like I’m telling a bunch of 10-year-olds Santa doesn’t exist. But the rules are pretty clear, and I guess I’m a little surprised both Steve and Vanessa missed it since they both usually know this stuff inside and out. Reading the text of Spirit Link, it’s right there in the last sentence: “You can Dismiss this spell, and if you’re ever at 0 Hit Points, spirit link ends automatically”. “You” in this case, is the caster.

That’s not the least bit ambiguous. It’s true that Spirit Link is a fire-and-forget, rather than a sustain. (Can you imagine if Ateran had to give up one of their actions every turn to let people heal?) But Spirit Link does end if/when the caster gets knocked out. So yeah… there it is, me peeing in the punchbowl. Feel free to boo. Internally, I’m booing myself.

Don’t get me wrong, it was still an exciting fight. It’s good to see the party tested, and anytime someone reaches Dying 3 and has to seriously think about breaking out the Hero Points, it’s an important moment. Personally, I also liked the synergy of going from one babau in the first fight to two babaus the second time around, and now three in the finale (even though one of those was the runner from the previous fight). But I’m afraid the dark-comedy self-inflicted demise underpinning the whole thing was a mistake.

Of course, one side effect of Ateran’s brush with death, however it came about, is that it cuts the exploration a little bit short for the day. We still have unexplored rooms to clear, and the mysteries connected to Ulthadar remain to be untangled for at least another episode. Also, I had to go back and check, but there was that handwritten note that I BET contains a whole lot of plot dump; in the aftermath of making sure Ateran didn’t die, the party forgot to really look at that. Since xulgaths aren’t known for their beautiful penmanship and I’d think anything “original” would’ve been destroyed by age or the xulgaths trashing the place… I’m actually going to put $5 that Mistress Dusklight is either the author or the recipient and it explains more about her role in all of this. That’s my thinking for now, and I stand ready to be proven wrong next episode, or whenever they get back to looking at it.

So yeah… kind of a “short” episode this week – yeah, still an hour-forty, but when you spend most of it fighting, it doesn’t leave as much to write about. I assume the gang will return tomorrow to take another swing at the pinata since we haven’t really heard anything circus-related recently and since this seems to be the main plot focus.

Speaking of which, I thought it was an interesting point Steve made about having the circus itself exist as a ready-made pool of party members ready to go if someone DOES die. The snake-lady could be upgraded to a druid or ranger, you could make a rogue out of a member of the Feather Fall Five or the Dwarven Throwers; we don’t know what the “real” Jellico can do, but maybe he turns out to be a much better mage than he was a clown or something. And then there’s the new characters who just joined – the ysoki alchemist and Aives, the guy who defected from the Celestial Menagerie mid-fight. Of course, one could write in a brand-new character pretty easily – traveler hears about the newly successful circus and wants to join up and use their talents – but they don’t come with the pre-existing awareness of the backstory that those other characters do. Heck, with the new Lost Omens Ancestry Guide, maybe Riley can get a field promotion to Beastkin.

Just not Gibzip. If Gibzip ever joins the party permanently, I’m outta here. (And based on her reaction, I suspect Vanessa would be too. She seems to share my loathing.)

But that’s all speculation. For this week, rest, relax, and… I’m assuming… get ready to go back in next week. As always, feel free to drop by our Discord channel and let us know what you think of the show. Thanks for listening and we’ll see you next week.