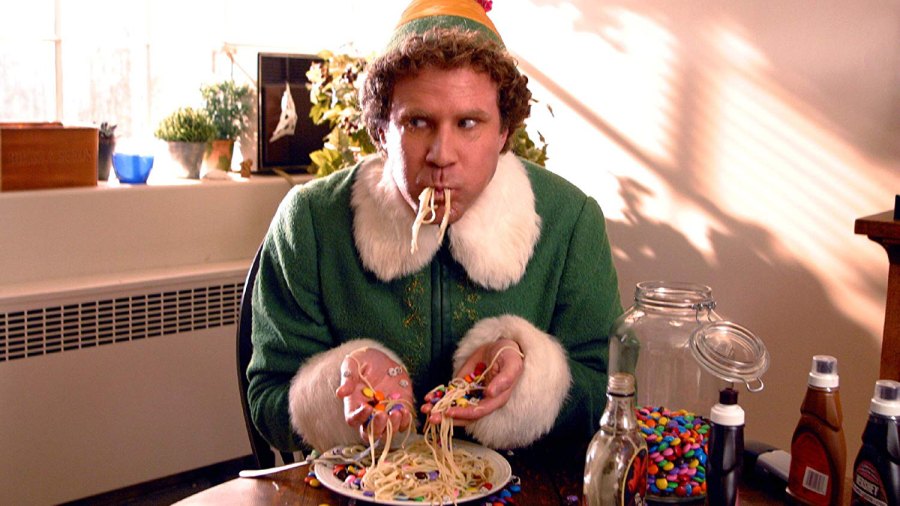 I wanted to start with a brief plug within the RFC family that might be of interest to some of you. Vanessa Hoskins (Alhara) is starting a brand-new show of her own: “Super SmashFinder”. As you might be able to suss out from the title, it’s basically straight-up arena combat within the Second Edition system. Character development… social interaction? Screw that… let’s fight! The first episode should be airing this coming Monday at 9 pm: you can find more episodes here.

So anyway… this was kind of a goofy episode this week. I think the transition between Books 1 and 2 kinda threw the team out of their usual routine, but that’s not a bad thing because it became an interesting hybrid of the characters roleplaying and the players interacting as people. And a young Darius appearing in muscle magazines, apparently?

Plot-wise, the team takes the circus from the sleepy backwater of Abberton to the larger (seaside) town of Escadar. There’s also the intrigue of a reunion with Mistress Dusklight and the competing circus, which carries with it a potential reunion between the Varus siblings and their father. But that’s all in the future: this week it’s all about navigating bureaucracy and exploring the local dining scene.

I did want to dig in on one thing from the team’s Level 5 characters. We already talked about Hap taking the Beastmaster archetype last week; this week I wanted to talk about Darius taking Assurance. Those of you who played First Edition Pathfinder may have been wondering where the concept of “Take-10” went. Well… that’s sort of what Assurance is, but not totally. In some ways, it’s better, but in some ways, it’s worse.

First, the Assurance feat is taken per skill. Nobody comes out and says the words, but what Rob took is actually “Assurance in Medicine”, and Darius only gets that for Medicine checks. If you want Assurance in multiple skills, you have to take the feat multiple times.

Second, unlike Take-10, you can use it on ANY skill check within the skill Assurance is assigned to, even ones taken in combat. Take-10 was strictly a non-combat/downtime thing – you had to have time to go carefully to use Take-10; this doesn’t specify such a limitation.

But here’s where we get to a double-edged sword: Assurance ignores ALMOST all modifiers, positive and negative, including your attribute modifier. So that +4 for INT? You don’t get to use that for Assurance. But that also means if you’ve been debuffed, you don’t have to deal with those penalties either.

Put that in a blender, and it feels like there are two big use cases for Assurance. The first – the more typical case, and what Rob’s doing here – is as an “I WIN” button for flat checks. Medicine is PERFECT for this: since Treat Wounds will ALWAYS be at 15 and won’t ever get more difficult, the Assurance “roll” becomes an automatic success. So if never failing is worth giving up your chance at a critical success, Assurance is the way to go. The other is in situational cases where negative effects cancel out your positive modifiers anyway. So if you’re suffering from a status ailment, or there’s cover, or the multi-attack bonus (if it’s something like Athletics), maybe Assurance gives you a better chance of succeeding than a straight roll. Think of it as being cool under fire and having at least a chance to succeed under adverse conditions.

I have to admit nothing else really jumped out about the leveling process. Some of it is just how Level 5 is. The biggest change for a Level 5 character is the ability score bump – +2 to four stats, unless the stat is already 18, in which case it’s +1 – which just passively makes everything about your character better. You also get an ancestry feat, but those are usually fairly subtle effects. Alhara does get an extra damage die on her precision damage, which is kinda nice… as long as the enemies are vulnerable to precision damage. (That’s not meant as snark – Basil has the same basic issue.) The biggest change will be that Hap and Ateran get access to 3rd level spells, but I figure we’ll deal with that down the road when they start using those spells in combat situations.

So we arrive in the circus’ new home for the next 40 episodes, and it’s time to get settled in (despite Rob’s willingness to jump ship at the lack of bacon). We have a brief character interlude between Alhara and Ateran where Ateran gives Alhara a magical charm of some sort. I’ll confess – I took a brief run through the rulebook to try and figure out if this was a crafting, a spell, or whatnot… and ran out of patience, so I asked Rob P. himself, and he confirmed it was the general feat Root Magic. Surprisingly not a class-specific Witch ability, though it has a very similar flavor. Basically, it’s a charm one can give to an ally that gives the user a bonus against their first save of the day against a spell or haunt. It was a nice touching little moment, especially since they’ve been having some ups and downs recently. And OK, I did like the personal touch of Ateran giving themselves a really awkward haircut to supply the raw materials; I just hope they don’t have to do that every time they prepare the charm because bald Ateran might give me nightmares.

Finally, the circus arrives at their new town, and the first step is convincing the local magistrate to let them perform, with the added wrinkle that Mistress Dusklight’s people have been spreading rumors in advance of their arrival to try and sandbag the competition. Setting aside the specifics, I kind of like the idea that an adventuring party acquires some notoriety and a reputation that follows them around the world… and sometimes even arrives in a new town before they do. It makes the whole world feel a little more connected and lived-in. Fortunately, a few strong social checks later, and the circus at least has permission to play, though I feel like they got a bit of a raw deal: they have to clear the land of critters themselves AND they have to kick back a portion of their gate. Seems like one or the other would’ve been fine. I mean, come on, the circus folk are basically doing a major public works project for free!

(Now, putting on my GM or adventure designer hat, I assume this serves as a low-stakes way to let the characters break in their Level 5 characters… fight a few battles against critters completely unrelated to the plot. And then they can set up the circus and get the actual story moving again.)

The finishing touch of this episode was the team’s group dinner at Lowder’s Chowder. I always like these little moments of connective tissue where Steve goes off-book and just wings it because it’s adding that little touch that’s uniquely ours. As an extension of “making the world feel lived in”, you also have “making the world feel like it’s uniquely yours and not just a product pulled off Paizo’s shelves”. And that’s absolutely NOT a complaint against the AP writers by any means: it’s just fun to have your own little personal touches that no other campaign has, especially when they grow and build on each other over time. It’s also a way to “honor” the games you’ve played before and the people you played them with… even if they’re no longer at the table… by keeping them in the collective memory.

To put it another way: EVERY group who plays Extinction Curse is going to have their story about how they beat the big bad boss. You can compare who played it better or worse, whose tactics were more optimal and such, but everyone will have had some version of that experience. Sometimes, it’s the moments where you throw out the book and go off-roading and have an experience nobody else could’ve had that are the things that stick in your brain best when you’re remembering the campaign months or years later. Behind the scenes, we’ve even jokingly started calling it the “RFCCU” – the “Roll For Combat Cinematic Universe”. Certainly “Old Woody” is one of the mainstays, but things like naming a robotic sidekick character CHDDR, Spirit’s Spirits… maybe Lowder’s Chowder can be one of those things too. Maybe it’s Golarion’s first franchise restaurant chain, and we just don’t know it yet!

So next week, we rejoin the game as our well-fed party of Level 5 adventurers will have to clear out a plot of land that I’m sure isn’t dangerous at all! As always feel free to drop by our Discord channel and let us know what you think of the show. Thanks for listening, and we’ll see you next week.